Fortnite Presents: How to get the free Wooly Warrior Fortnite Skin Early 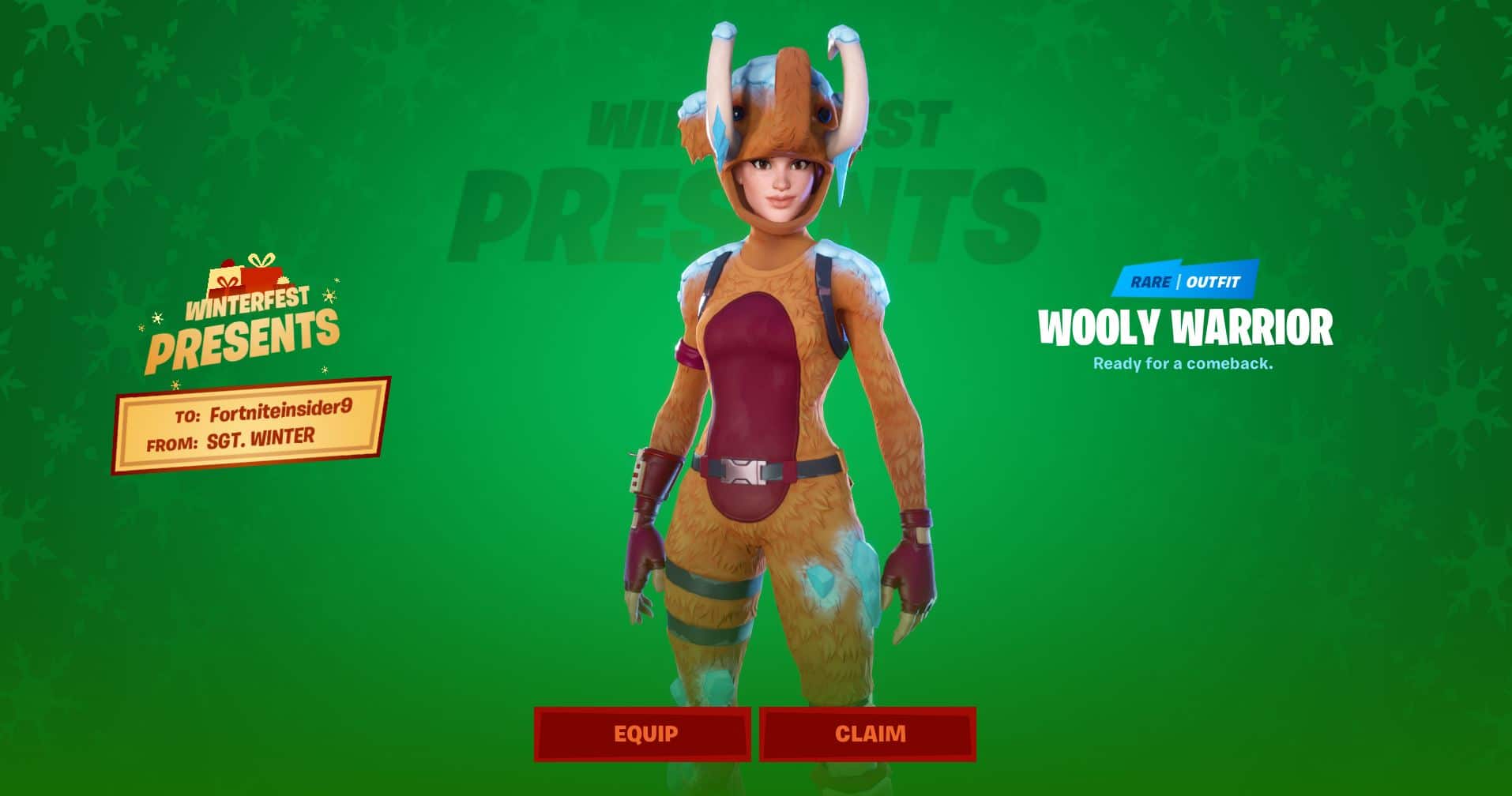 It looks like players are able to get the free Wooly Warrior Fortnite skin from the presents early.

It’s day 11 of the Fortnite Winterfest Christmas event and each day, players can open a new present in the lodge. So far, players have been able to get wraps, loading screens, music packs, emotes, glider and a free skin called LT. Evergreen.

In the blog post announcing the winterfest event, Epic stated that there’d be two free skins available from the lodge. It’s well known that the present that has the Wooly Warrior skin is the large green present on the left, which can only be opened on the last day, but there’s a way to get the free skin today.

How to Get The Wooly Warrior Free Skin

In order to get the Wooly Warrior free Fortnite skin, you’ll likely have to make another account if you want it early unless you haven’t opened the presents on the right.

The Wooly Warrior skin was added in the v11.30 update, but was encrypted at the time. However, dataminer Silox managed to leak ingame footage of the skin, which at that time was called “Woolly Mammoth”. It was decrypted a few days ago along with the LT. Evergreen skin when it was available to get by opening the Christmas tree in the lodge.

Here’s the message you’ll get when you open the green present:

It appears as though some players are able to get this skin whilst others can’t. We only tested this on the PC on a new account and managed to get the free Wooly Warrior skin on the first attempt. We created a YouTube video which we’ve included below as proof on the skin being available today.

It’s likely this is an error from Epic Games which could be fixed in the near future.