Fortnite Pumpkin Coins Locations: Where and How to find and Collect pumpkin coins in any featured island 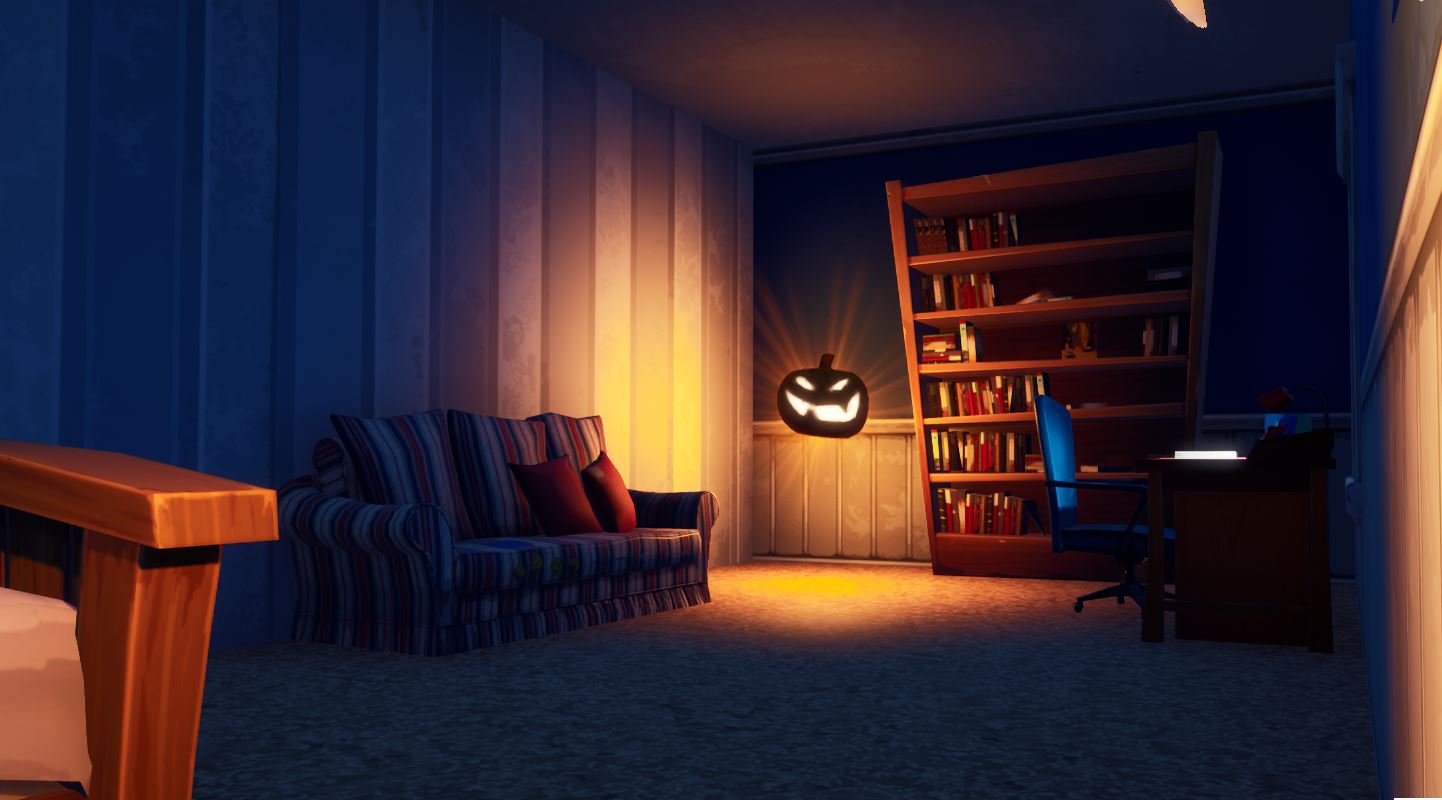 Here’s the quickest ways to collect 15 pumpkin coins in any featured islands for the Fortnite creative curse challenges.

We found one of the island to be particularly good to find and collect Fortnite pumpkin coins. It’s best to do this challenge with a friend or two and turn on party assist to help complete this creative curse challenge as quickly as possible.

The featured island we used to find and collect pumpkin coins is the “Find the Pumpkin” creative island. Head over to the creative game mode, click on start a server, and launch. You’ll then find yourself in the creative hub. Walk straight up the stairs, and when you see a featured creative, change the destination and input the following island code “0414-9665-0019“. Wait for the creative island to load and then enter.

In this island, you’ll need to find the different pumpkins around the map. There are three different types of pumpkin you need to find to unlock the next door, when you find one, they’ll laugh. There’s also pumpkin coins to find and collect. Let’s get started.

From the above image, you’ll want to go straight past the two books shelves with one of them having purple text warning over it. Turn to the right and head down the stairs. Take the first left and continue forwards. On the right side cage, you’ll find a pumpkin coin. In order to get into the area, you need to jump on the table next to it and crouch to get into the window. Go through the window and collect the pumpkin coin. Jump on the coffins and crouch to get back out the window.

In order to unlock the next stage, you need to find a pumpkin (not a coin). From the window you just went through, go straight and jump behind the two coffins. Once it laughs, you’ll have unlocked the next stage.

From the two coffins, go right, straight, and head up the stairs. Continue straight and can go either left or right to go outside. Go left as you’ll be closer to the next pumpkin coin. When you go down the stairs, go to the very left and take a right. You’ll find another pumpkin coin floating on the floor as seen below: 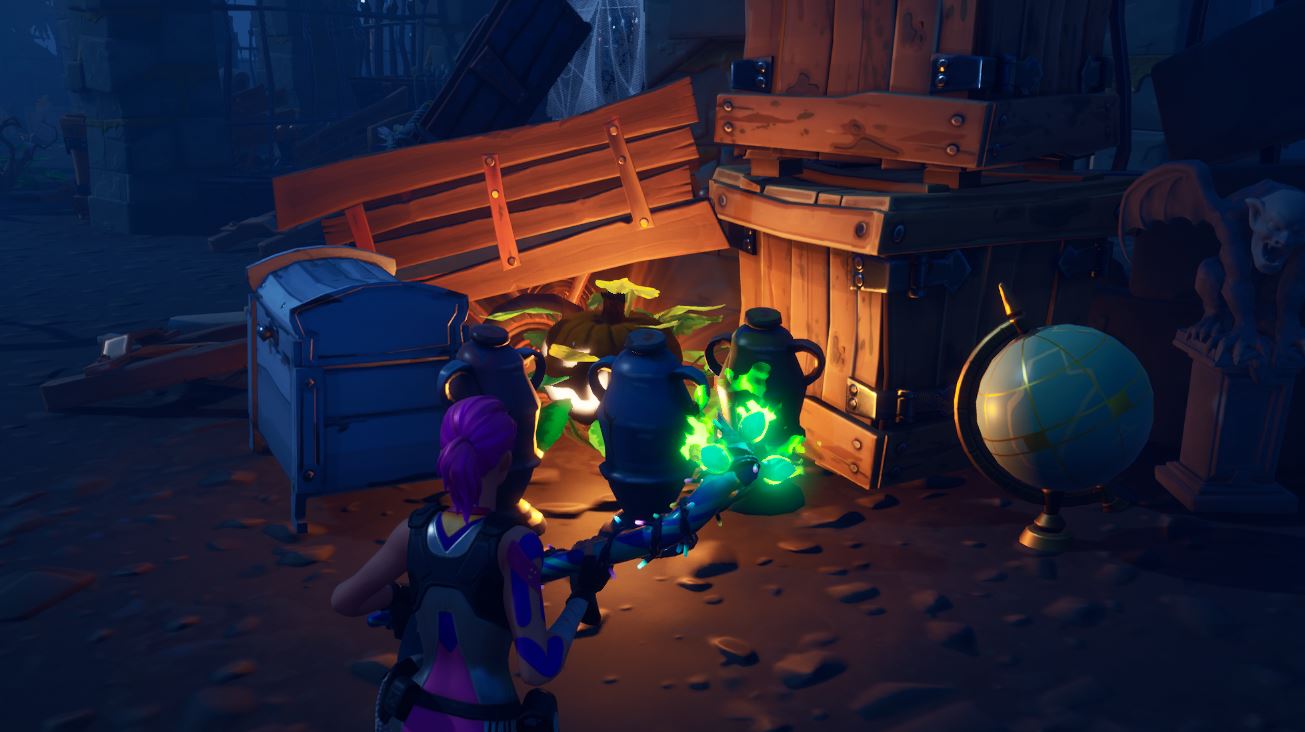 Collect the coin and go back to the very first set of stairs in the area at the back (there’s two, one is closer). Jump on the wall near the stairs and you’ll find the pumpkin. You’ll need to jump on it to unlock the next stage. 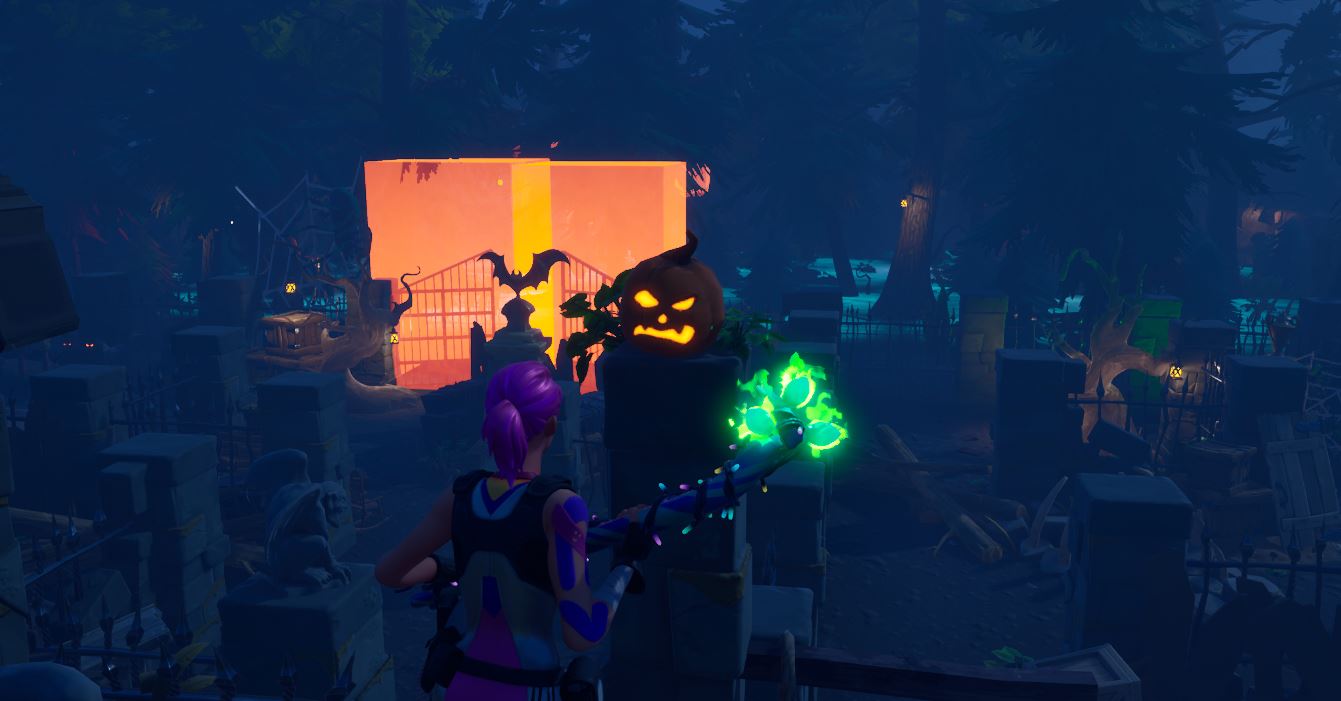 Continue straight past the gates and go towards the left. You’ll find another pumpkin coin floating in mid-air. 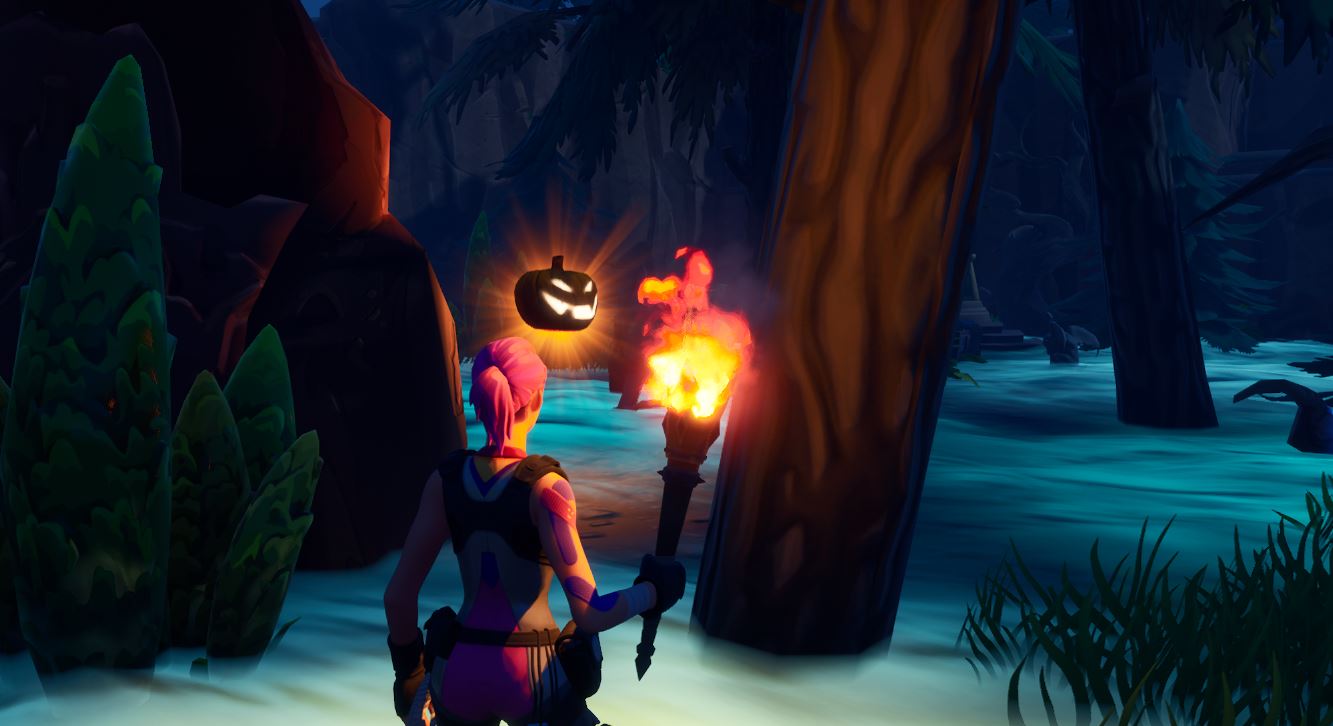 Head backwards once again and you’ll see the two walls on either side make an entrace for the next stage, which is a barn. Go straight ahead, up the stairs to the first level, and you’ll find the next pumpkin coin floating behind the hay stacks as seen below: 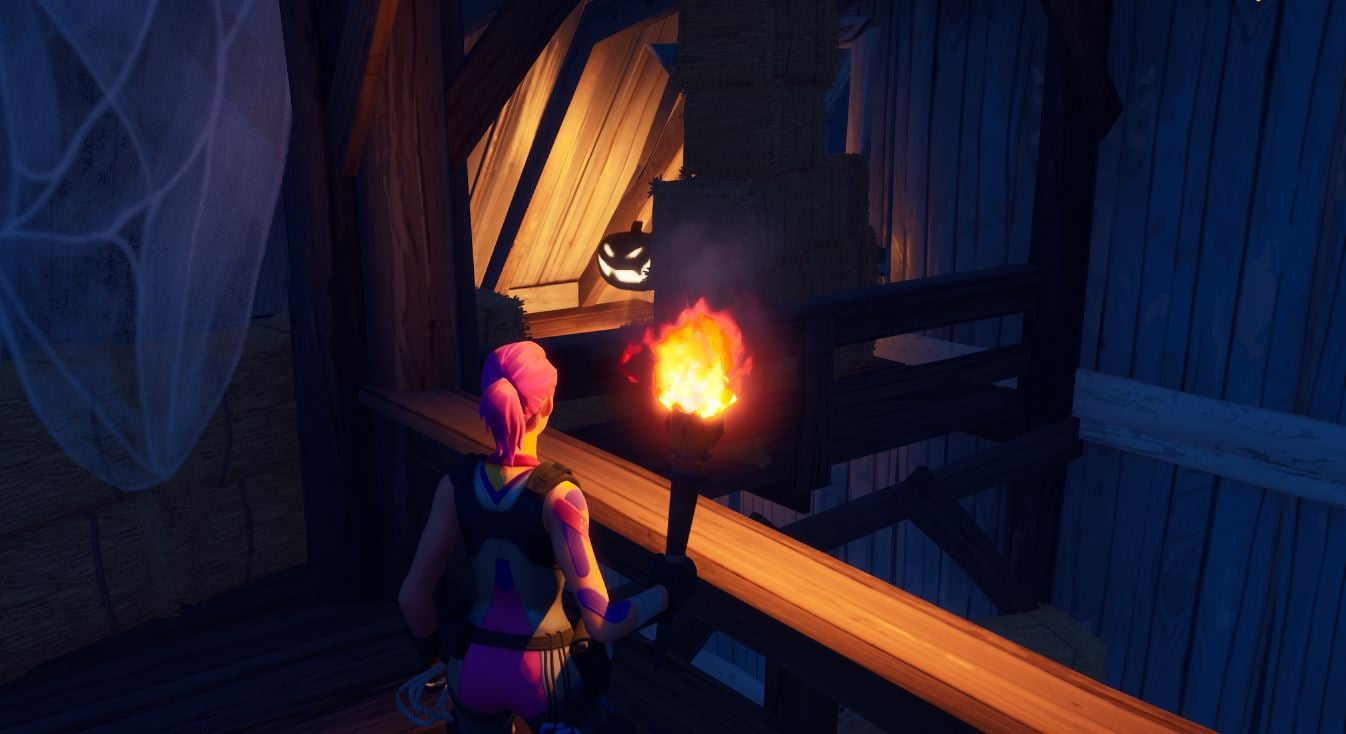 Go through the white cloth and walk into the pumpkin coin in order to collect it. Now head upstairs in the barn and as soon as you are upstairs, you’ll see hay piled up near a window. Jump on the hay, crouch, walk along the wood and you’ll find the pumpkin you’ll need to get close to in order to unlock the next area. You’ll need to jump from the wooden plank onto where you see the pumpkin. I found that you’ll need to touch this pumpkin in order for the next stage to unlock. Jump down and head straight from where you found this pumpkin.

Go throught the tunnel and take the very first left. Follow the path around and keep to the left. You’ll see a spider near the entrance of a location. Head down and you’ll find a giant spider. Continue forward and on the right behind the pots and chests, you’ll find the pumpkin to unlock the next stage. 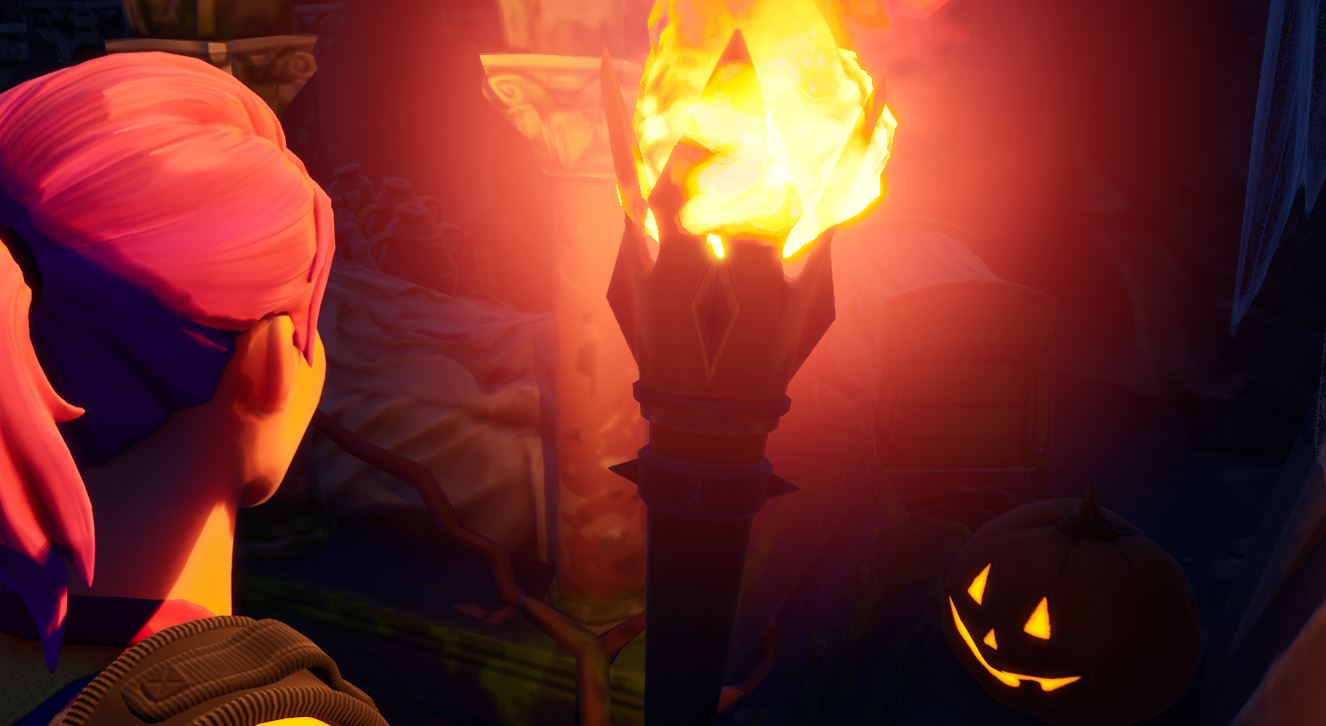 Jump on the pumpkin and head back. Take the first left and then on the right you’ll find the next pumpkin coin floating. 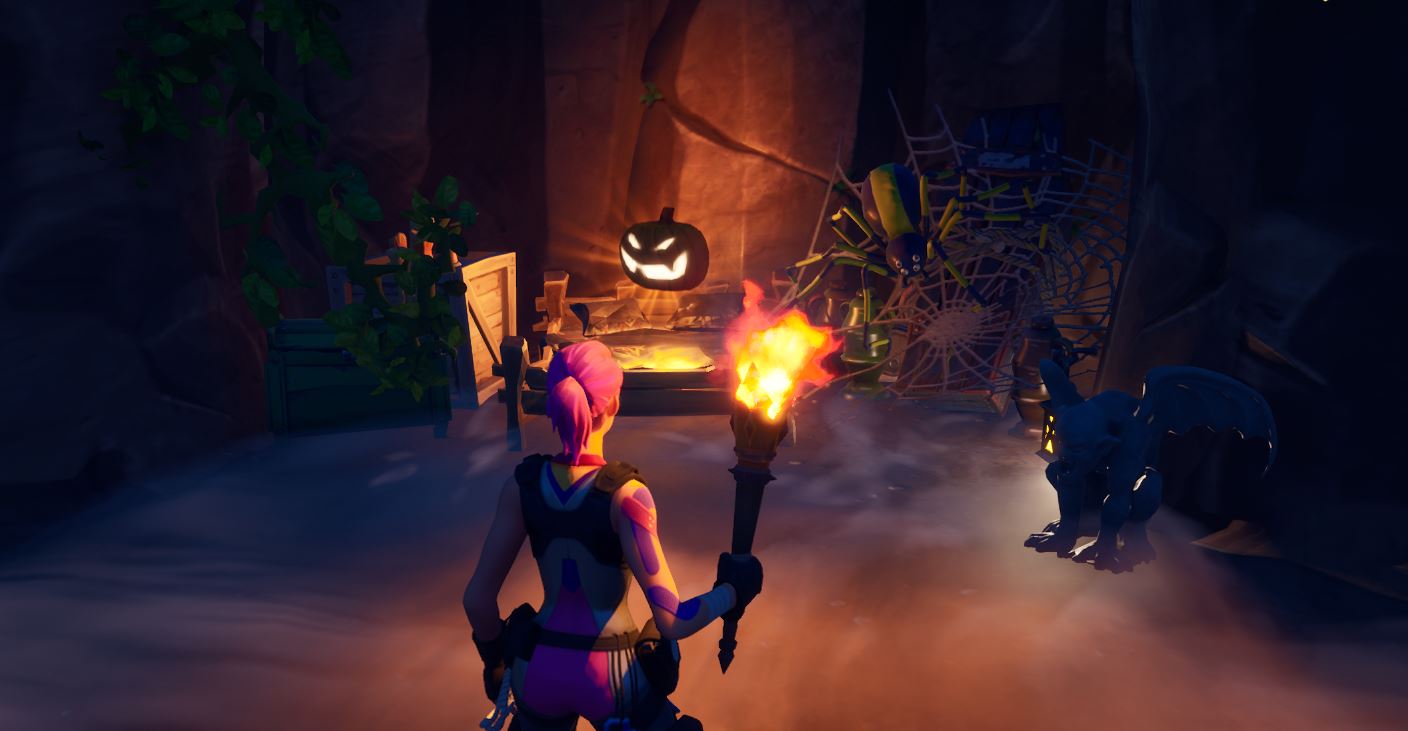 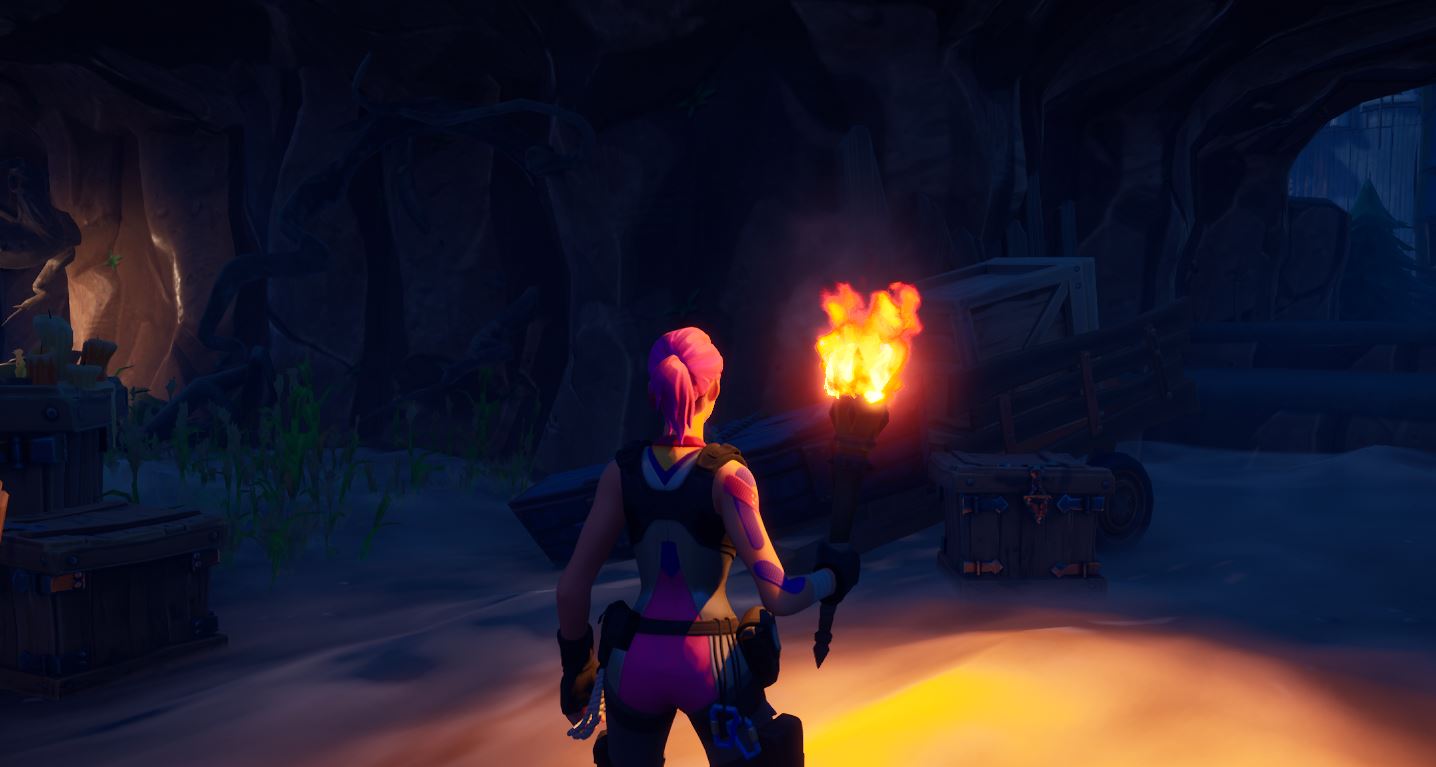 You’ll find an path to the left or you can carry on straight. Go straight and on the right you’ll find two gargoyle statues and a now opened gate. Go through and follow the path until your outside. Go towards the right hand side near the waterfall and you’ll find the next pumpkin coin as shown below: 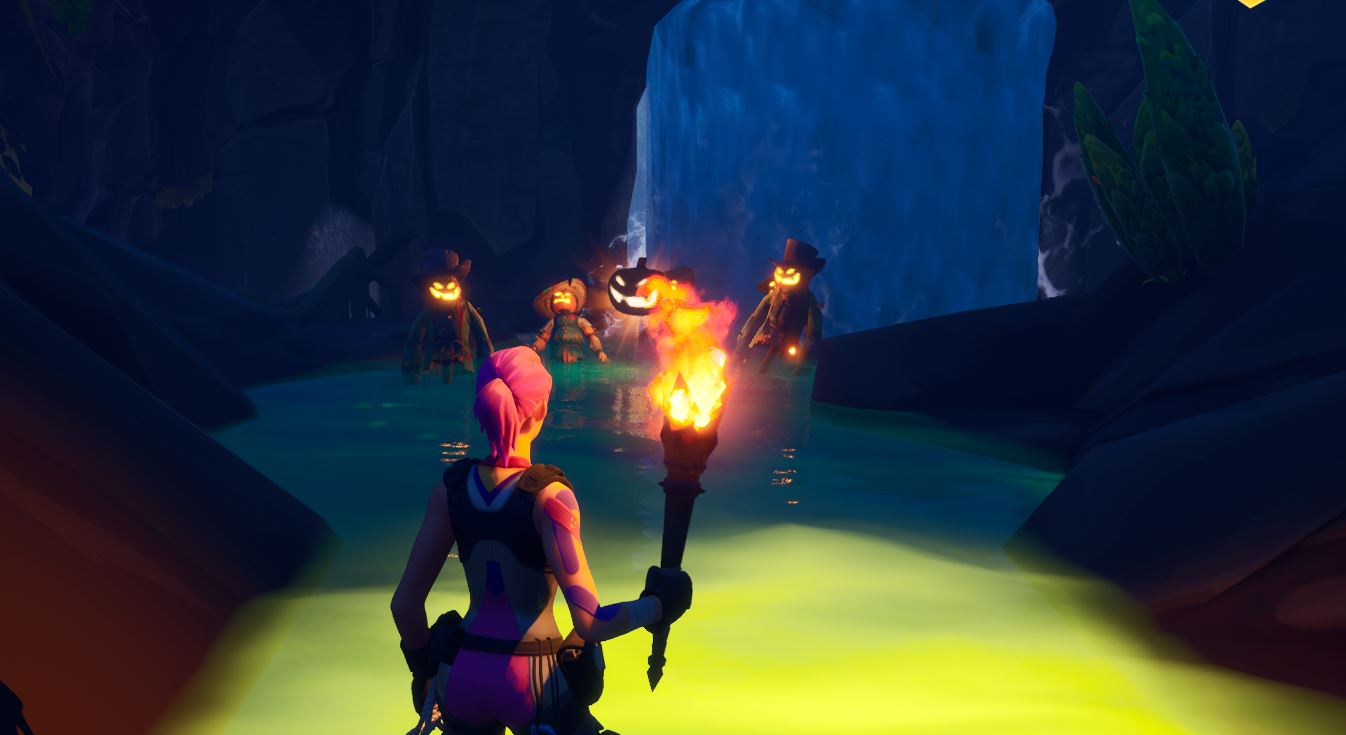 Once you’ve collected the coin, jump on the rocks that you see to the left on the image above and you’ll see the next stage that’s locked. You’ll see a spider on one of the rocks, go towards in and head straight on the rocks as outlined below. 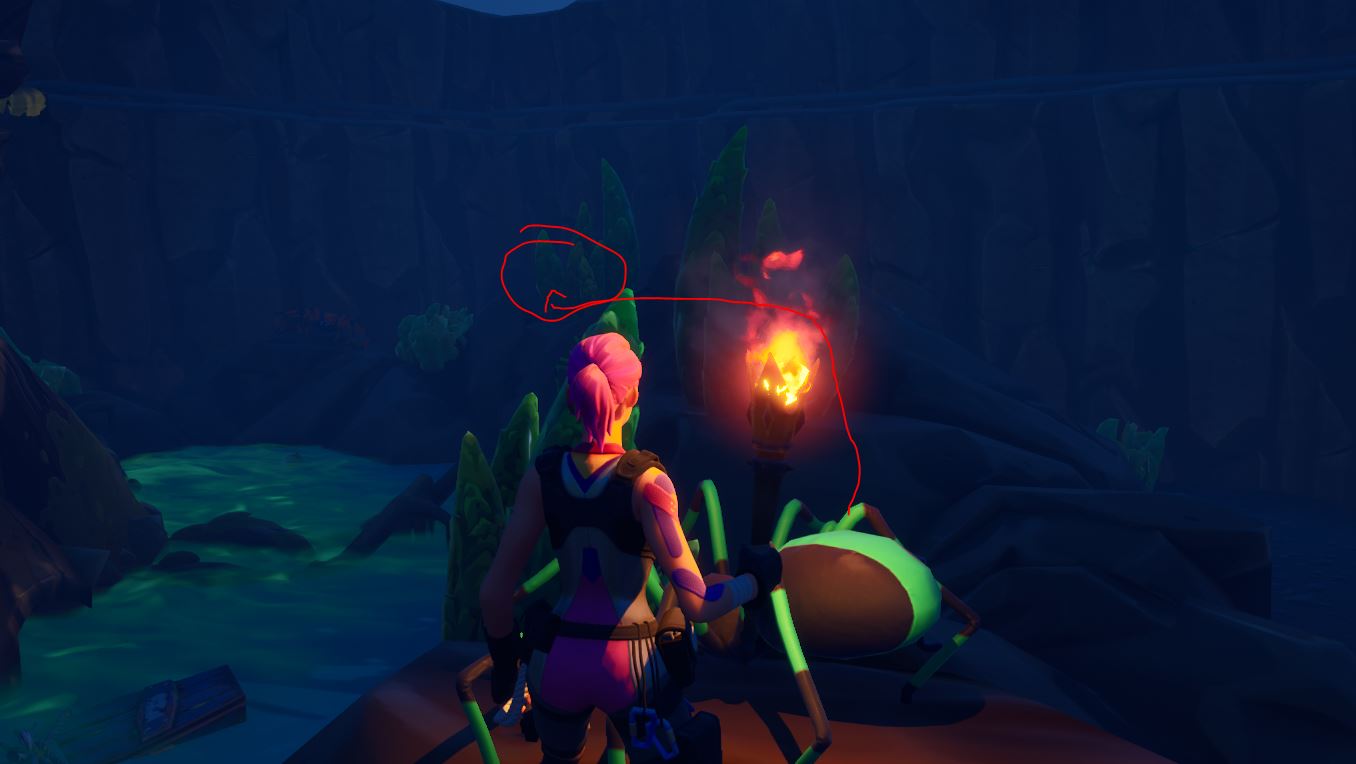 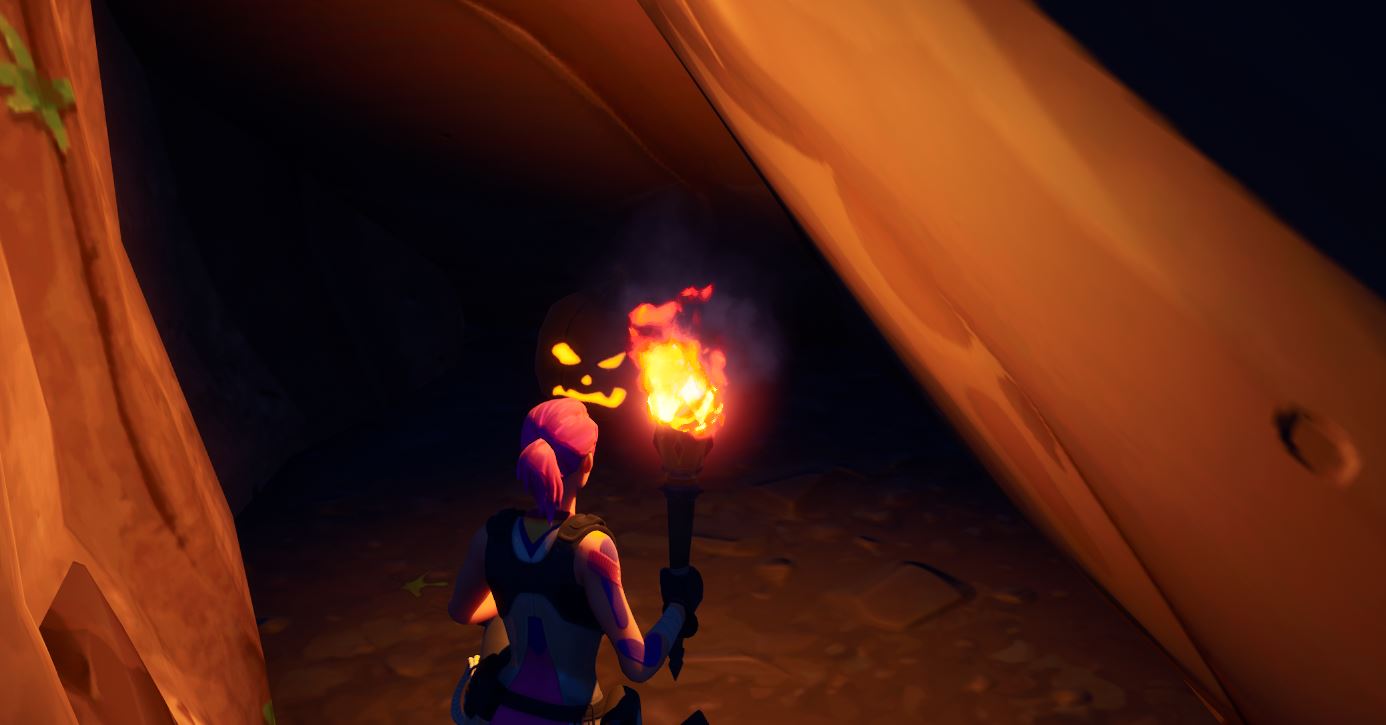 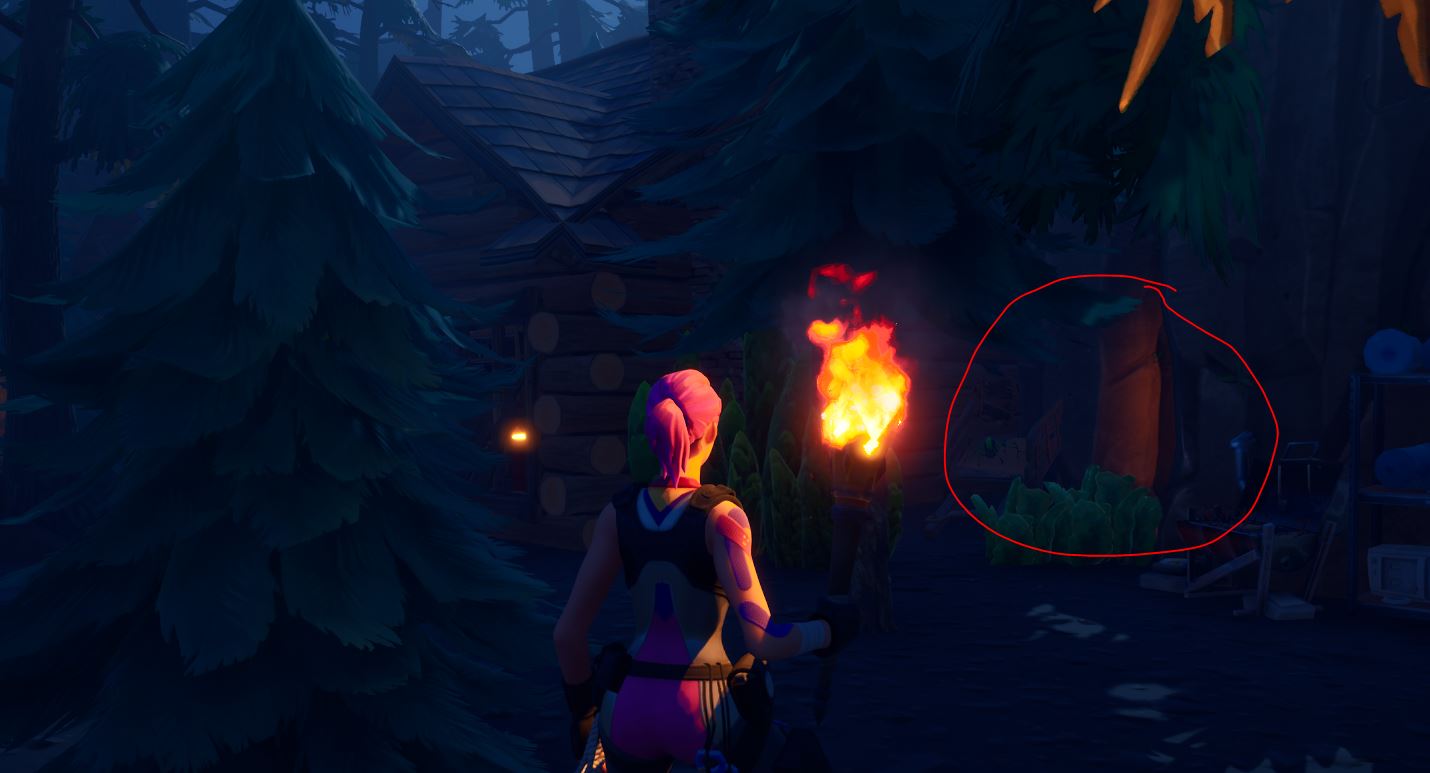 You’ll find the pumpkin coin hovering above another pumpkin. 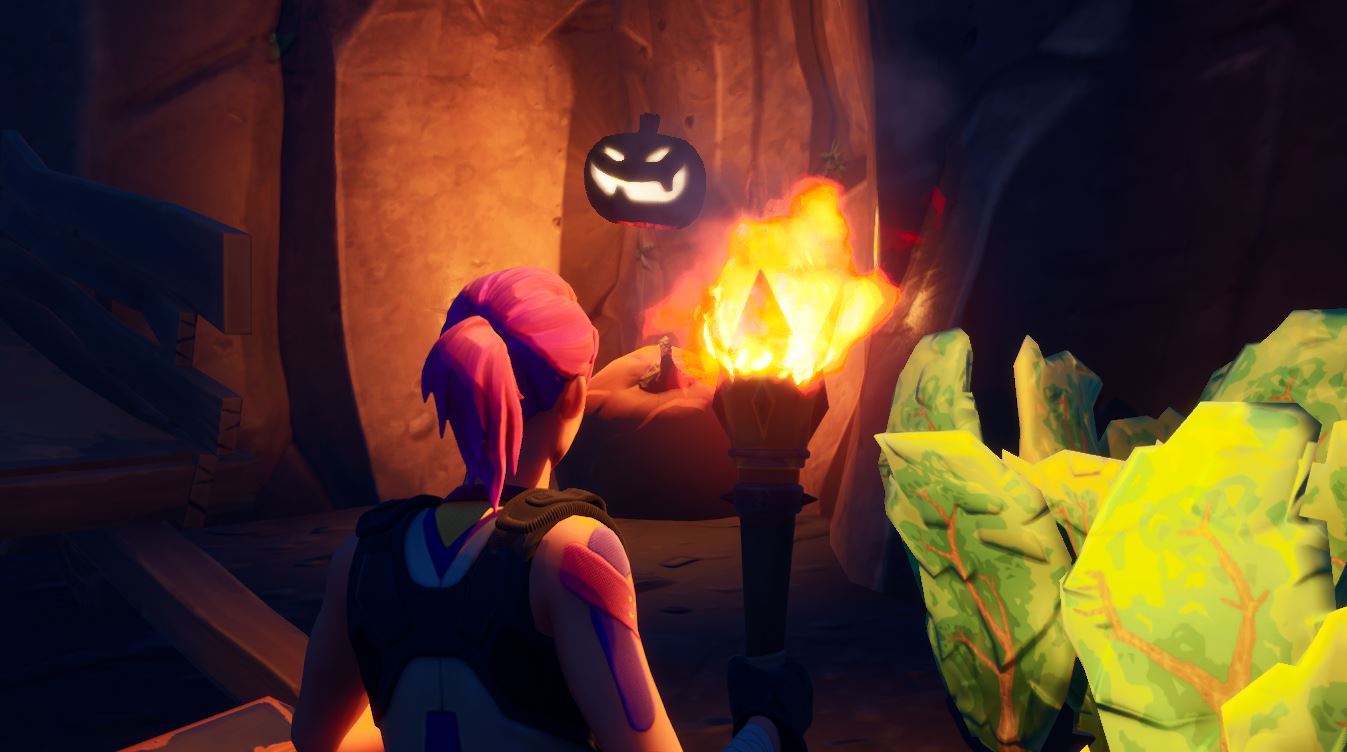 From the image above, rotate 180 degrees and you’ll see two boats begins you. Go to the right. Stick to the right and enter the cabin door. 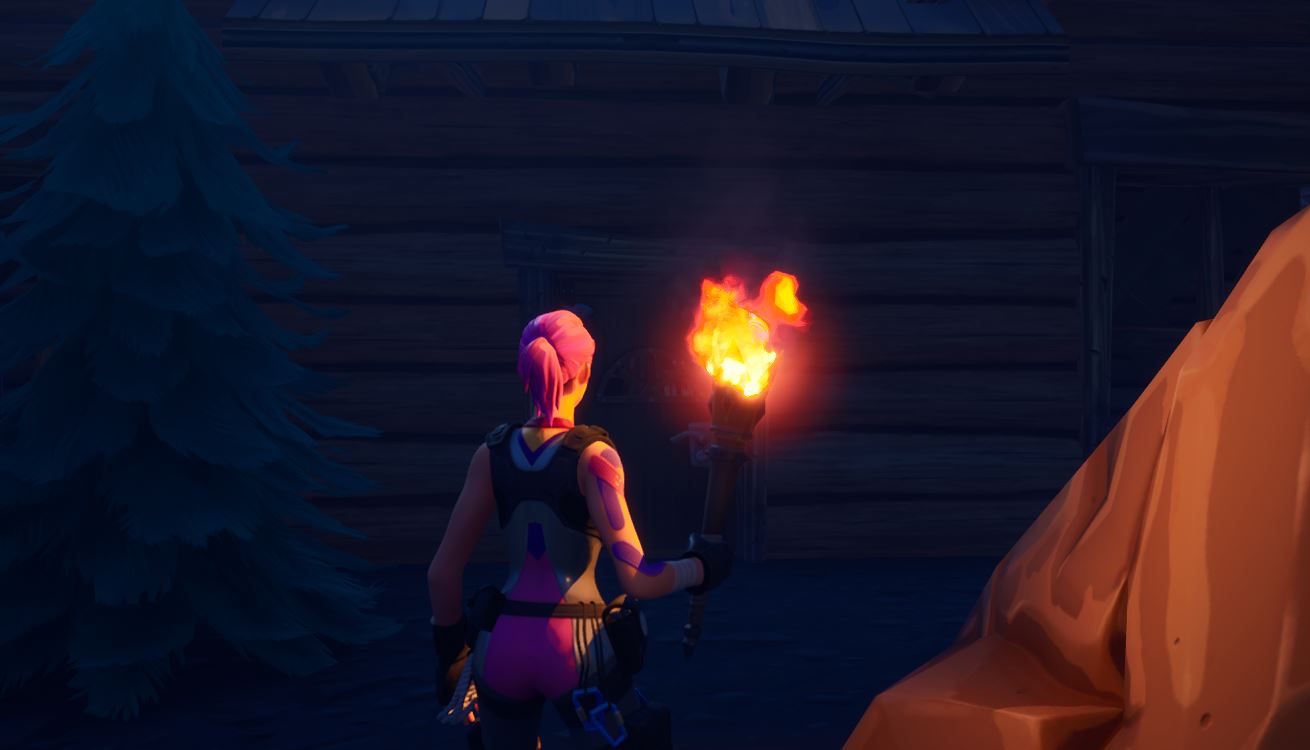 Upon entering the cabin, go to the left and you’ll find a big and small book shelf. Above the bookshelf is where you’ll find the pumpkin to open the next stage. Align yourself in the middle of the large book shelf and jump on top of it. 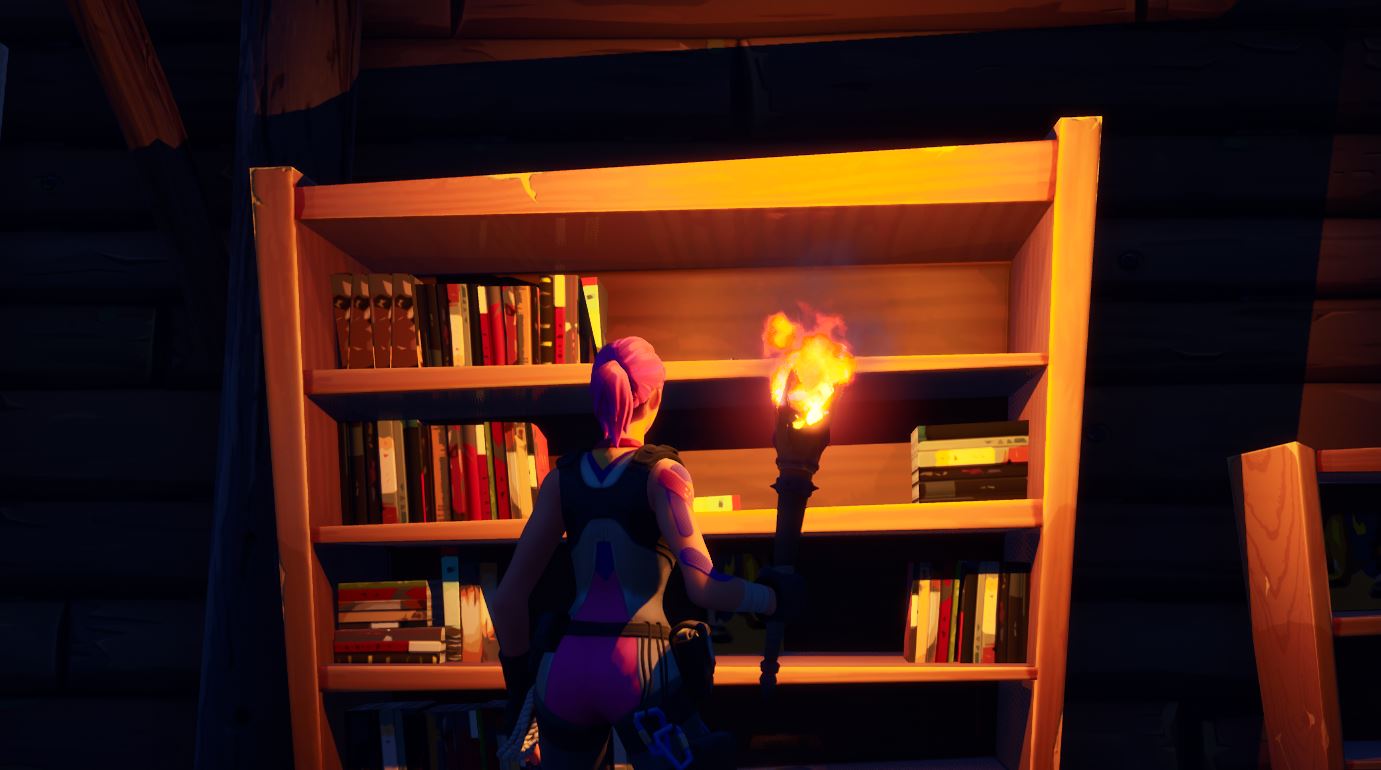 Turn to your right and jump up. Crouch, turn right again and you’ll see the pumpkin. Go up to it once again to unlock the next stage. 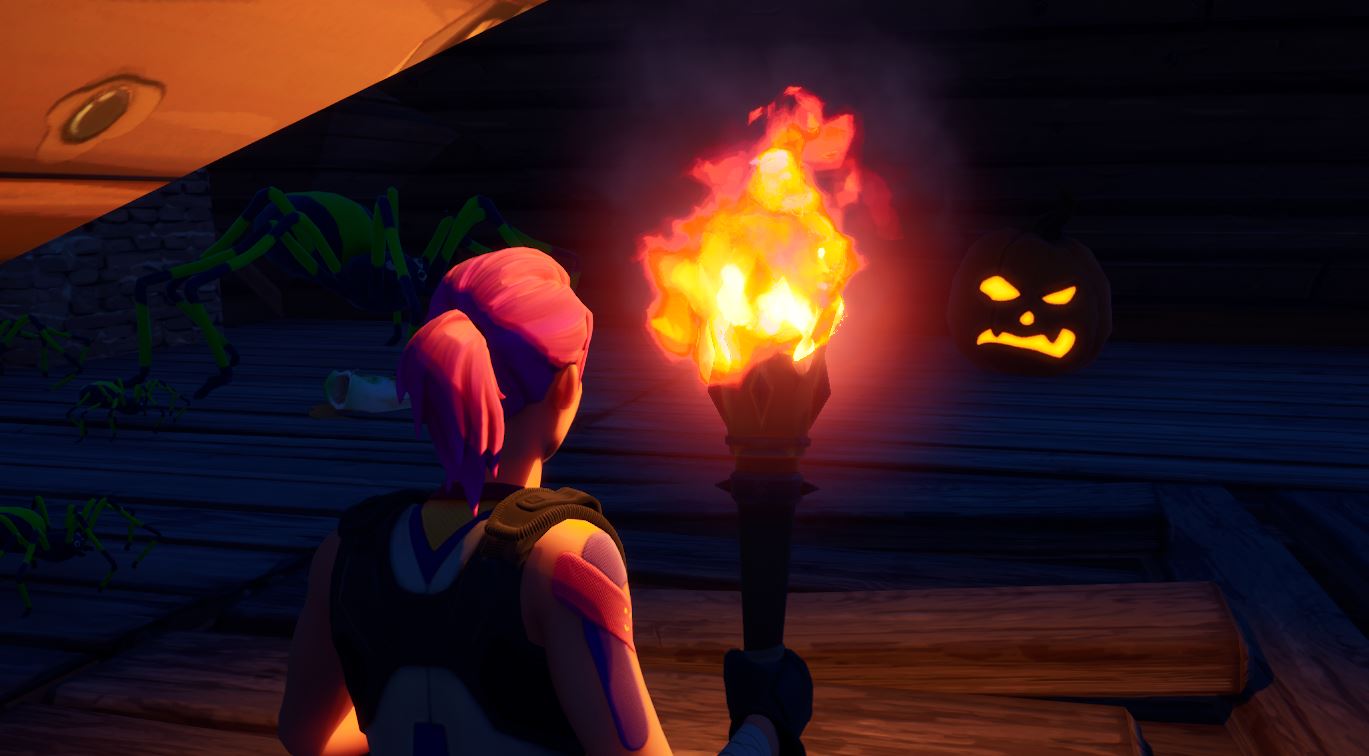 Head back down and out of the cabin. Once you’re out of the cabin, go to the right and follow the path down past the cabin you were just in. You’ll find the pumpkin for the next stage on the right. You’ll see two tents and a campfire. Go slightly past them, past the wooden bench and you’ll find yourself here: 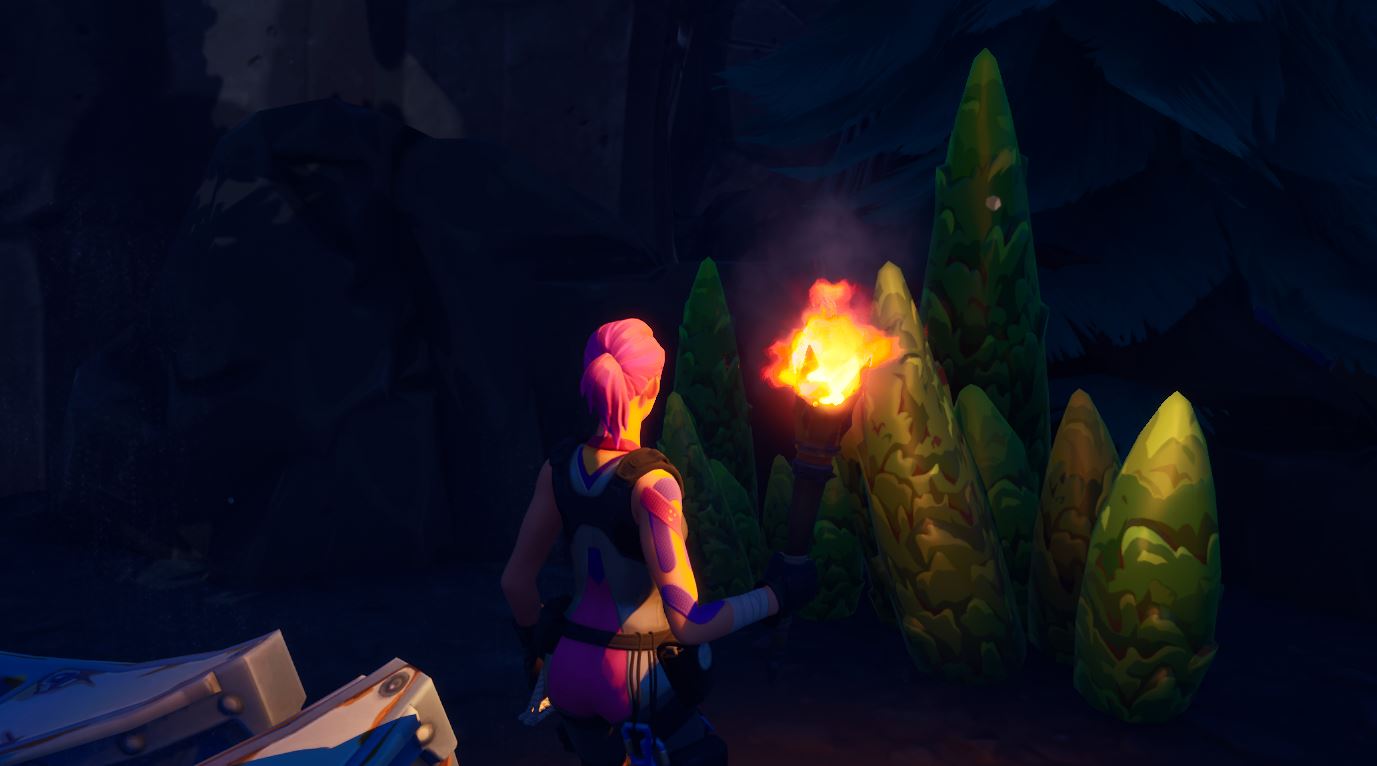 Jump over the rocks you see above and once you have, you’ll find the pumpkin for the next stage behind the tree. 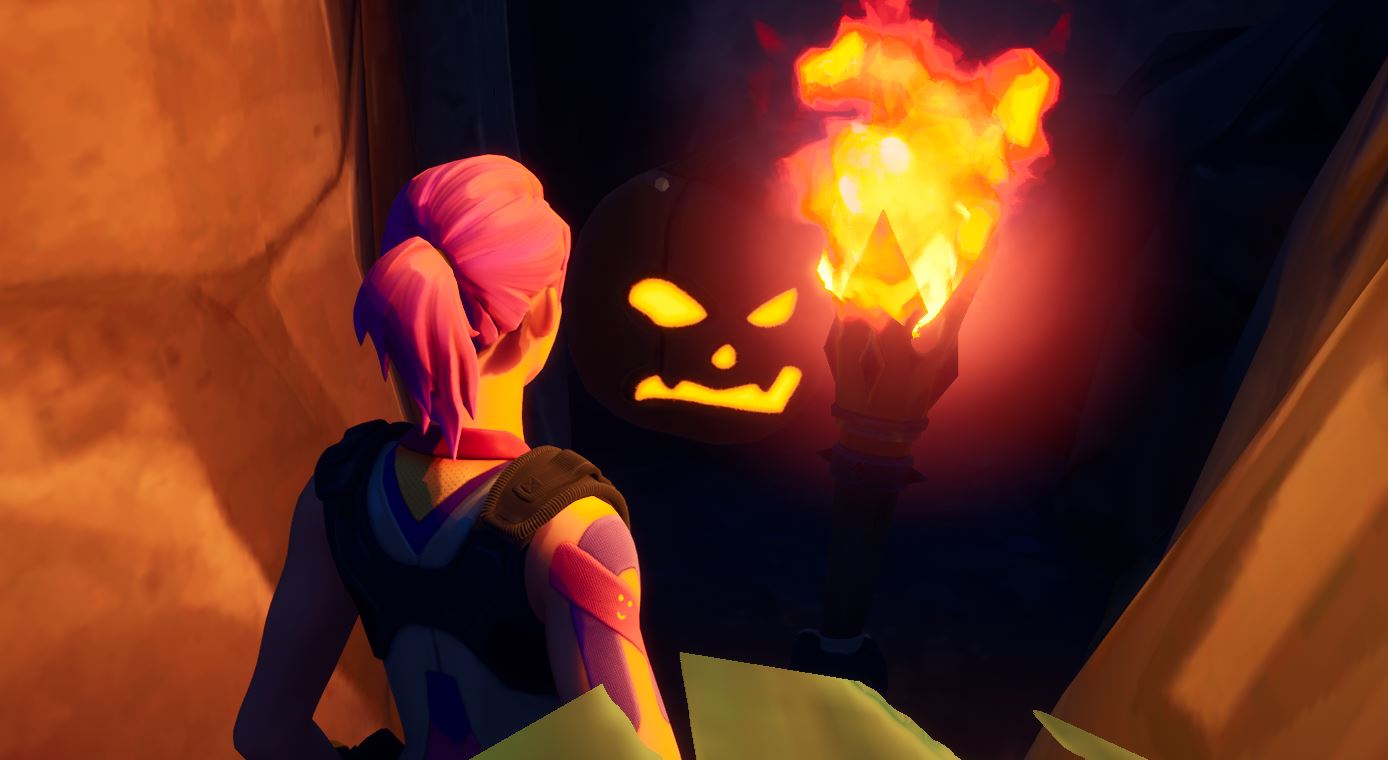 Once again, go up to it and head back over the rock. Once you’re back out, towards the right you’ll see archary targets and water. You’ll find the pumpkin coin glowing behind the tree: 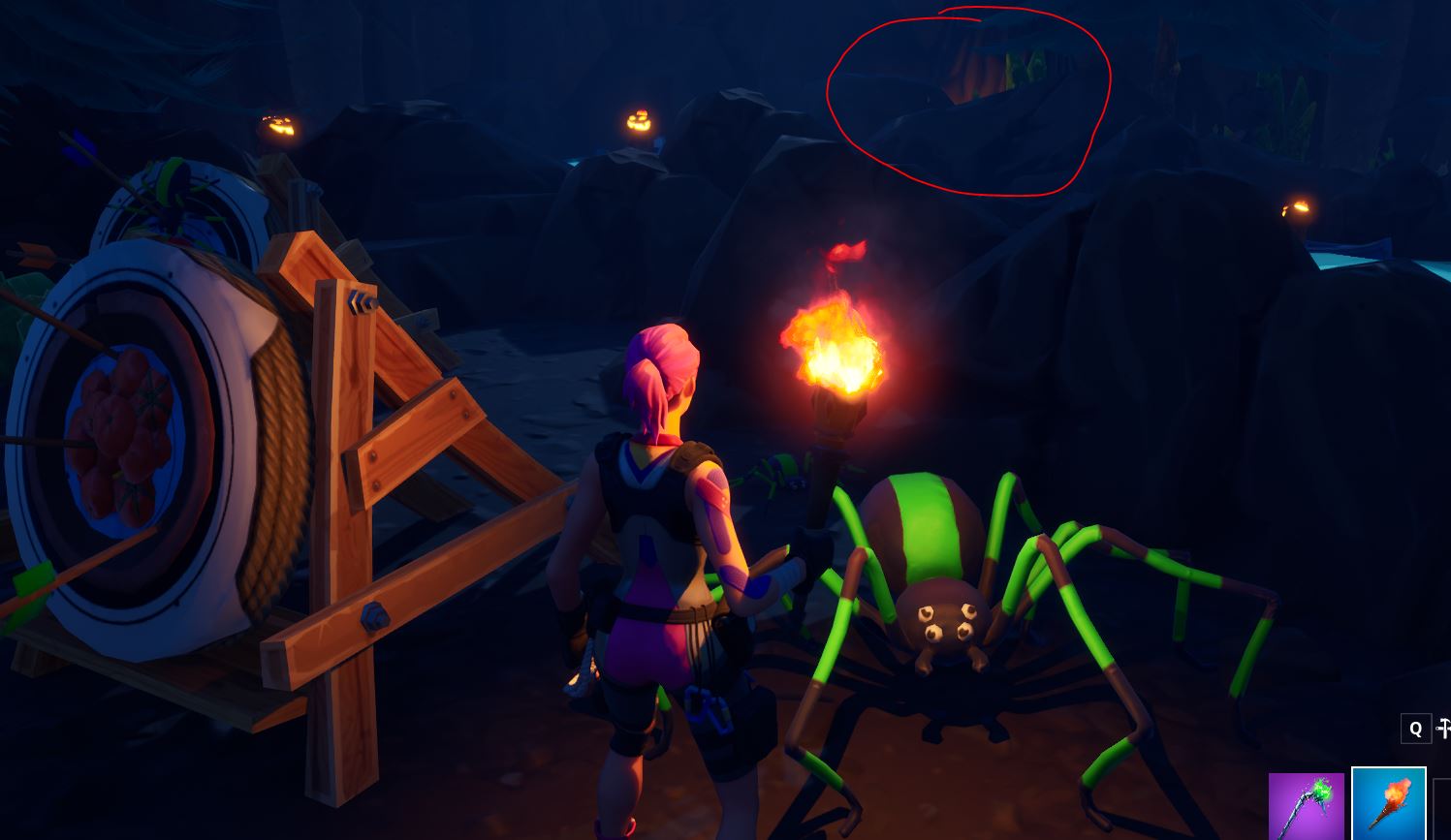 You’ll find the pumpkin coin to collect behind the rock and next to the tree. 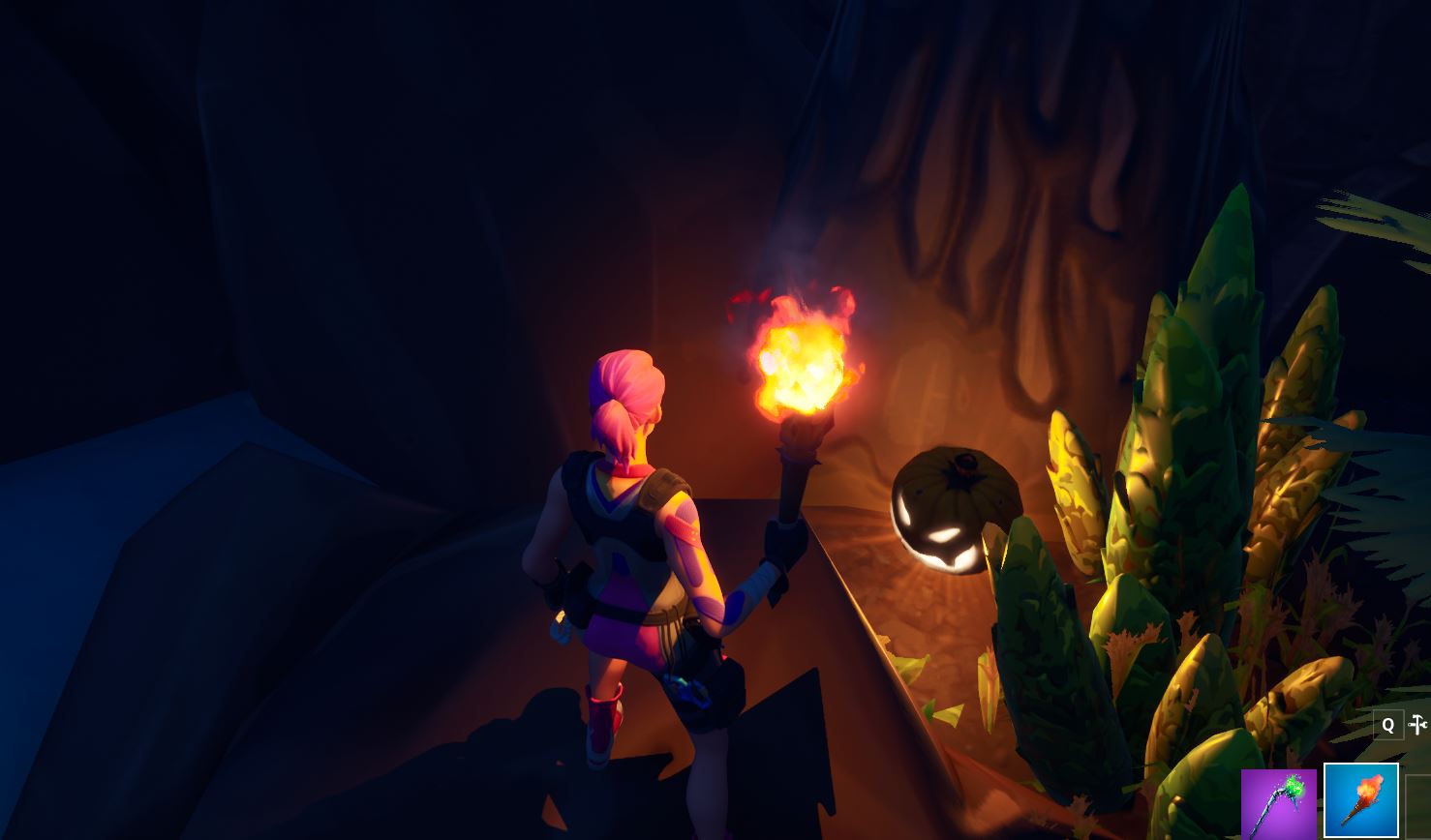 From the image above where you found and collected the pumpkin coin, turn right and towards the left, you’ll see a bunch of trees and a light. Head towards the light: 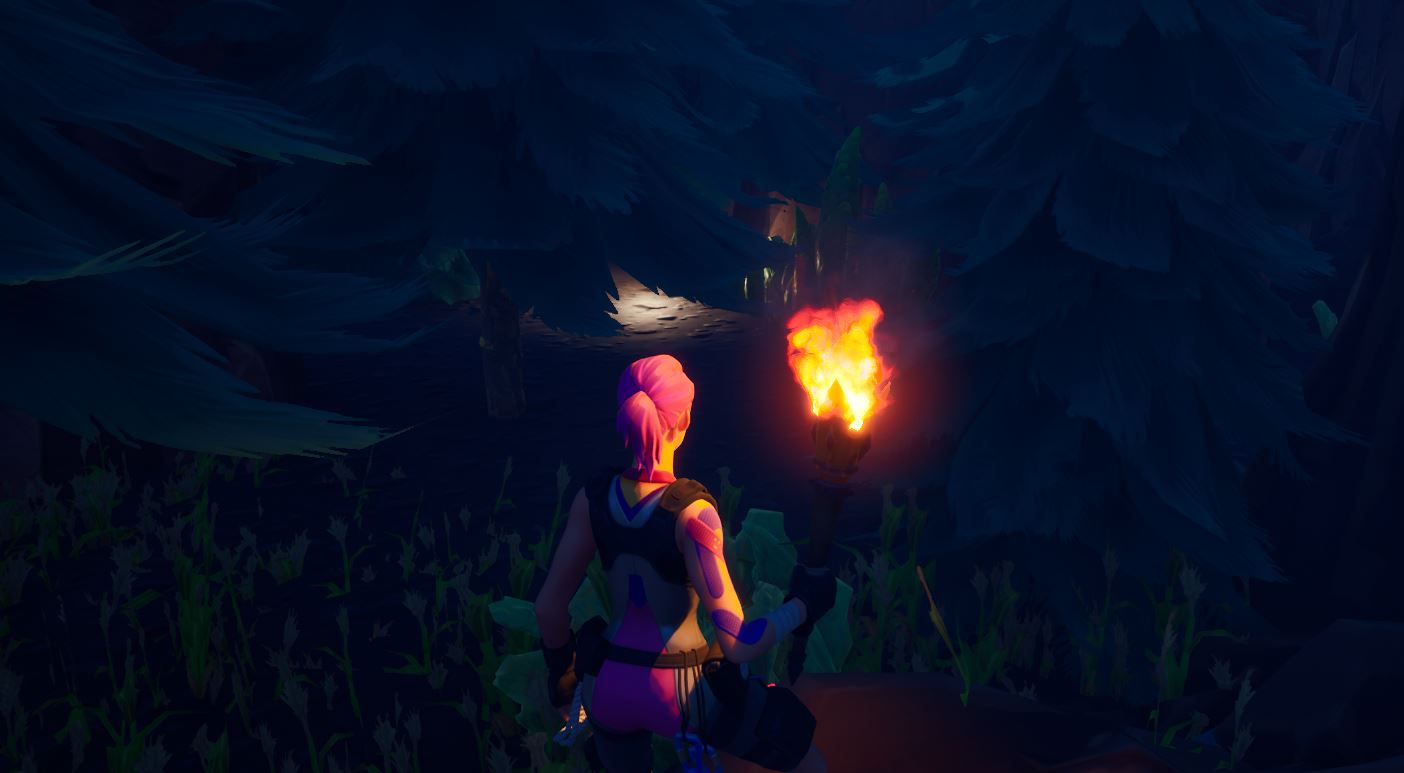 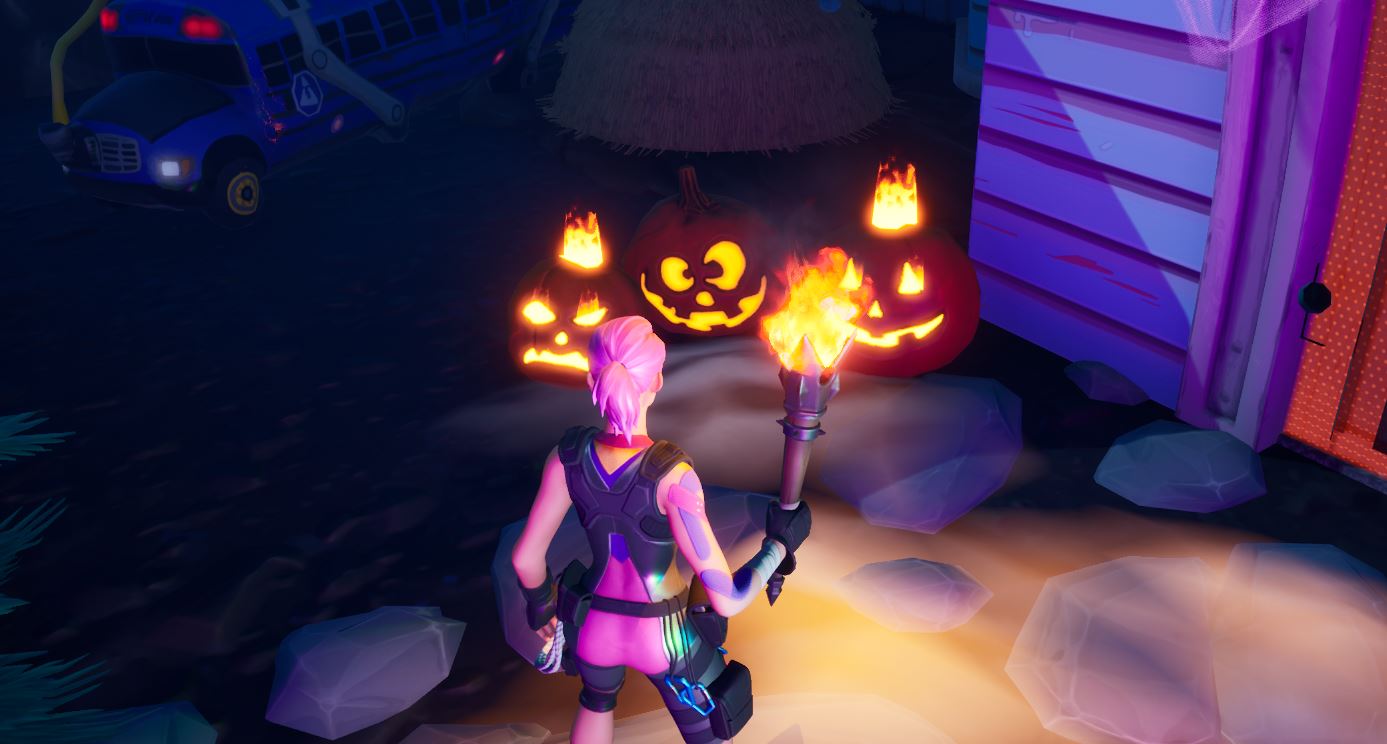 Head upstairs in the house, on the room to the left, you’ll find another pumpkin coin on the left in the corner between the couch and book shelf.

Once you’ve collected the coin, you’ll be told to head downstairs. When you’re at the bottom of the stairs, go right and head straight until you’re in the kitchen. On the left, you’ll see a black hole. Head down the whole and walk fowards until the scarecrow pops up. You’ll find the final pumpkin coin behind the scarecrow as shown below:

Once you collect the final coin, you’ll see the victory royale screen appear. You’ve now collect 10 pumpkin coins. You’ll still be 5 coins short of the requires 15. We decided to leave the game, rejoin the same creative island, and we collected 5 coins quickly as the locations were fresh in our mind. You won’t see notification for the challenge that the collected pumpkin coins are counting towards your challenge, but they will count. Once you’ve collected 5, simple end and leave the game and you’ll have find you’ll have completed the collect 15 coins on any featured island creative curse challenge.