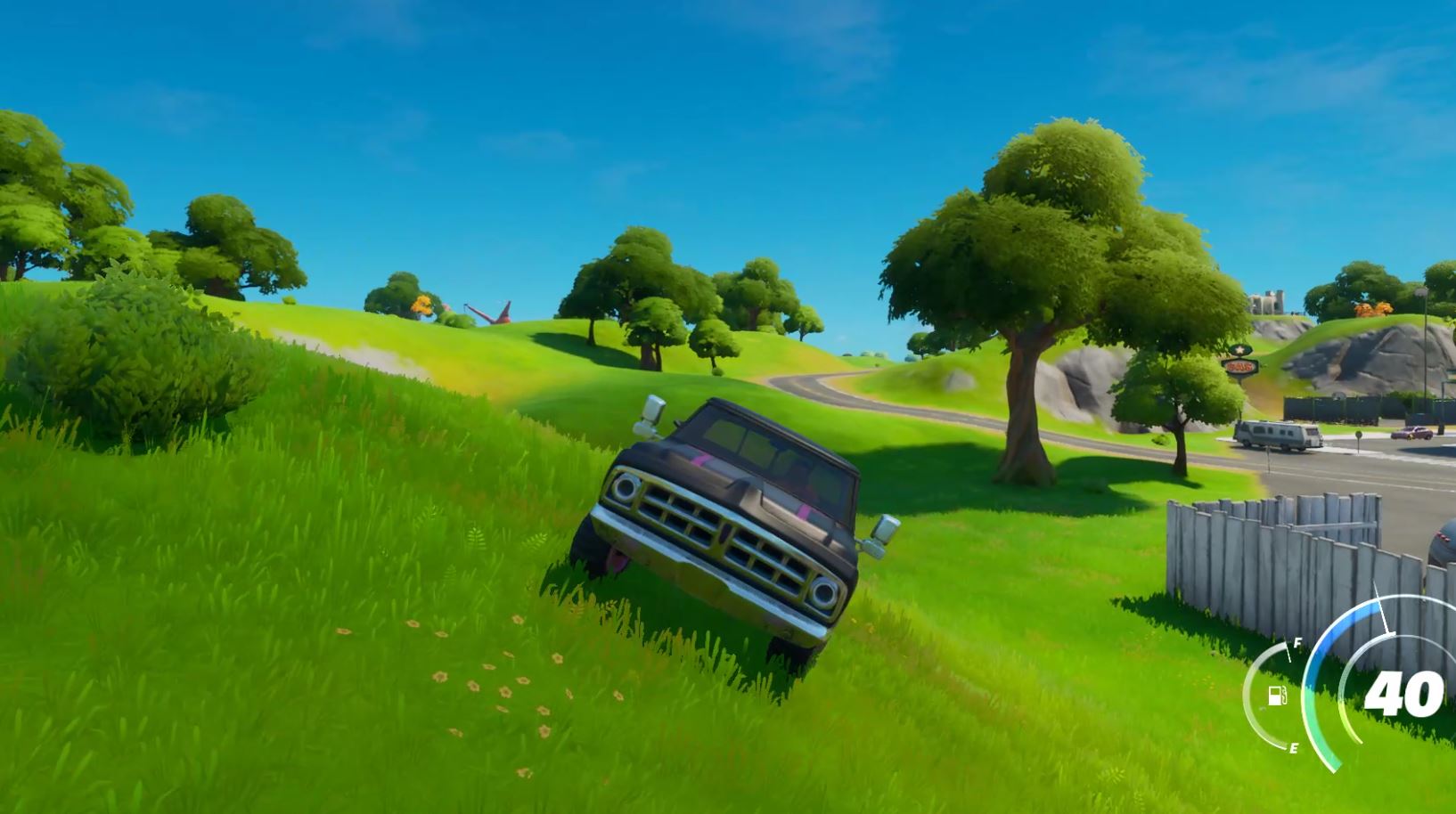 In today’s v13.40 Fortnite update, the final update of chapter 2 season 3, Epic finally added in cars. We’ve spoken about cars on numerous occasions here at Fortnite Insider, so we won’t talk about them too much.

However, we will say that Epic Games have done a great job with cars in Fortnite and it was definitely worth the wait. You can’t just simply drive a car up a hill without any care in the world. You need to keep the car steady, especially on grass, and the handling overall is very well done.

With the introduction of cars, Epic have also decided to add ratio stations to the game. Here’s what we know so far.

Update: Radio stations are currently disabled due to a bug, so you can’t currently turn them on.

There are a total of four different radio stations in Fortnite. In order to listen to a radio station, you need to be in either a car, motorboat, or a helicopter. When you’re in any one of these vehicles, you’ll see on the bottom left the controls to either mute the radio station or to switch to a different one.

Here’s the list of radio stations in Fortnite as of the v13.40 update:

We don’t have a list of all the songs available on these radio stations, but after checking the radio stations whilst recording a video for cars, we noticed that the beat box radio station will be the station that will play your typical music.

We heard a couple of songs from Drake on the beat box radio station, the other stations seem to be music created for Fortnite.

You’ll need to be careful if you’re a content creator with the copyrighted music. Be sure to mute select a radio station other than Beat Box or simply turn off the radio stations completely.