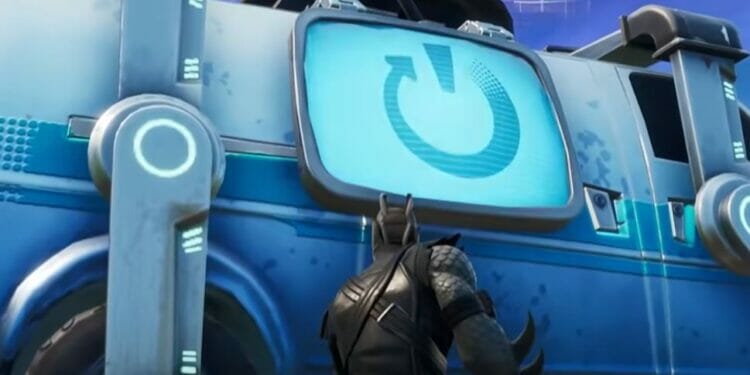 Players have been reporting that reboot vans in Fortnite chapter 3 season 1 aren’t working.

During chapter 2, there weren’t as many issues as chapter 3 has experienced in it’s first season. The only major issues that occurred in chapter 2 was the Bazooka Bandage item not working for a couple of weeks and some minor bugs with challenges.

However, there are have been multiple issues with the Fortnite servers since the start of chapter 3 including on launch day. With the new chapter launching on a weekend, Epic Games stated that they had their largest season launch.

The servers went offline as quick as they were online when the new chapter officially launched. There were further server issues with the release of the daily presents during the Winterfest Christmas event, which resulted in a change to the time a new present was available.

A few weeks ago, the servers were offline for more than five hours. As compensation, a Fortnite supercharge XP weekend went live along with a free cosmetic. Now it appears as though players are having issues with the reboots vans.

Reboot Vans Not Working in Fortnite 2022

A couple of days ago, we saw a limited number of reports from Twitter users claiming they’ve had issues using the reboot van. Since yesterday, there have been far more players venting their frustration at the fact that Reboot vans simply aren’t working for them.

More than an hour ago, the official Fortnite status Twitter account announced that they are investigating issues related to Reboot Vans not rebooting players and will provide an update when the issue has been fixed. 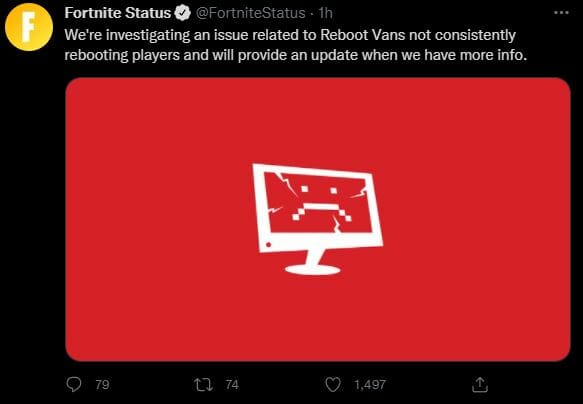 In the meantime, it’s best to avoid using the reboot vans as there’s a chance they won’t work for you. We’ll update you when the issue has been resolved.