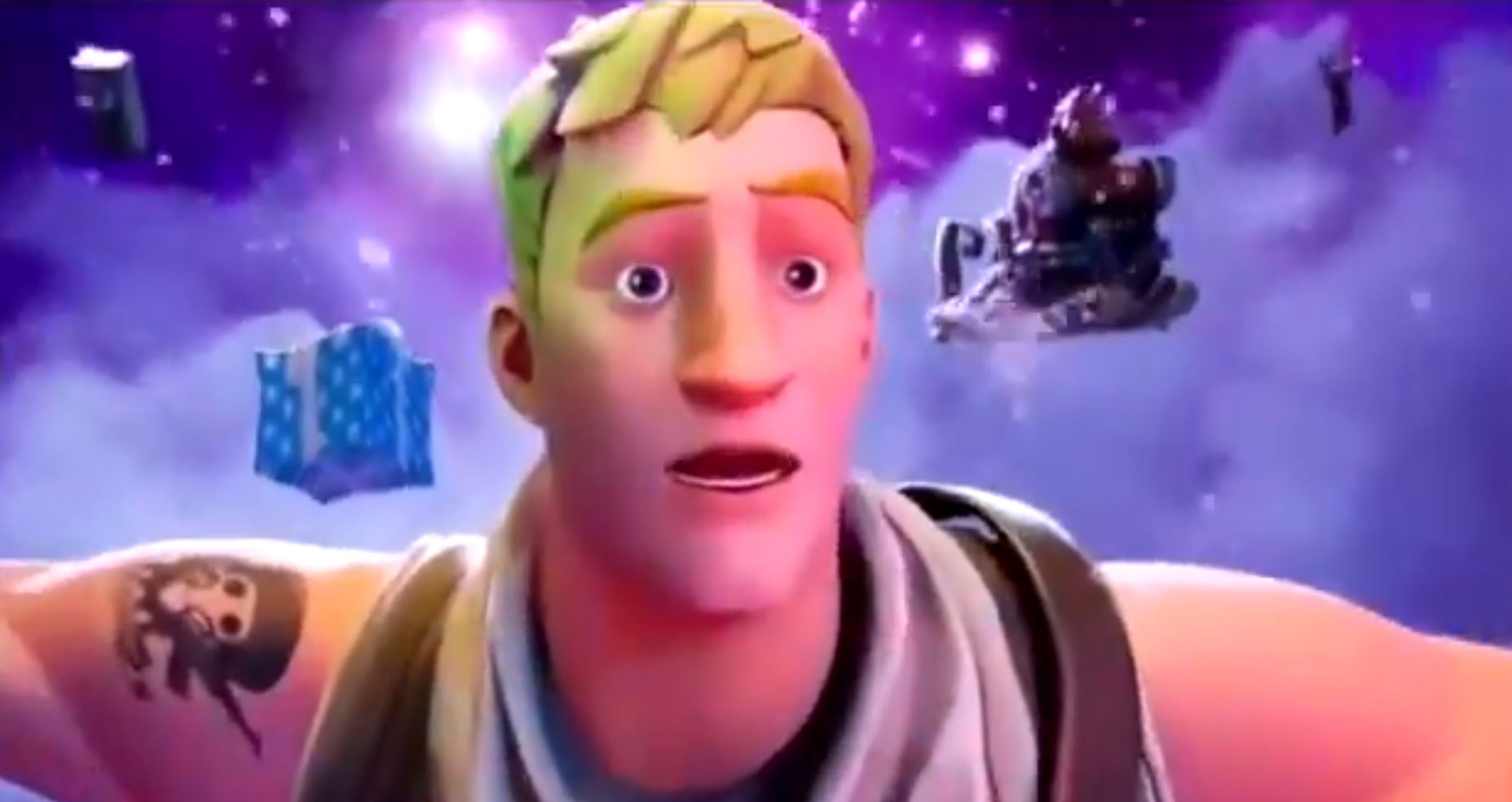 The full trailer video for Fortnite Season 10 has been leaked by Fortnite Brazil. UPDATE: The official trailer has been released.

Fortnite Season 10 will launch tomorrow, August 1st and Epic have been releasing teasers since Sunday.  The first teaser was released during the Fortnite World Cup Solo’s and Epic recently released the fourth and final teaser, which was a short video showing the orb at Loot Lake exploding.

Here’s the fourth and final teaser if you missed it:

UPDATE: The official trailer for Fortnite Season X has now been posted on YouTube on the official Fortnite account and can be seen in HD below.

As you can see in the trailer, once the orb at Loot Lake explodes, Jonesy is thrust into space and finds floating objects from the past including the rocket from season 4 which goes through a rift, the tactical SMG which is currently in the vault, the floating Loot Lake island from Season 6 and more.

The season 10 trailer ends with Jonesy landing back on the map, which shows Dusty Depot in the background, something that was hinted at in the very first teaser. The orb has effectively gone back in time before the meteor hit in season 4, so we could potentially see a Fortnite Battle Royale map similar to season 4 with some new POIs.

After seeing this trailer, are you excited for season 10? Let us know in the comments section below.