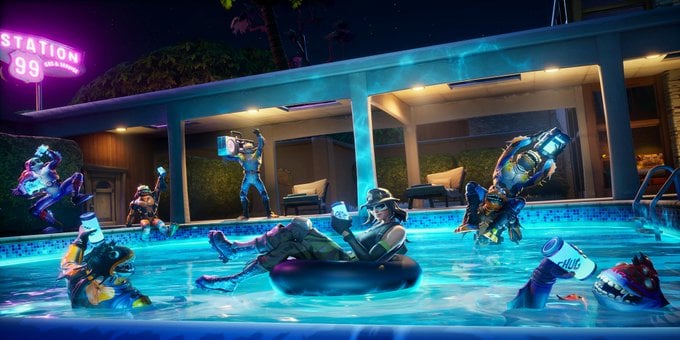 The loading screens for Fortnite Season X/10, Week 7 has been leaked in the v10.30 update.

Epic introduced additional challenges that provide players with a chance to level up their season Battle Pass quicker by collecting hidden Battle Stars. These Battle Stars are hidden in the weekly loading screens that are unlocked.

This season, Epic introduced limited time missions, and upon completing three of the objectives, players are rewarded with a loading screen. So far this season, we’ve had a hidden Battle Star in every loading screen whereas in previous seasons, there’s only been a total of five in the season with the other weekly loading screens providing the location of a hidden banner or Fortbyte.

The v10.30 Fortnite patch update is available to download and dataminers have already gone through the new files and leaked the new findings.

One of the leaks are for the Fortnite Season 10, Week 7 and Week 8 loading screens. You can take a look at them below: