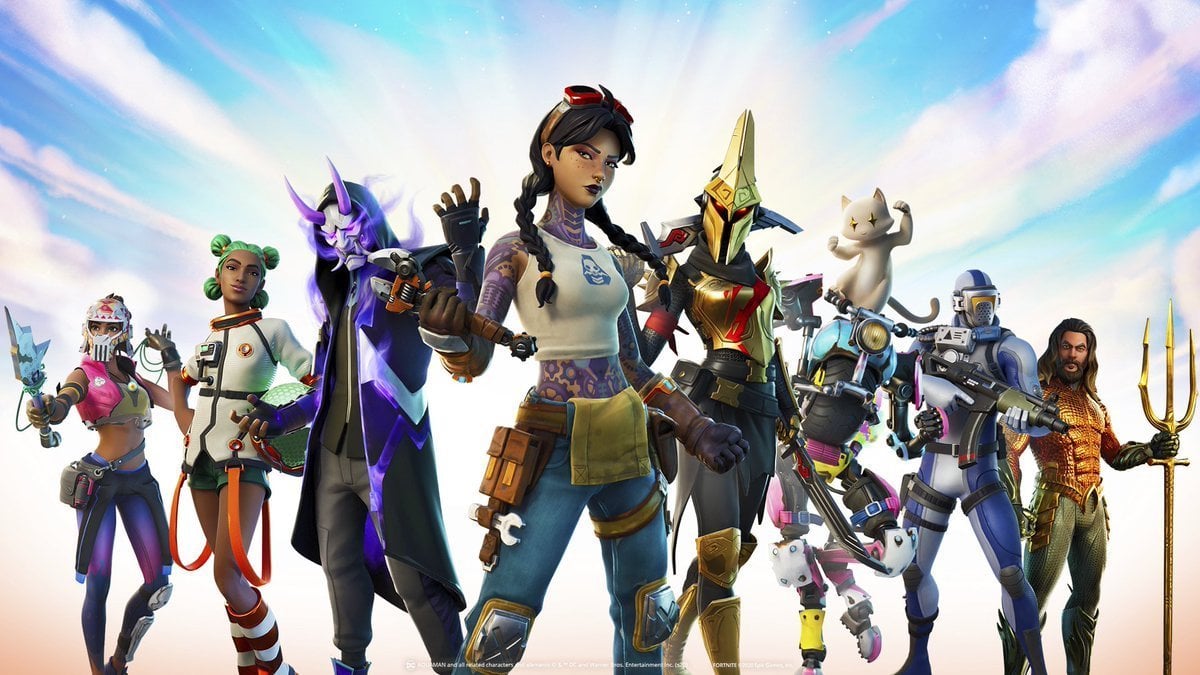 Fortnite Chapter 2 Season 2 is finally over. It was originally slated on April 30th. Epic however, delayed the season to June 4th, but the season was yet again delayed to today, June 17th. The live event for the end of the season was also delayed, but took place on Monday.

After the event concluded, the storm was replaced with water with visible objects in the water wall including sharks. Not long after the event, Epic Games began posting teaser for Fortnite Chapter 2 Season 3.

The teaser images provided hints at what we could expect in the brand new season of Fortnite. From the teaser images, it looks like we’ll be getting at least one brand new poi, a new vehicle, and obviously some new Battle Pass skins for season 3 along with other cosmetics with a baby meowscles pet also teased.

It looks like the first two teasers showing the trident along with the other smaller teasers that were hinting at a Fortnite Aquaman skin were correct. You can see Aquaman in the Fortnite season 3 trailer video. Aquaman can also be seen on the far right of the image below.

As always, there’s seven Fortnite skins in the Battle Pass along with a secret skin which is obviously Aquaman.