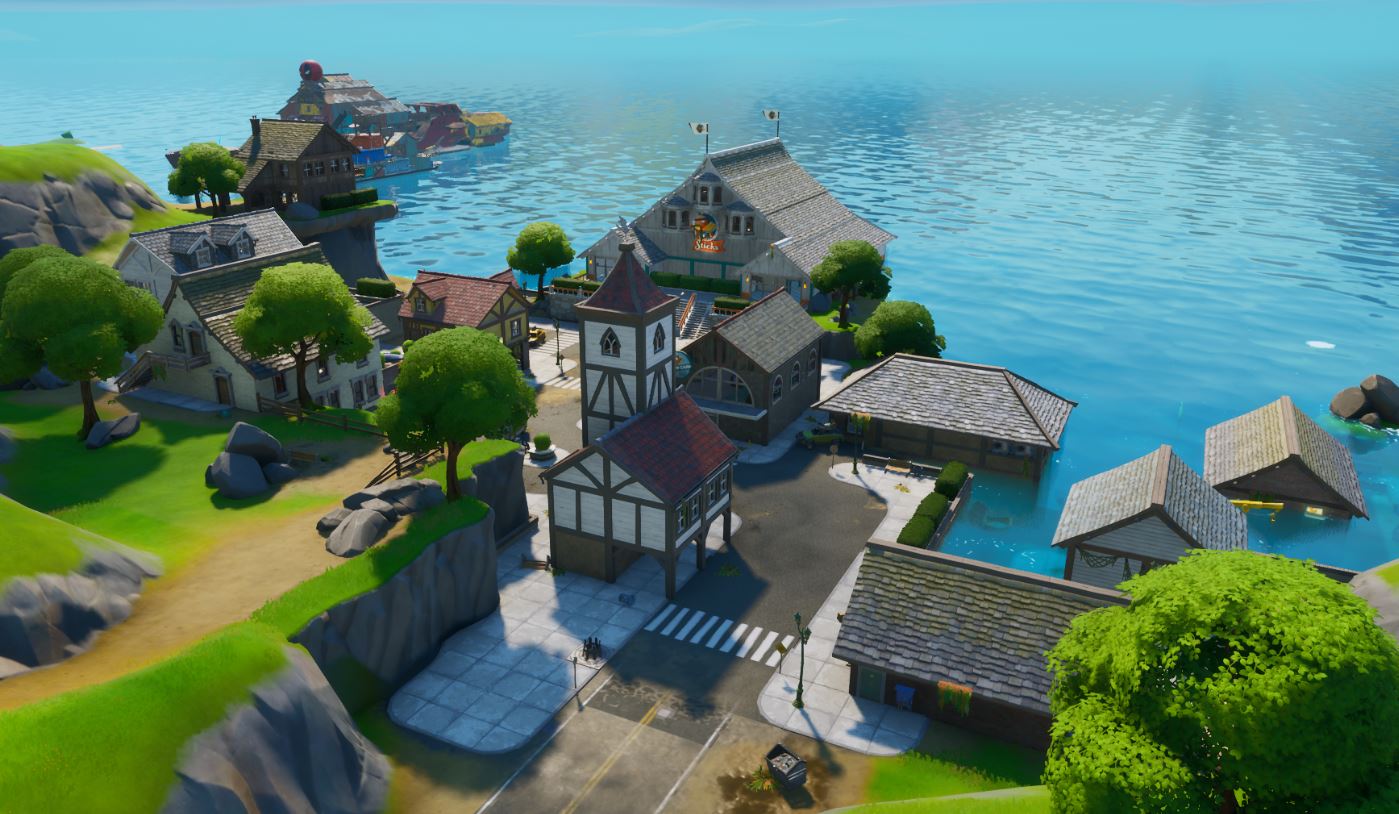 The water levels have lowered for the third time in season 3 resulting in the return of Craggy Cliffs.

In the second water level change, Risky Reels made a full return and the water at Pleasant Park decreased substantially. Parts of Craggy Cliffs were accessible including the Sticks restaurant along with the warehouses at Dirty Docks.

In the morning, the levels dropped again as stated they would by data-miners. 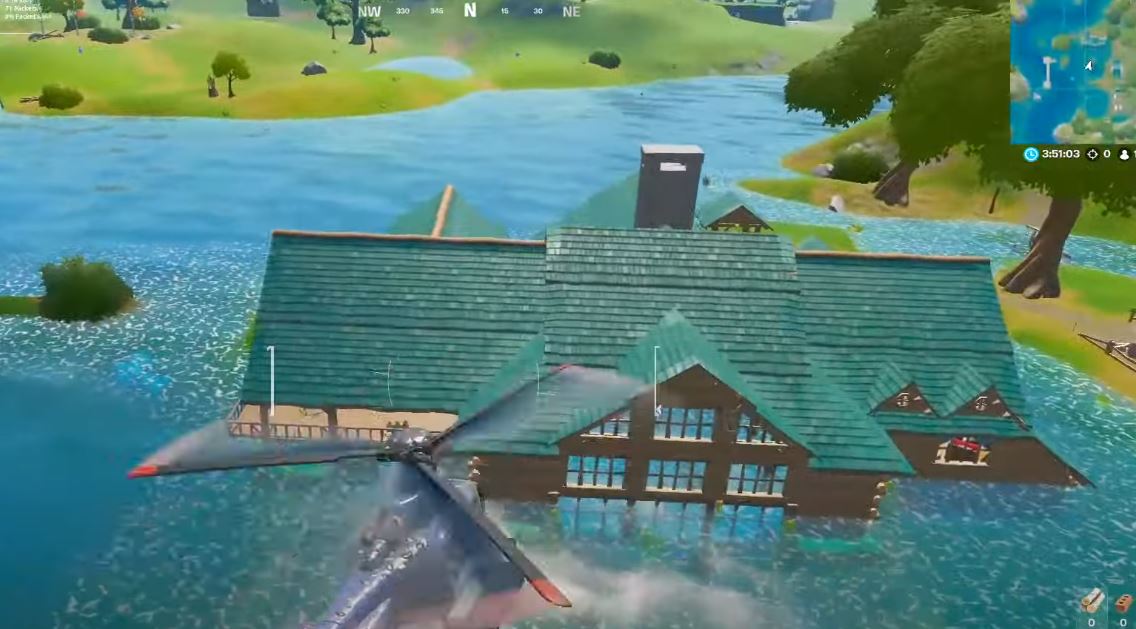 The water levels at Pleasant Park decreased last week, and now the popular named location is completely water free and there’s no crash pads. The floats under the houses have also been removed. It actually looks like there was never any water at the location, but you can see for yourself in the image below:

Water was covering parts of Frenzy Farm, but now the location is back to normal and Dirty Docks looks almost the same as it did last week.

The water levels below Gorgeous Gorge have gone back to normal. If you completed the Aquaman challenge that unlocks his additional skin style where you had to dive over the waterfall at the location, you’ll have noticed the water levels were extremely high, which made the challenge easier to complete.

However, if you head to the location now, you’ll notice that the water has decreased and the level are the same as before season 3 arrived. 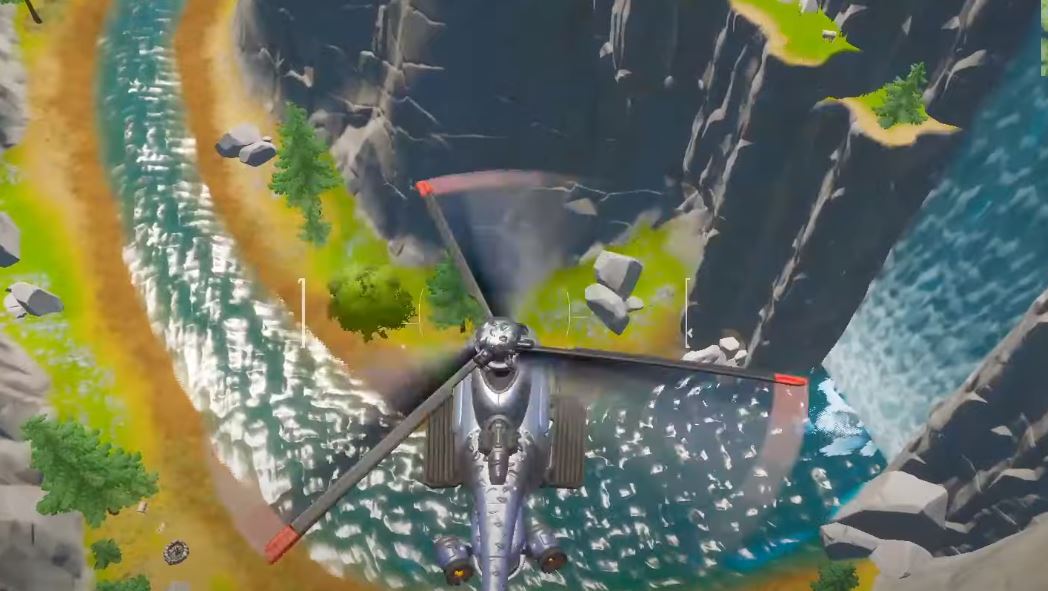 The insider at Epic Games stated that cars will be in Fortnite on July 21st, and it looks like after today’s water levels update, there’s more than enough roads for cars to use. We’ll either get an update on Monday, 20th July or a day after on the same day cars are expected to release.

Be sure to turn on website notifications so you don’t miss any of the latest Fortnite news and leaks!