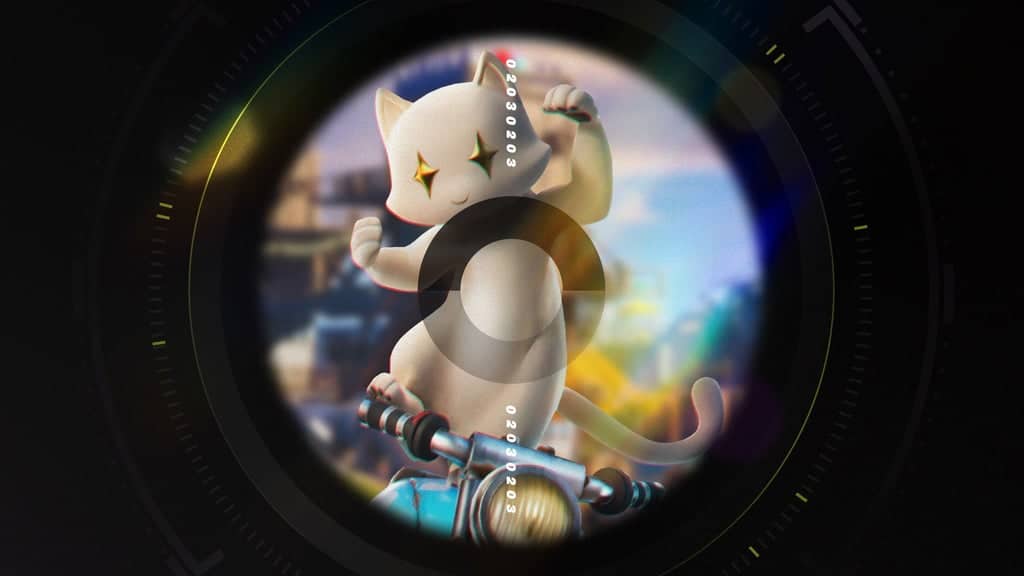 Epic Games have revealed yet another teaser image in the lead up to Fortnite Season 3 and it looks like we’ll be getting a new motorbike or scooter vehicle.

The Fortnite ‘The Device’ event took place yesterday with most of the Agency being destroyed by the device. The event concluded with the storm changing to water which players can swim in. Players will also notice other objects in the water including sharks, something which will likely be a big feature in the new season.

Since the event, Epic have released several new teaser images as is the norm before a new season begins. So far, we’ve seen images tease a trident, which suggests we could be getting an Aquaman Fortnite Battle Pass skin, a potential new location for the season 3 map, and the possibility of another astronaut skin.

Epic are yet to announce the time when the servers will go down for maintenance for season 3, but they’ve released another teaser image that suggests we could be getting a brand new vehicle in Fortnite.

Every teaser has two images. The first image that is posted is a zoomed in version of the second teaser. The other teaser images have been hard to guess what they’ll be until the second part to the teaser comes out.

However, this isn’t the case with the latest teaser that Epic have released, teaser 7. Teaser 7 seems to tease a brand new vehicle coming to Fortnite Battle Royale, a motorbike or a scooter. Take a look at teaser 7 image below:

It could also be a dirt bike judging by the marks on the vehicle, but either way we know we’re getting a new means of transportation in season 3.

There’s also a chance it’s a jet ski, especially if parts of the map are flooded as leaks suggests.

In chapter 1, Epic released several vehicles, and there were usually a few different means of transport that players could pick from. In chapter 2, players have only been able to use the motorboats to make their way around the map.

It’s likely motorboats will remain in the game, but seeing a new vehicle added should spice things up a little. The next image, teaser 8, should be posted soon, which should confirm a motorbike or scooter coming to Fortnite tomorrow.

We’ll update this article with teaser 8 as soon as it’s revealed.