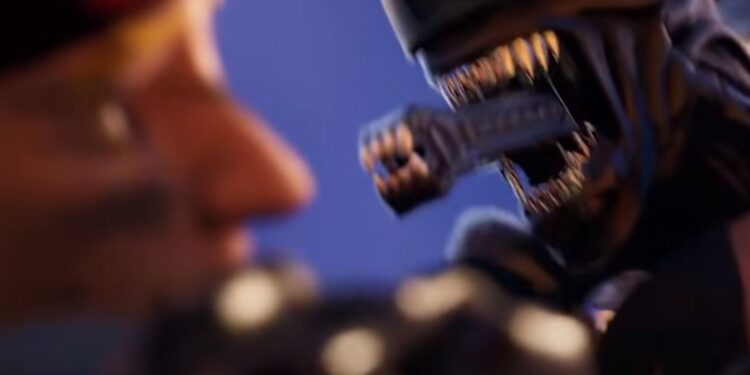 There’s no season 6 live event, but we have a Fortnite season 7 storyline cinematic trailer.

In chapter 1, we were treated to a live event in almost every season, however, that’s not been the case since the launch of chapter 2. In the most recent seasons, season 5 and 6, we haven’t had a live event. We did get a playable solo event at the start of this season called Zero Crisis, and we have a little more background information in comparison to other seasons.

From the YouTube link, we know that the Fortnite chapter 2 season 7 trailer will be one minute and 10 seconds long. It’ll go live at 2 AM ET (7 AM BST). The Battle Pass trailer for season 7 will go live at the same time. The Season 7 battle pass trailer is a little shorter than the cinematic trailer and is 1 minute 26.

Here’s the link to the Fortnite season 7 trailer:

The season 6 playable event ended with Agent Jones helping The Foundation close himself into the Zero Point before it exploded. We now have an alien-theme confirmed Fortnite chapter 2 season 7, so it’ll be interesting to see how exactly that’s explained in the story cinematic trailer.

Epic seem to think Fortnite actually has a storyline, I tend to disagree. The whole thing is a mess at the moment and I wouldn’t be surprised if we completely skip past The Foundation and we somehow get a half planned explanation to aliens. Perhaps The Seven are aliens and we’ll actually kick on from season 6 and get a solid storyline, but I won’t hold my breath.