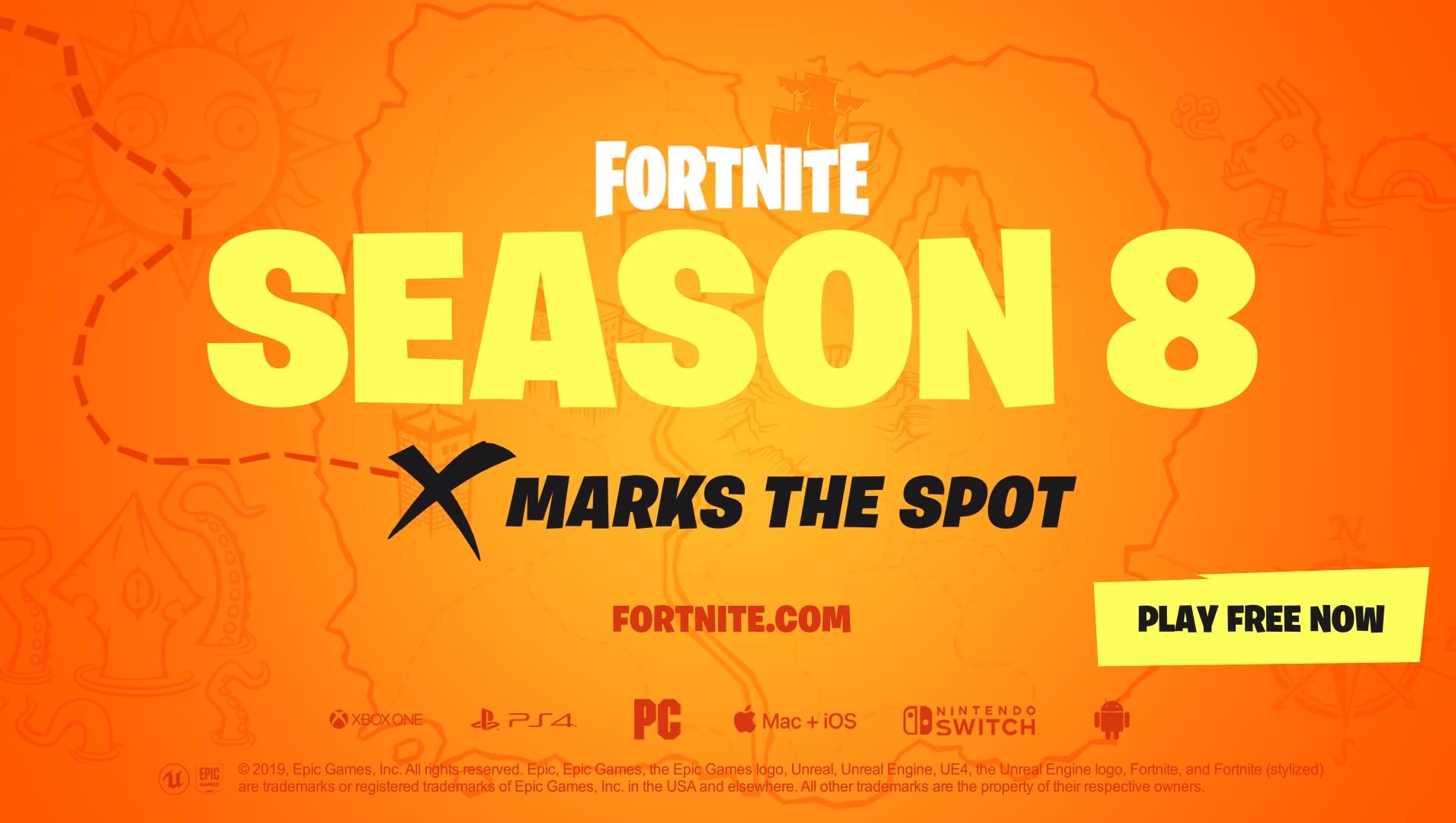 The downtime for Fortnite Season 8 has begun and here’s the cinematic to get us started.

Epic Games have released the cinematic for Fortnite Season 8 in the v8.0 patch notes and can be seen below:

We can see the Ice King and the Prisoner skin can be seen in the trailer along with the new pirate skin, which will be available in the Battle Pass. It seems like the Ice King, the Prisoner and the Pirate are all racing to the treasure.

The downtime for Season 8 has begun and we will have to see what updates have been made, but we do know that there will be new POIs (Point of Interest) that have emerged with the Volcano, such as Sunny Steps and Lazy Lagoon.

The skins that will be in the Battle Pass have also been revealed, which you can see below:

You can read the full patch notes whilst you are waiting for the downtime to end here.