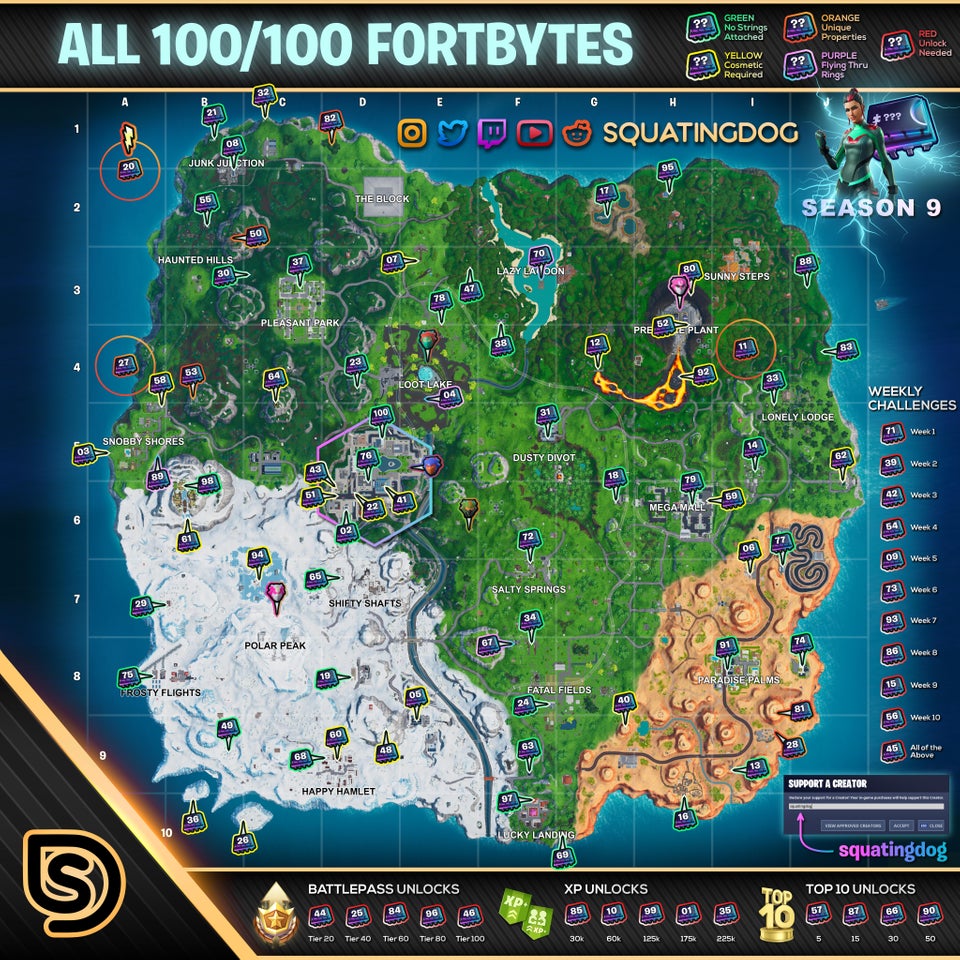 Here are all of the Fortbyte locations for Fortnite Season 9.

Epic Games introduced Fortbytes at the beginning of Season 9, which are a new set of challenges. There are different types of Fortbyte challenges, some can be completed by earning a certain amount of XP in a season or by completing 6 of the 7 challenges for the week whilst others have to be collected in-game.

In total, there are 100 Fortbytes to collect. Upon collecting 90, players unlock the Season 9 mystery/secret skin, Singularity. The skin has two additional changes, which can be unlocked after collecting 95 and 100 Fortbytes.

There’s a large number of players who haven’t been collecting Fortbytes as they weren’t aware that collecting 90 fortbytes unlock the mystery skin. There’s also many players who decided to stop collecting the Fortbytes each day and have fallen behind.

Thanks to Fortnite creator TheSquatingDog, we have a cheat sheet that provides the location of every Fortbyte that is available to collect in-game: