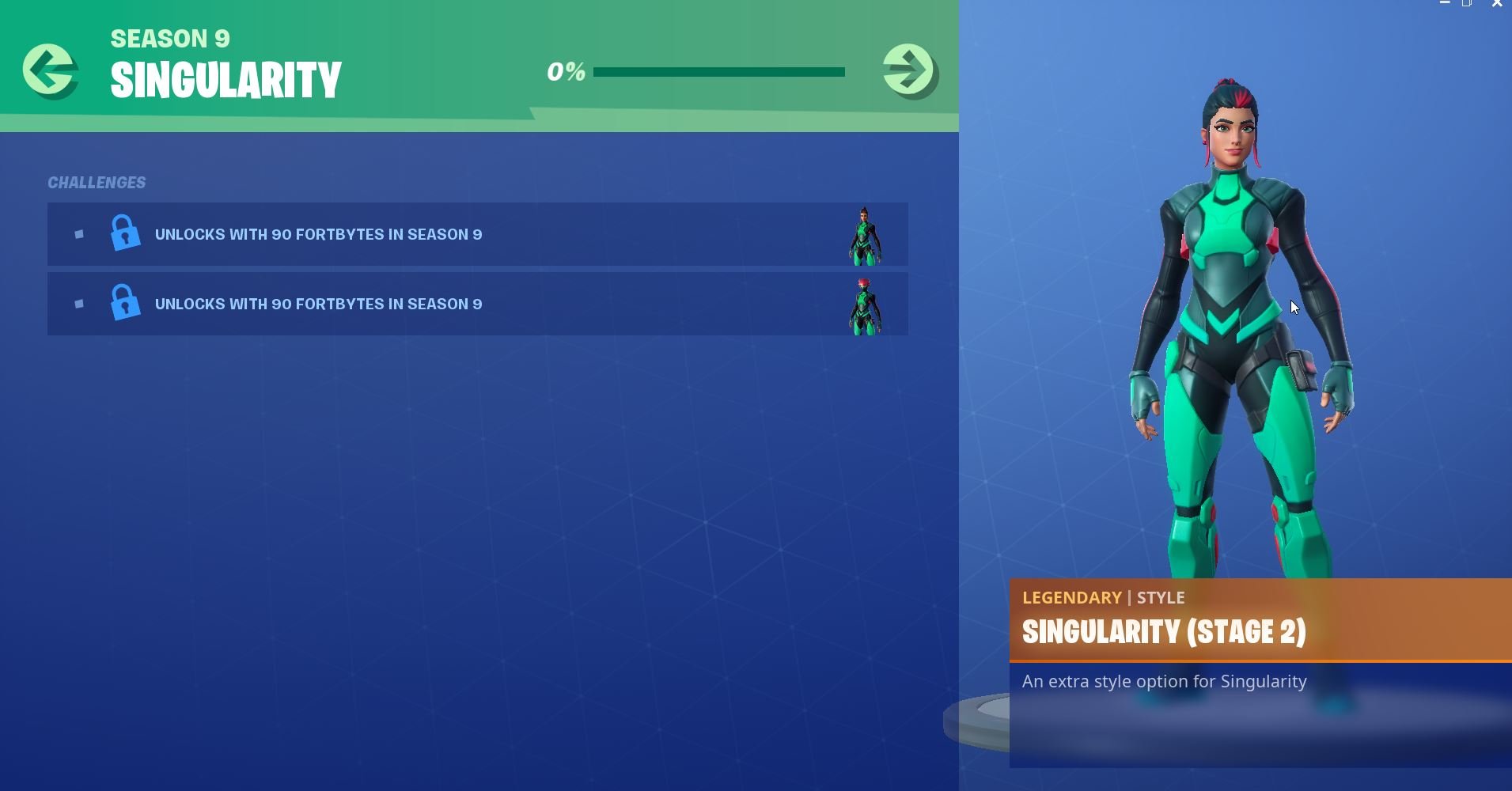 The Fortnite Season 9 mystery/secret skin for the Utopia challenges was leaked by dataminers from the v9.30 files and can also be seen in the challenges tab.

Since Fortnite Season 4, Epic have had a mystery skin that’s available to unlock once players complete a certain number of weekly challenges. Last seasons Mystery skin was Ruin, which was posted by Epic Games prior to skin being added to the game files.

Dataminers leaked the Season 9 mystery skin during downtime, and the skin can now be seen in-game. There are a total of 3 stages for the skin, all of which can be seen below:

Here’s the Singularity challenge tab that you can see in the challenges menu:

Here’s a quick look at the Season 9 Mystery skin:

In order to unlock the skin, players will need to have collected a total of 90 Fortbytes.