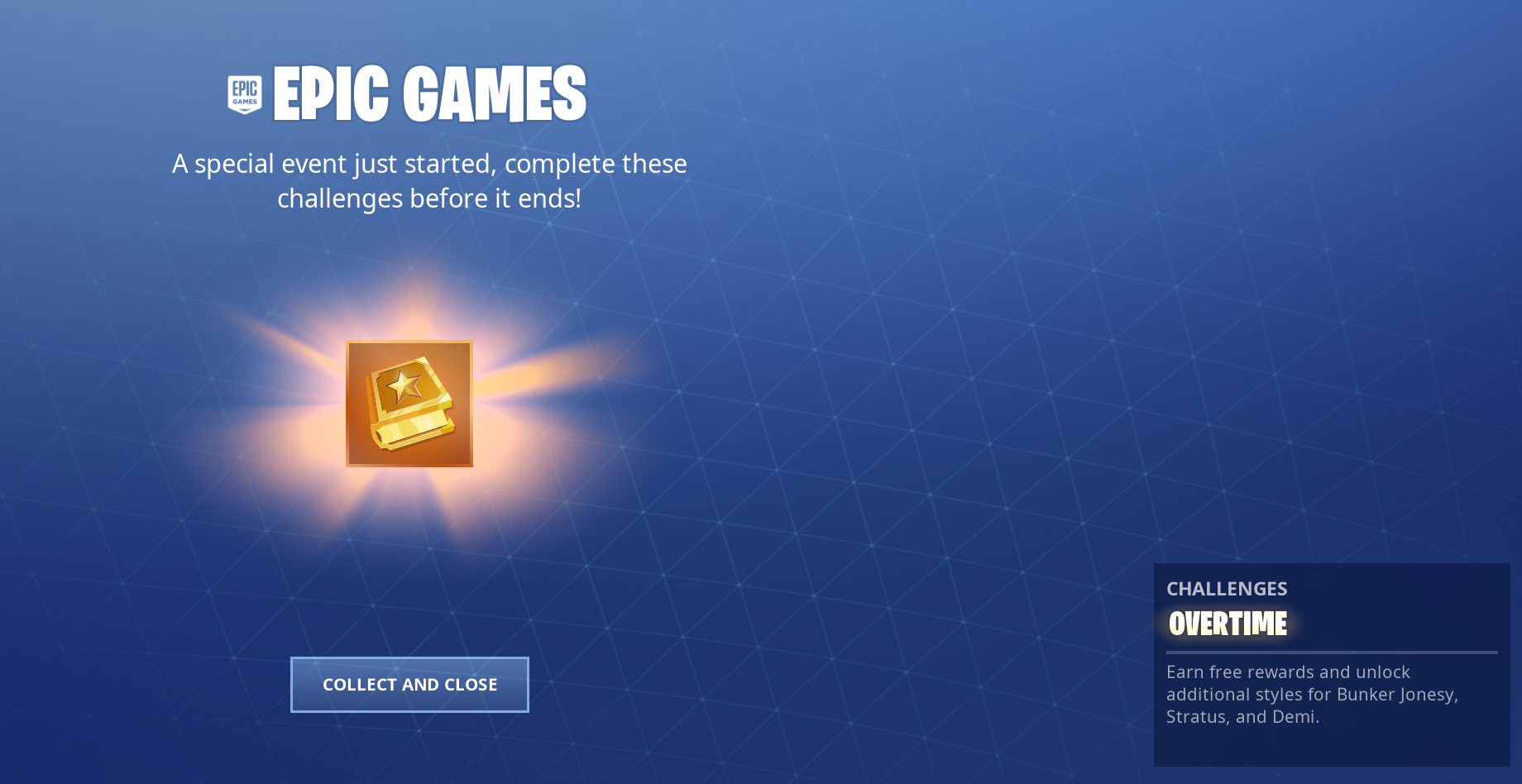 The Fortnite Season 9 Overtime challenges and rewards are now available for players to complete.

Fortnite Season 9 will end on Thursday, 1st August, which will also be the start of season 10. In the past two seasons, Epic have introduced Overtime challenges in the final week of the season. Season 7 was 12 weeks long instead of 10, which is why Epic decided to create overtime challenges. There was a total of 20 challenges available for season 7 whilst season 8 had half the challenges as the season was 10 weeks long.

Below you can see the Overtime challenges that are currently available along with the rewards you’ll receive after completing the challenges.

Here are the current challenges are have been unlocked:

Players will have until the end of the season to complete these challenges. Epic will be releasing a few overtime challenges at a time.