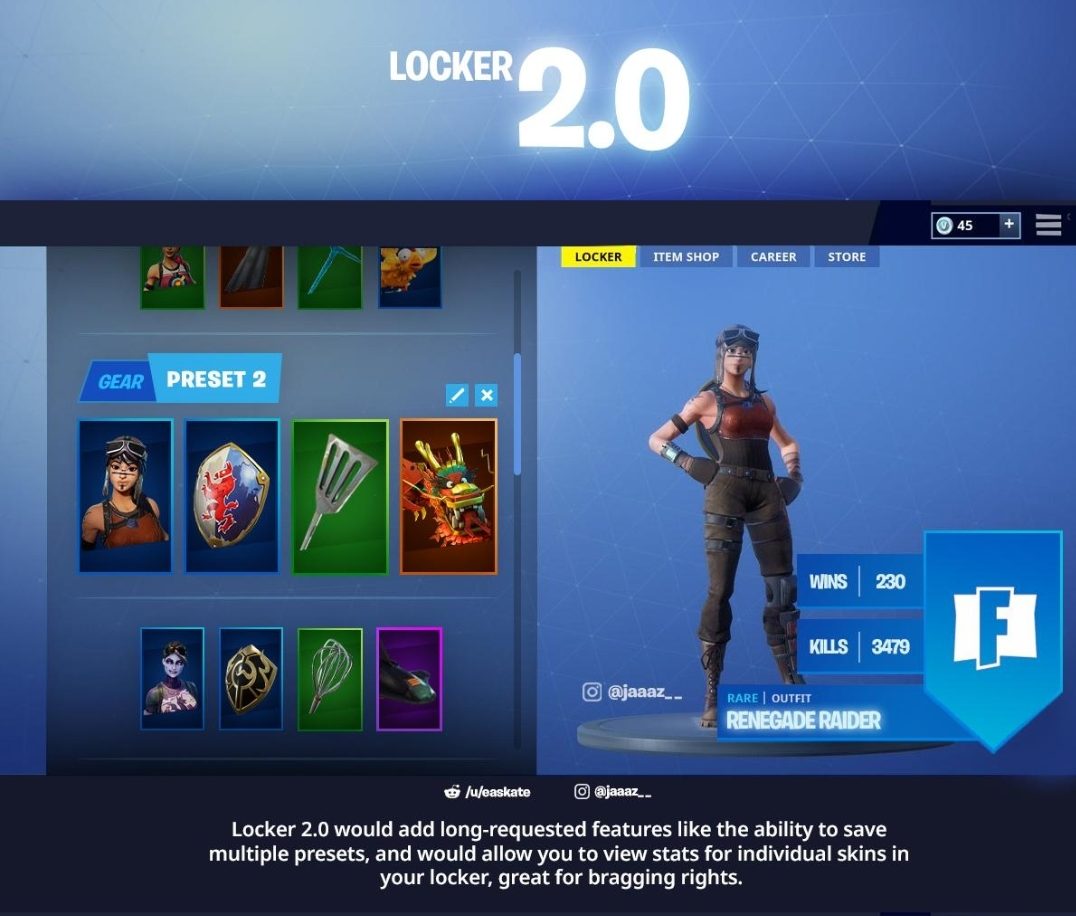 Here is a concept that would allow players to save their favourite sets.

Epic release new cosmetics quite regularly and they update the Fortnite Item Shop on a daily basis. The cosmetics that you can get in Fortnite Battle Royale include skins, back blings, pickaxes, gliders and emotes. You can get different cosmetics by purchasing them in the Item Shop, progressing in the Battle Pass, completing limited time challenges, claiming exclusives for specific devices or purchasing packs.

As there are many different cosmetics that have been introduced to the game, it can be quite difficult going through all of the cosmetics you own and creating your own look. Players tend to mix and match cosmetics from different sets to create their own unique combination, however this can be quite time consuming having to switch cosmetics in different matches.

easkate has commented on his concept with the following, “Locker 2.0 would add long-requested features like the ability to save multiple presets and would allow you to view stats for individual skins in your locker, great for bragging rights.”

Instead of just adding the feature for you to save your favourite combinations, he has also suggested that there could be stats added for you to see the amount of wins and kills you’ve had with a specific skin.

He has also suggested that the emote wheel should be customizable so players can organise their emote wheels they want. “This idea would also bring the ability to organise your Emote wheel in greater detail, customising each page and placing emotes in the slots you define for easy access! Emotes could also come with stats, such as how many times you’ve used one, or the total time spent dancing!”

What do you think of this concept? Would you want to see the stats for skins and emotes? Let us know in the comments below.