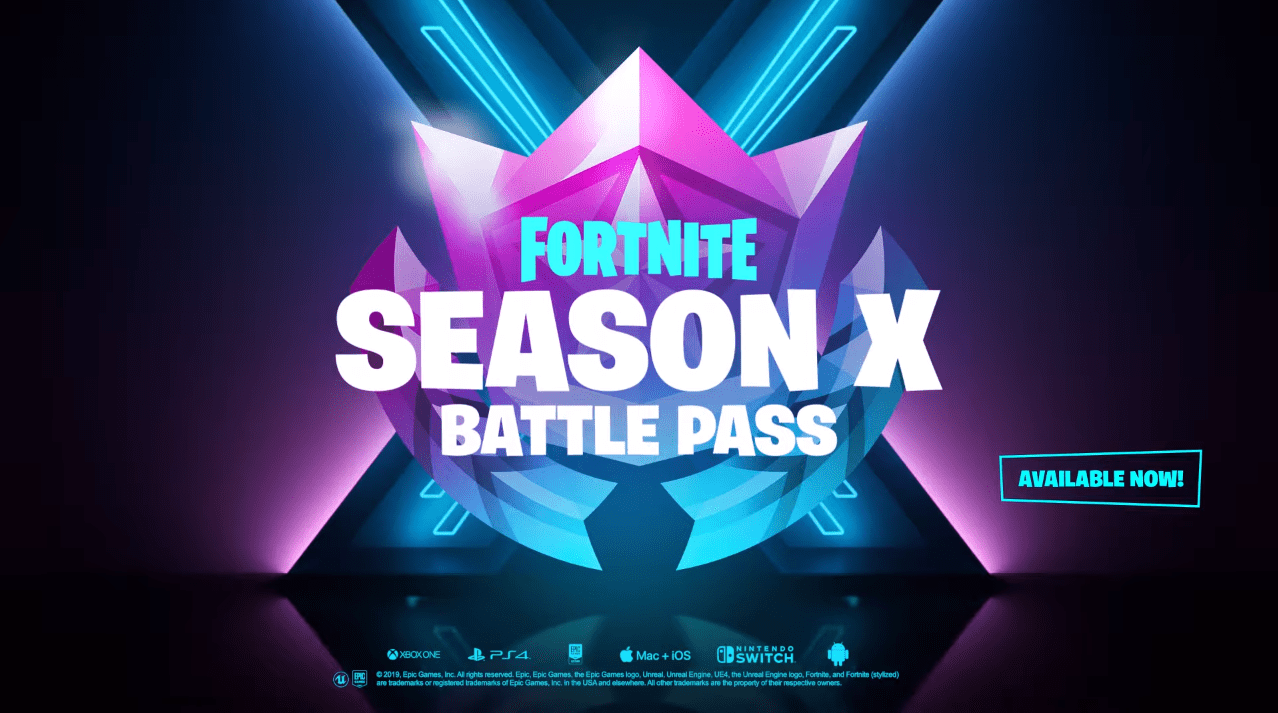 Epic Games have released the Battle Pass overtime video, briefly going over the Fortnite Season X/10 skins, emotes, gliders, pickaxes and other things that’ll be in the Battle Pass.

Epic Games release a Battle Pass every season which includes new skins, emotes, gliders, pickaxes, wraps, toys and more. The Battle Pass is an optional upgrade to the Fortnite Battle Royale experience, which can be purchased for 950 V-Bucks. Players unlock tiers as the season progresses, or they can purchase they want up to tier 100.

With the launch of Season X (10), we have a brand new Battle Pass. Below you can see the Season X Battle Pass overview video which was recently released by Epic Games.

Here is a closer look at the skins in the Battle Pass:

Once the servers are back up from maintenance, we’ll be providing an in-depth look at all of the cosmetics and other items that are available in the Season X/10 Battle Pass. We’ll have a full list of every cosmetic available along with the name, description and rarity of each cosmetic.

From the overview video, let us know your thoughts on the Season X skins in the comments section below.