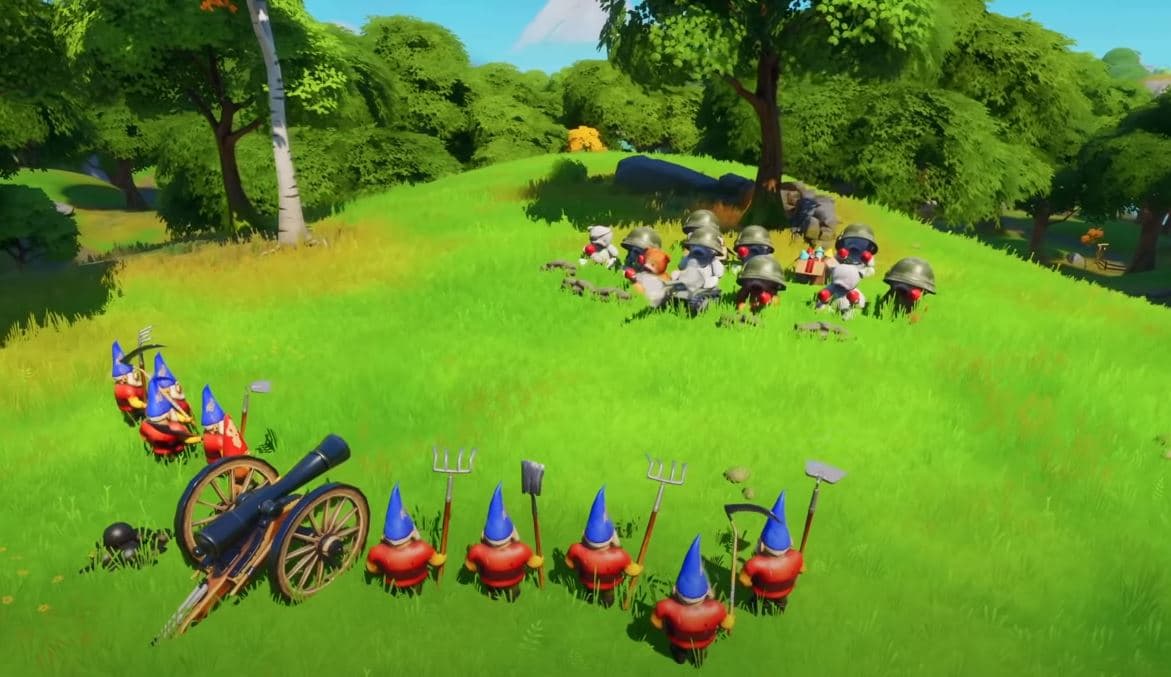 The third part of the secret mission with the Gnomes and Bears in now available in Fortnite. Here is how to complete the ‘No Right to Bear Arms’ challenge where you need to disarm the Gnomes and Teddies.

A side storyline has been introduced to Fortnite Battle Royale with the Gnomes and Bears that could be found around Weeping Woods. Epic have been adding secret missions for players to complete where you awarded with bonus XP. It looks like you can only complete these secret missions for a limited time.

First, players were required to find honey pots around the map as part of the ‘For the Bears’ mission/quest and to aim telescopes for the ‘For the Gnomes’ mission/quest which would grant players with 15,000 XP each. The second secret mission to be released for this storyline was to ‘Save the Bears’ as the gnomes had imprisoned the bears in the cell in the bunker.

The new secret mission that is available to complete right now is the ‘No Right to Bear Arms’. In the last update, you could see that there were a line of gnomes and bears that are armed and facing each other, ready to fight around the outskirts of Weeping Woods.

In order to complete this challenge, you will need to disarm both the gnomes and the bears. They are on the hill northeast of Weeping Woods, which we have marked on the map below:

Simply interact with both the bears and the gnomes to disarm them and to complete the challenge. You should then receive a notification that you have completed the challenge and have been awarded 15,000 XP. You should also be granted the No Rights to Bear Arms legacy.