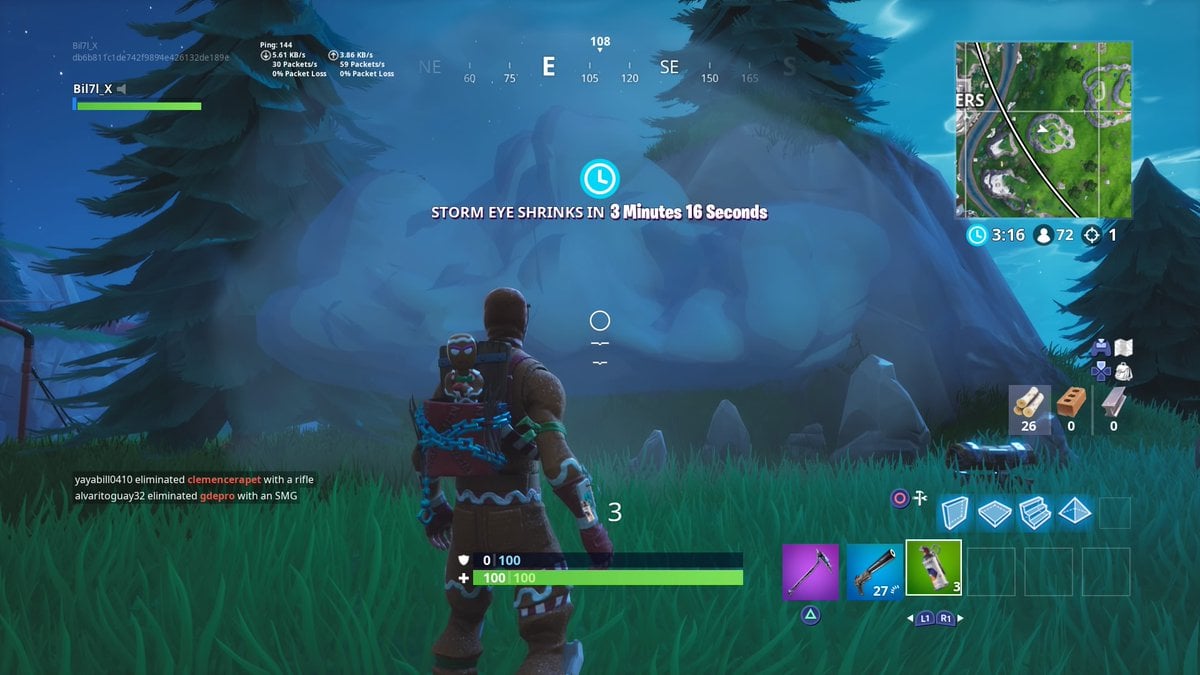 Day 10 of the 14 Days of Fortnite event is live and the Sneaky Silencers Limited Time Mode is available as a solo mode.

Day 10 of the 14 days of Fortnite event and a new challenge and reward is available. The challenge is to complete tricks in a vehicle at 10 different named locations. The reward for completing the challenge is a holiday stormwing spray.

The Sneaky Silencers LTM that wass added into the game mode playlist previously during the 14 days of Fortnite event and it’s now avaialble once again as a solo LTM. Payers have discovered the return of a previously vaulted item, Smoke Grenades.

Smoke Grenades are in the Sneaky Silencer LTM pic.twitter.com/fvUmoqNqZJ

Players have been posting videos and images of the smoke grenades in the LTM. It’s possible this was added by error, or it’s a hint that these items might be making their way out of the vault in the near future. Smoke Grenades were introduced in patch 1.9.1 but were vaulted in the v3.3 update along with the Submachine Gun.

If the grenades have been added by error, it’s likely Epic will release a statement and remove them from the game. We’ll keep you updated with any new information.