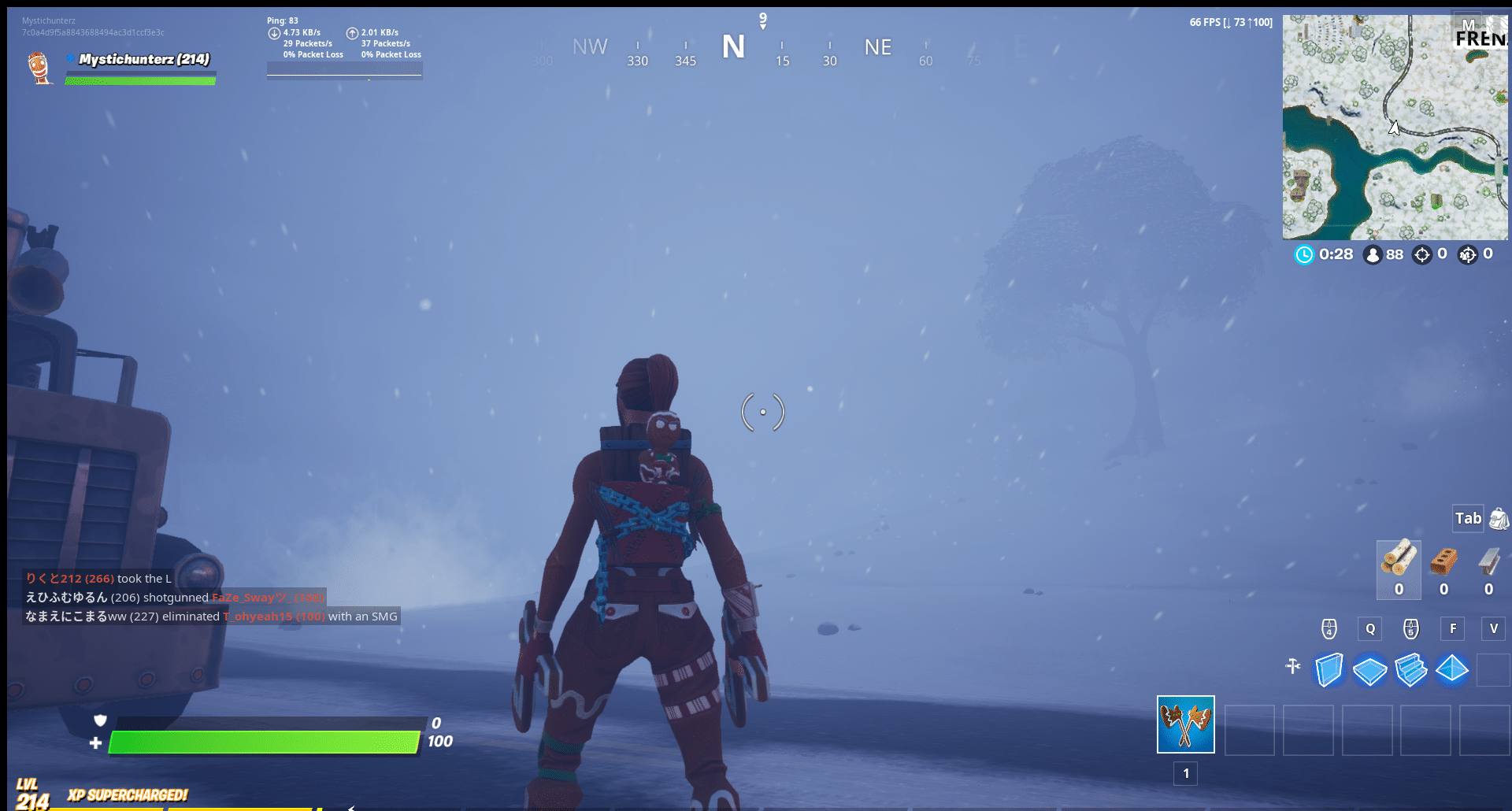 It’s day 9 of the Fortnite Winterfest Christmas event. Each day, a weapon or item is unvaulted for 24 hours, an LTM returns to the playlist, players can open a new Fortnite present, and there’s a new challenge which upon completing, will grant players a free cosmetic reward.

For last years, Christmas event, 14 days of Fortnite, we had two content updates to keep players entertained with new items or weapons. However, it seems as though there’ll be no content updates, or any updates for that matter until the employees at Epic Games return from their well earned break.

Although we won’t be getting any new content, it seems Epic has worked on a new weather system for the game, which is currently being experienced by everyone playing Fortnite today.

If you’ve dropped into Fortnite today, you will have experienced the snowstorm that is currently hitting the Fortnite map. Funnily enough, although Epic didn’t mention a snowstorm in the Winterfest blog, it was actually teased in a loading screen weeks before impacted the Fortnite island.

If you look at the Chaos Rising loading screen, you’ll notice on the screen that’s covered by Chaos Agents head, there’s a weather system that was likely hinting at a snowstorm/blizzard hitting the Fortnite map.

According to users on Reddit, it seems as though the blizzards last around 3 minutes. When the blizzard is ongoing, it’s extremely difficult to see 10 feet ahead of you, making close range fights the norm.

After jumping into several games this morning to experience the snowstorm, it really is quite difficult to see much, and long range fights are almost non-existent right now, making sniper rifles utterly useless.

The snowstorms don’t happen all the time and appear to happen at random. Last year, Epic added fog around this time, and players weren’t too happy they couldn’t see much for an entire game. These snowstorm seem to be much better than what we had last year, and are quite exhilarating when you’re rotating and not knowing if you have a player or entire squad right next to you.

If you’re yet to drop into a game today, here’s a video of the snowstorm:

The full blizzard that just happened in game, it lasted around 3 mins, not sure what it did to the map! from FortNiteBR