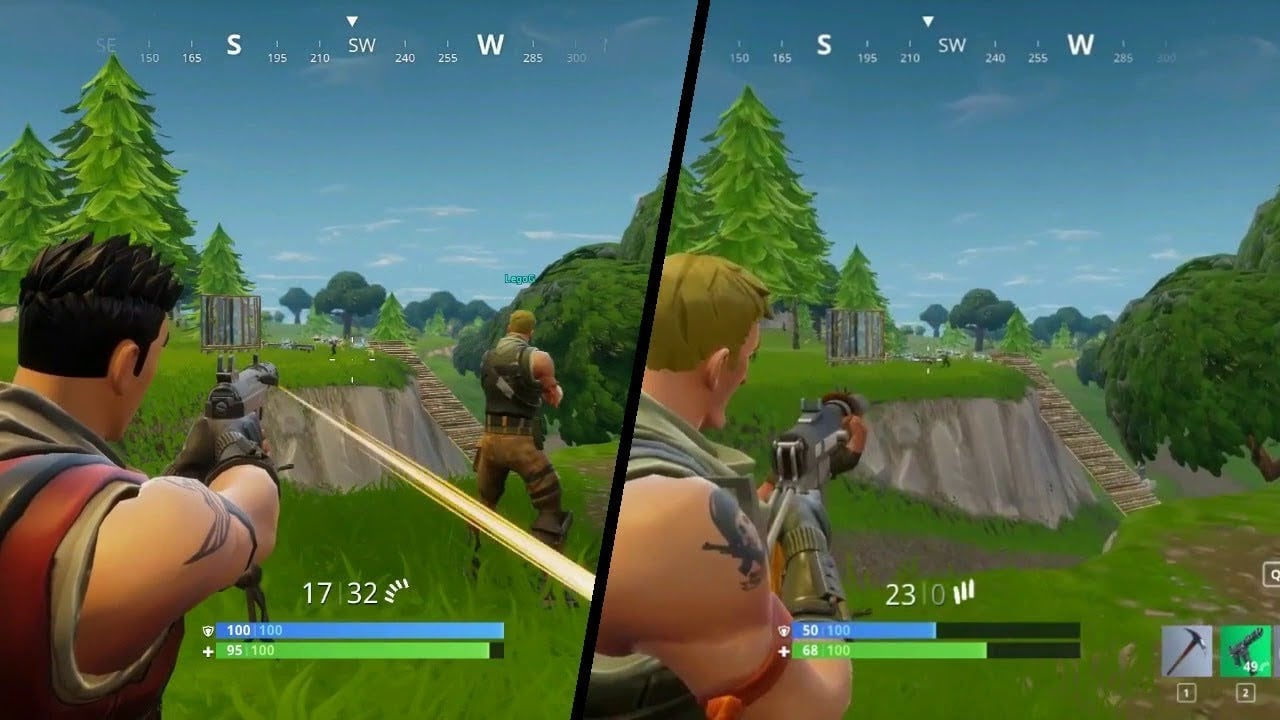 How to use Split Screen in Fortnite

Fortnite split screen has finally returned after being disabled the day it was released. Here’s how to use split screen on PS4 and Xbox One.

A day before last weeks v11.30 Fortnite update, players discovered that Fortnite will be adding split screen due to an error from Epic Games. Epic added a support page on the Fortnite website for split screen before it was even added to the game.

The support page outlined that Fortnite Split screen is only available on PS4 and Xbox One, and that players need a stable internet connection in order to use the feature without any major issues.

In the v11.30 patch notes, Epic stated that split screen in Fortnite was still a work in progress and would look to improve the feature in the near future. The feature was disabled the same day it was released, and it’s finally returned as Epic have re-enabled it more than a week after it was released due to some issues with the feature.

How to use Fortnite Split Screen

Split screen is quite easy to use. Players simply need to login to Fortnite, and then load up the lobby. Once they’ve done that, you’ll see at the bottom of the screen closer to the right hand side, you’ll see a prompt stating that you need to hold ‘X’ on the PS4 in order to login.

It’s that simple to use Fortnite split screen. You will notice that the game can become laggy whilst playing split screen.

You might also find yourself being frustrated by the black bars around the game when you’re playing, but it’s something Epic will likely improve moving forwards.

Split screen is not available in any LTM’s, creative, or Save the World. It’s only available to use in Duos and Squads.