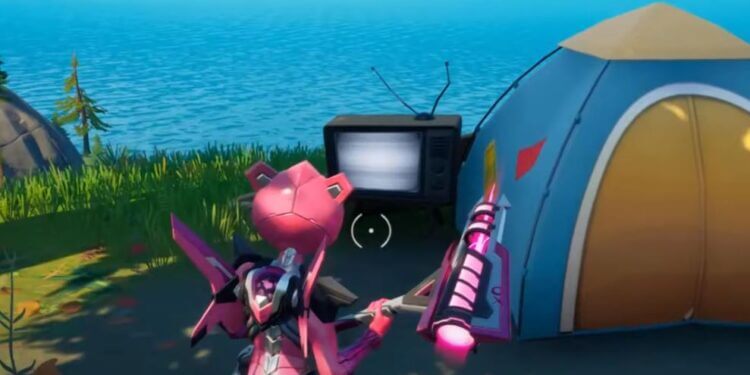 Here’s all the locations of where to destroy spooky TV sets in Fortnite.

Fortnite chapter 2 season 6 is drawing to a close. Season 7 is set to launch of June 8th, 2021 and we should start seeing Epic Games release teaser images for the new season.

So far, we’ve had UFO posters scattered around the map which was followed by the current mini in-game event where players are getting abducted by aliens and thrown to another location on the map with full health and shield.

Data-miners aren’t sure if they’ve scrapped one of the quests, but we know for certain that the “destroy spooky TV sets” challenge will go live at 10 AM ET (3 PM BST). Here’s all the locations where you can find spooky TV sets in Fortnite chapter 2 season 6.

Where to find spooky TV sets in Fortnite

In order to complete the destroy spooky TV sets in Fortnite challenge, you’ll need to destroy a total of five. However, there’s actually at least 7 TV sets that we know of that are scattered around the map.

Here’s all the locations of where you can find the Spooky TV sets in Fortnite:

Here’s a map with all the spooky TV sets locations in Fortnite. If you need further help, we also have in-game images of them under the map.

Spooky TV set location 1: Head north-east of Craggy Cliffs until you see the small sand island. Drop down and you’ll find one in the middle of the mini island. 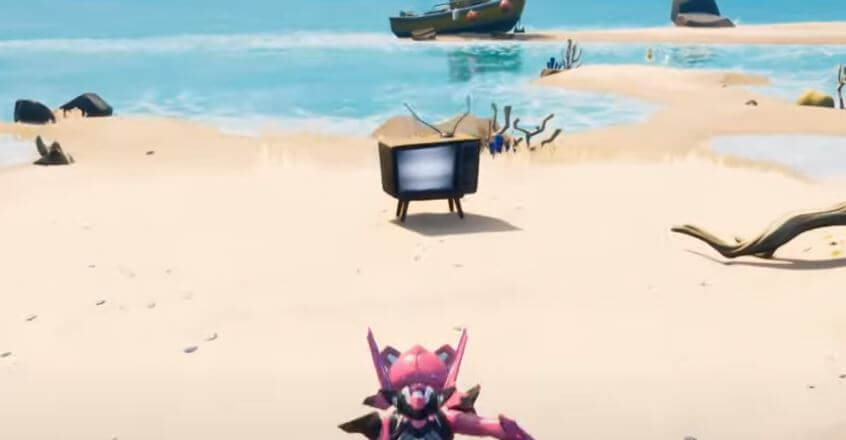 Spooky TV set location 2: Head west past Fort Crumpet and on the edge of the map you’ll find the tv set by a large bush.

Spooky TV set location 3: There’s a cluster of trees north-east of Holly Hedges which is hard to miss. Within these trees, you’ll find another TV to destroy and it’s located in front of a rock. 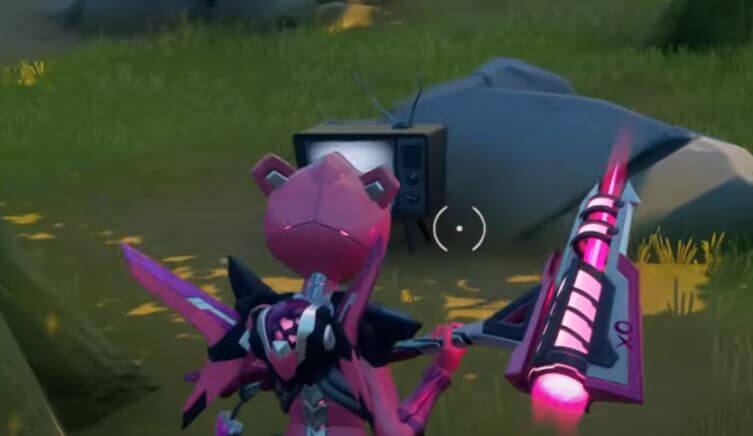 Spooky TV set location 4: Just west of Dirty Docks between the two large blue structures is another location for the Spooky TV sets in Fortnite. You’ll find it in front of a large and small tree. 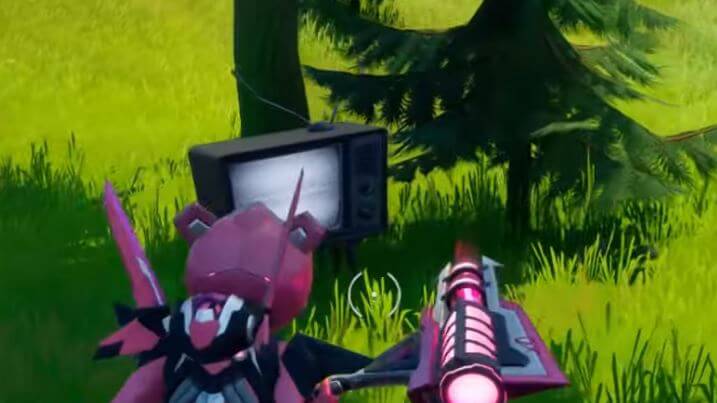 Spooky TV set location 5: Go west of Lazy Lake and past the water. You’ll find the TV set right next to a tree. 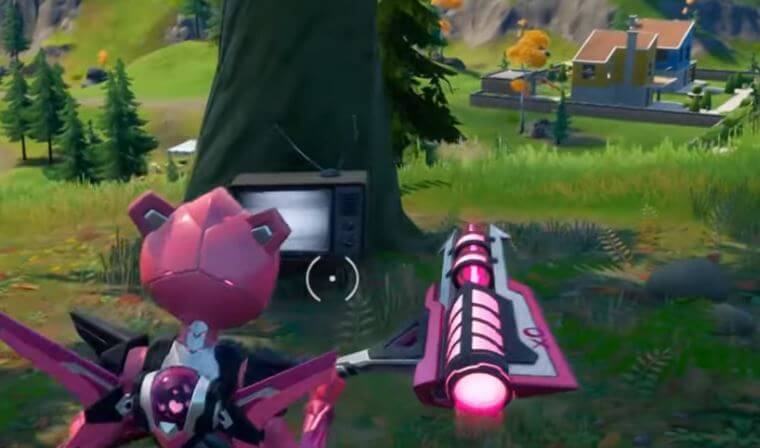 Spooky TV set location 6: Go past the largest snow mountain on the Fortnite chapter 2 season 6 map and you’ll find another set to destroy. It’s located at a camp site and you’ll find the TV on the left side of one of the two tents. 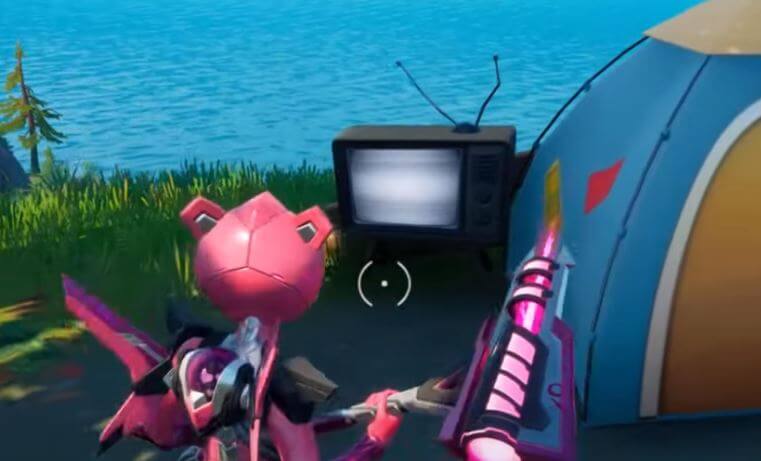 Spooky TV set location 7: The final know location for the spooky TV sets in Fortnite that you need to destroy is south of Slurpy Swamps. You’ll find it in front of a tree and next to a bush. 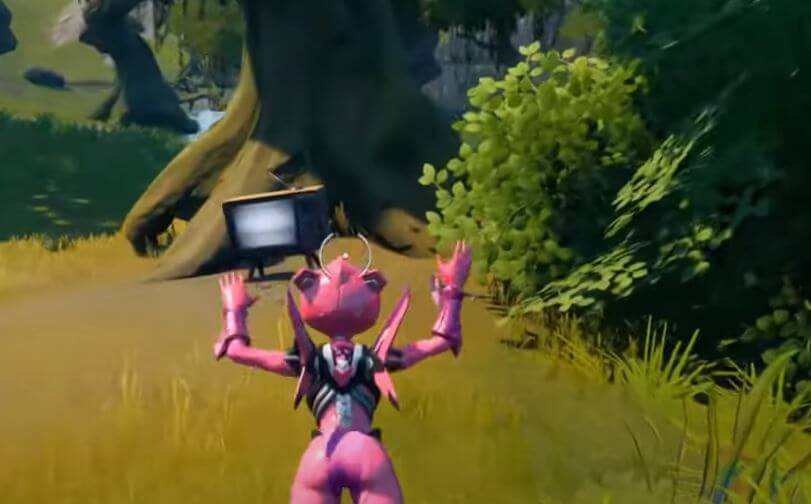 Remember, you need to destroy the spooky TV sets in order to complete them, so remember to swing your pickaxe at them. If there isn’t a TV set at the locations outlined above in the map and images, that means another player has got to them before you and destroyed them. It’s likely going to take a few games in order to complete this challenge, especially as other players will be completing this challenge and the limited number of spooky TV sets in Fortnite.

The TVs won’t actually look like they do in the images we have above. There should be a symbol on these TVs, but as we’re writing the guide before the challenges release, they don’t have any image on them.