Will there be Fortnite Star Wars skins for the May the 4th 2021? 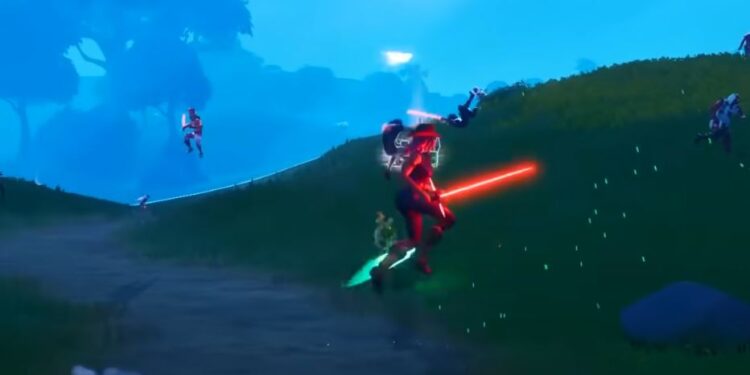 Here’s what we know about Fortnite x Star Wars day 2021.

They’ve also had numerous Marvel Fortnite skins in the item shop along with the Marvel Royalty & Warriors Pack that included Black Panther.

Other top IP collaborations on the list based on revenue included NFL in third place, Travis Scott in fourth, and Marshmello, DC, and John Wick in fifth, sixth, and seventh place.

The Fortnite X Star Wars collaboration was second on the list and with today being May 4th, Star Wars day 2021, players are hoping that the Star Wars Fortnite skins will be in the Fortnite Item Shop. The shop was scheduled to reset earlier than usual today which began rumors we’ll be getting a Fortnite Star Wars Day May 4th 2021 item shop.

The Fortnite x Star Wars collaboration began with the release of the Imperial Stormtrooper Fortnite skin in November 2019. Players spotted the Star Destroyed in the sky. A Fortnite Star Wars event then took place in December 2019 with players being able to get free cosmetics include the TIE Whisper Glider.

The Star Wars Fortnite collaboration didn’t stop there. Imperial Stormtroopers were placed around various locations on the map and players could complete Star Wars challenges to get more free rewards including the Jedi Training emote, First Order back bling, and more.

Last year on May 3rd, Epic Games added back lightsabers for Star Wars day, and players were expecting the same with players dubbing it as Fortnite Star Wars day 2021. With the item shop resetting early, players also expected the Star Wars Fortnite skins to be in the shop, but that isn’t the case.

Instead, the Wave Rider skin was added to the shop along with Epic announced the Fortnite Creative Mayhem tournament with players be able to easily earn a free spray and pickaxe.

Are lightsabers in Fortnite 2021?

Lightsabers haven’t been added back into Fortnite Battle Royale and it looks like the skins won’t be available in the shop either unless they decide to add it in when the shop resets again at the normal time which will still be May 4th in a number of countries.

However, that seems unlikely and it looks like we won’t be getting lightsabers back in Fortnite for May 4th, nor does it look like the Star Wars cosmetics will be back in the shop.

Co-founder, Writer and Social at Fortnite Insider. You can find Yousef occasionally writing articles and managing the Fortnite Insider Twitter account (@Fortnite_BR). As well as running Fortnite Insider, Yousef also has a handful of other successful ongoing projects and likes to keep busy. He plays FPS and BR games, mainly Fortnite of course, in his spare time. Yousef is always on hand 24/7 to break the latest news. Second-class upper-division (2:1) bachelor's with honours degree in Creative Computing. Contact: Yousef[email protected] Twitter: @YousBusiness