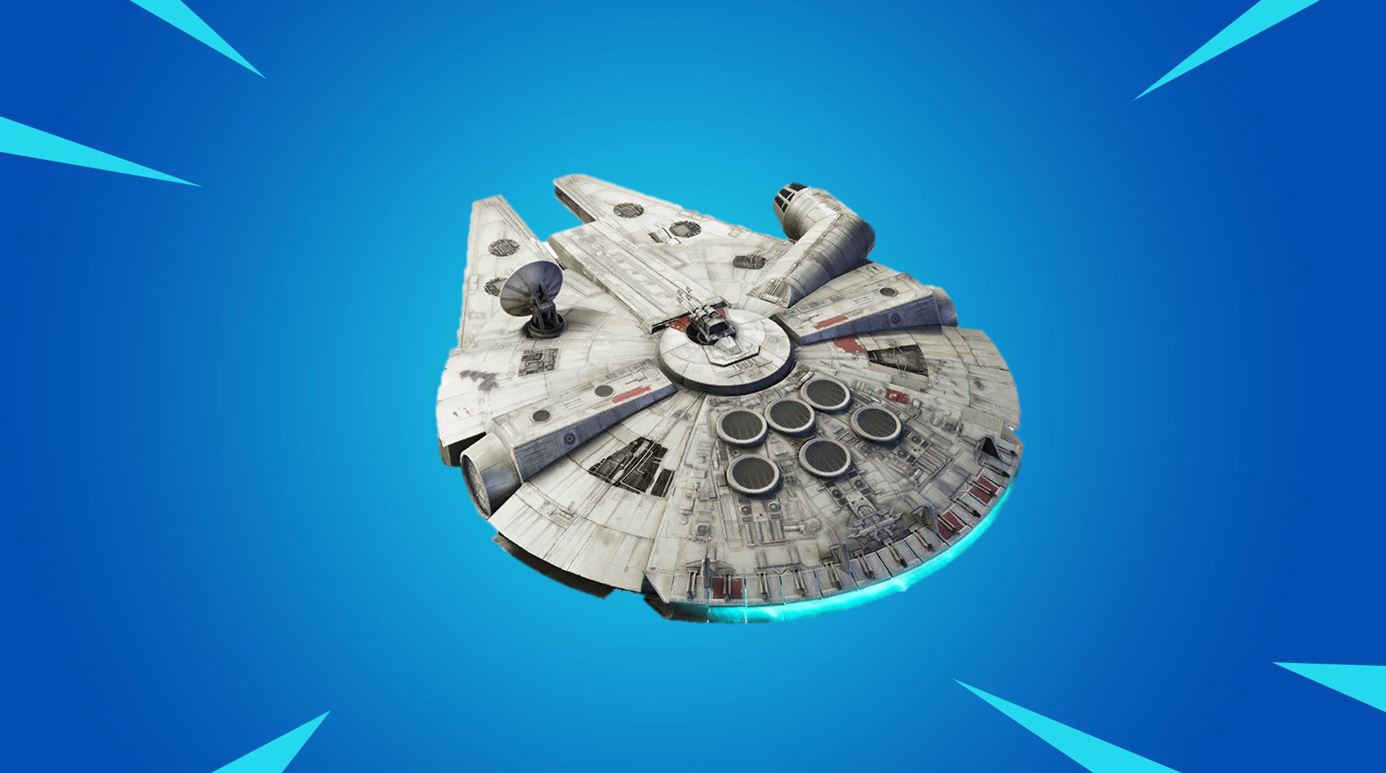 The Millenium Falcon Glider has been leaked by dataminers in today’s v11.31 Fortnite update.

Epic Games released the v11.31 Fortnite update today. The update introduced the Battle Lab, where players can jump into their own Battle Royale island and select their favourite LTM pools, set up combat scenarios and more.

There weren’t many leaks in today’s update as the v11.30 update was the major patch update for the month. However, there were a few leaks including more information on the Glacial Legends/Polar Legends pack.

After the Fortnite Star Wars live event, dataminers leaked the upcoming Kylo Ren and Zorii Bliss Fortnite skins. Two achievements were also leaked that suggested there would be a Millennium Falcon Glider and the Zorii Bliss Y-Wing Glider.

The achievements are to deploy the gliders, but they weren’t added to the game yet. In today’s update, both the Millennium Falcon Glider and the Zorii Bliss Y-Wing were leaked by dataminers.

According to the leaks, the Millennium Falcon Glider won’t be in the Fortnite Item Shop, but instead will be free as part of the daily free presents system Epic will be introducing for the Winterfest Christmas event. There’s not much information about it being free, so you’ll have to take that with a grain of salt. Here’s a look at the two gliders:

Again, this glider is supposedly free for players as it has the Winterfest source code. Well have to wait and see if it will be part of the daily, free Winterfest present system.

There’s no information on the Zorii Bliss Y-Wing glider and there hasn’t been any information posted by dataminers whether this has an item shop source code of a Winterfest source code similar to the Millennium Glider.

We’ll keep you updated if there’s any more information regarding the two Star Wars gliders.