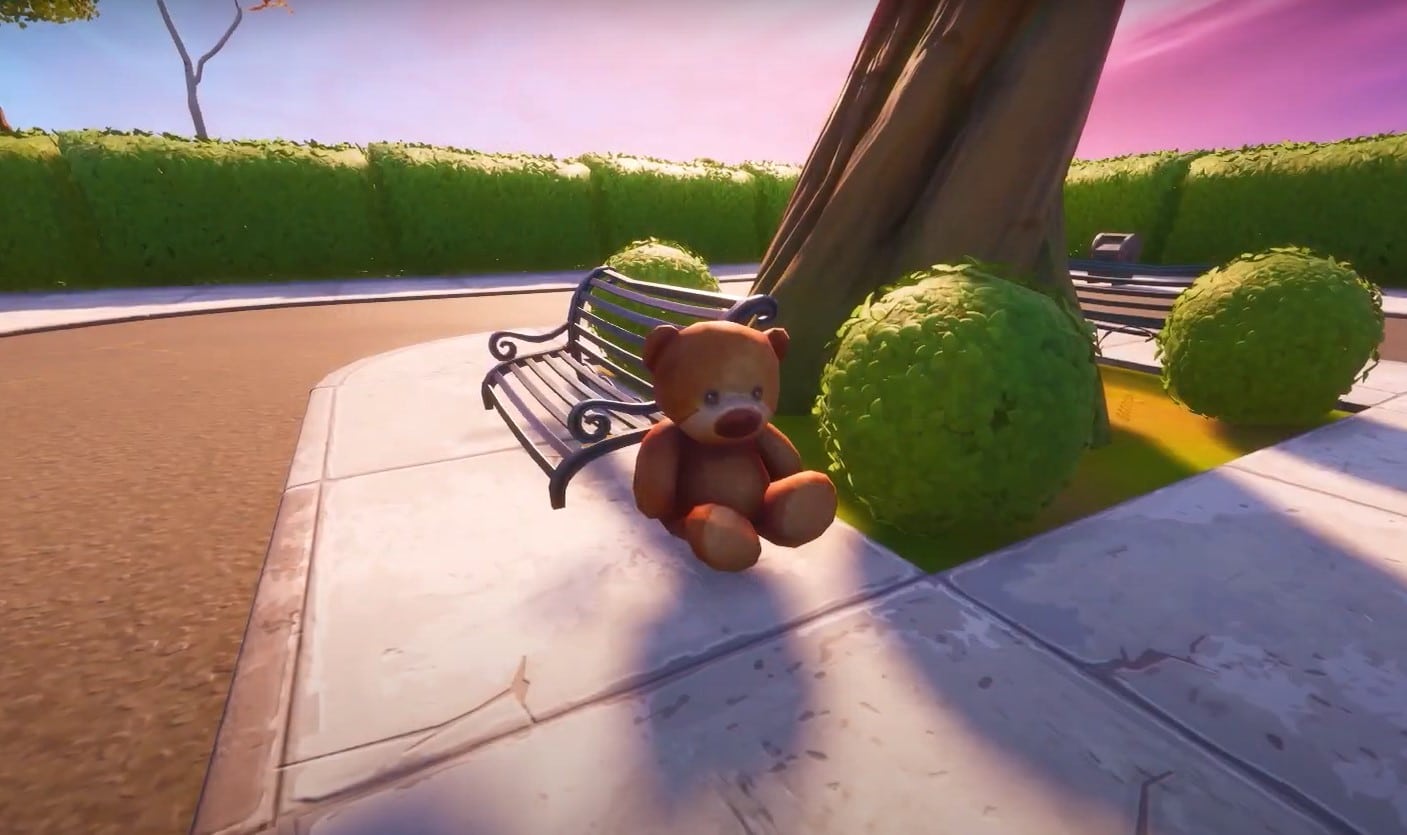 Here’s the locations of where you can find and destroy the teddy bears at Holly Hedges.

When the v12.50 Fortnite update was released a few weeks ago, data-miners leaked additional challenges which Epic promised to release in the blog post announcing the extension to Fortnite Chapter 2 Season 2.

The challenges are called ‘Location Domination’ and two weeks ago, the first part of the challenges were released. There’s a total of 10 challenges for players to complete which are staged challenges. Upon completion of all the challenges, players are granted a total of 900,000 XP. With this season being more of a grind than last season, players need as much XP as they can get.

If you’re not already aware, Epic have released some secret challenges in the past few weeks that grants players XP upon completion. Some of these challenges have been based on gnomes and teddy bears around the Fortnite map, a small story line that’s running this season for those challenge seekers looking to get as much XP as possible.

Although Epic provide the location of where you can find and destroy teddy bears, it’s still a hassle to find them in all the houses that are in Holly Hedges. We’ve created a guide with all the teddy bear locations to help you complete this challenge as quickly as possible.

You’ll need to destroy quite a few teddy bears at Holly Hedges and here’s the locations of where to find them.

Here’s a map of Holly Hedges with all the teddy bear locations marked on it.