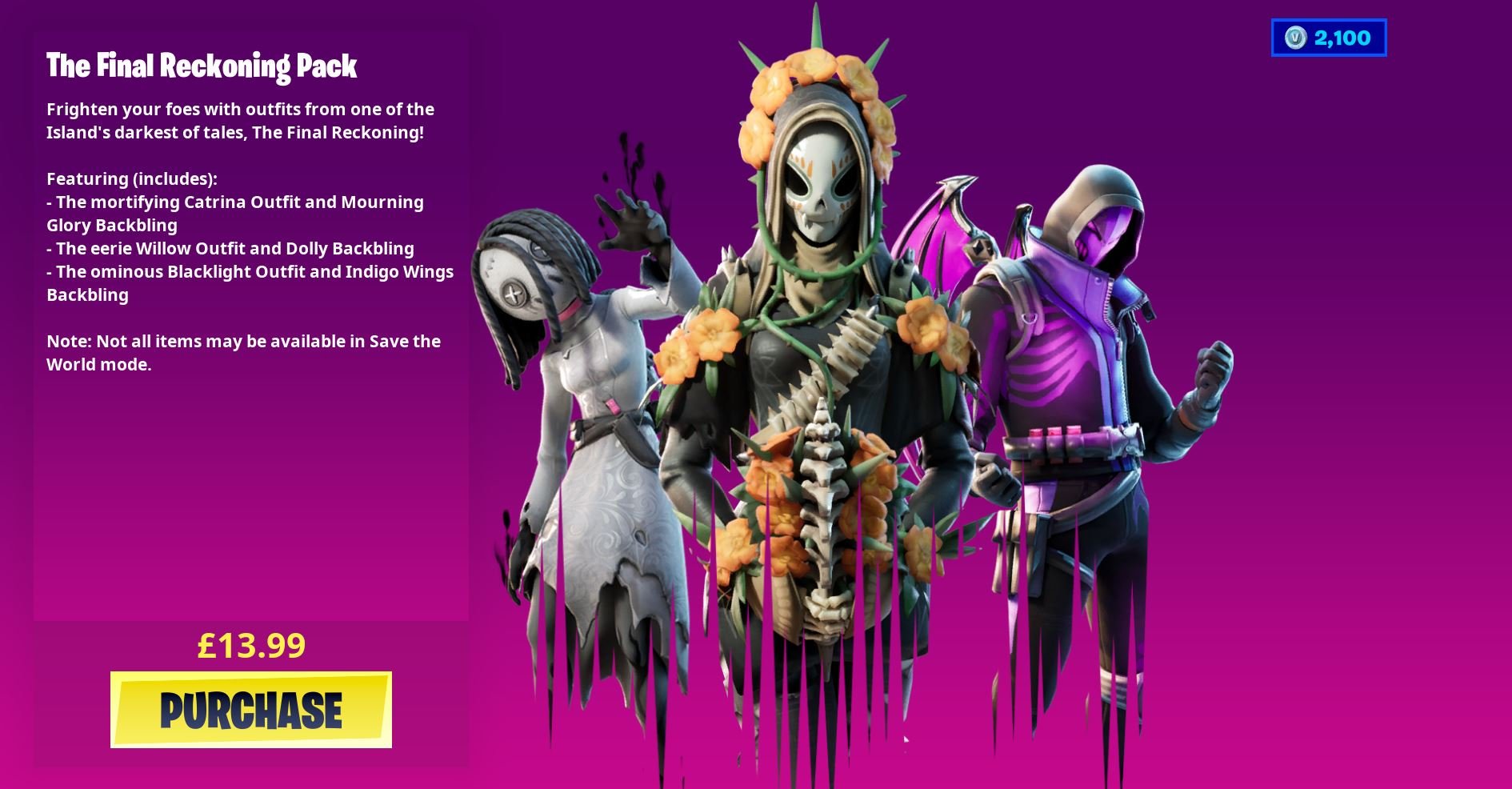 The previously leaked ‘The Final Reckoning’ Fortnite skins and back blings pack is now available to purchase worldwide. Here’s the price and what’s included.

In this week’s v11.01 Fortnite update that was released on Tuesday, dataminers leaked a brand new pack that’ll be available to purchase in the store instead of the item shop. The pack is called ‘The Final Reckoning’ and was teased in Season 10.

The last Rift Zone that was added in Season 10 was Gotham City. The cinema at the popular location had posters labelled as The Final Reckoning. There were outlines of characters, but at the time no one knew what importance they had.

Three of these skins teased in the above posters are in the Final Reckoning Pack whilst the other to have already rotated in the Fortnite Item Shop. Here’s exactly all of the skins and back blings included, their descriptions and rarities, and how much the pack costs in different regions.

Catrina Fortnite Skin/Outfit – Epic – The Queen of the Harvest

This skin has another style that looks identical to it’s back bling called “Doll Head”:

Fortnite The Final Reckoning Back Blings

Dolly Fortnite Back Bling – Epic – She wants to play

The Catrina and Backlight skins also have a pickaxe as part of the set, however, these are not part of the pack. They’ll likely be available in the Item Shop at some point. Here’s a look at the two pickaxes.

The other two skins that were teased in the posters have already been released in the item shop, the latest being the Chaos Agent skin that’s currently in the shop. The other skin, Jawbreaker, was available in the shop on the 23rd/24th October.

Here’s an in-game look at the Blacklight, Catrina and Willow skins along with the Indigo Wings, Mourning Glory and Dolly Back Blings:

Catrina Skin & Backbling, wasn't able to get her pickaxe! pic.twitter.com/sqYkhul0kj

Here’s the price of the Final Reckoning Pack for different regions: