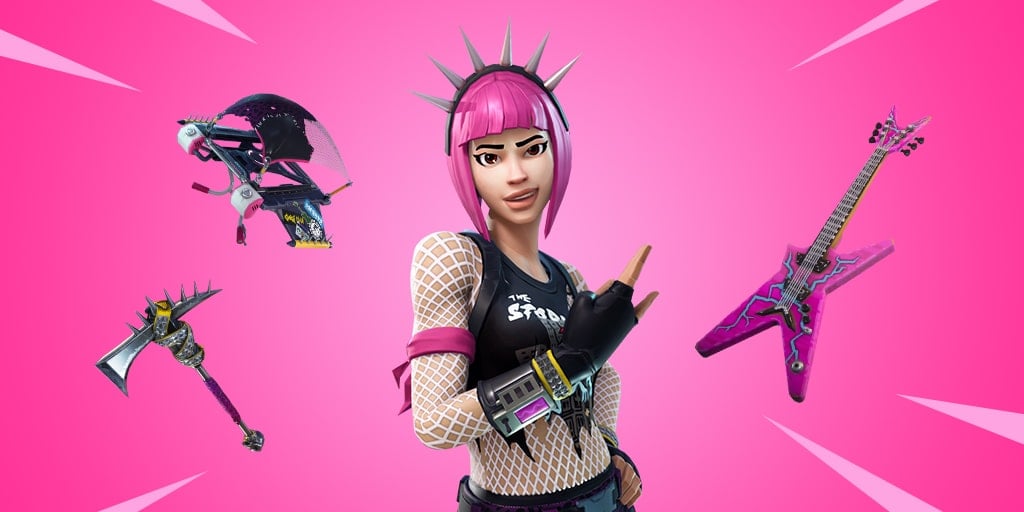 One of more popular skins, Power Chord, has received a brand new skin style in today’s v12.41 Fortnite update and is the only new skin style added for previously released item shop skins.

Although players will be more focused on the new leaked skins and cosmetics from today’s Fortnite update, including the Travis Scott skin and the cosmetics that are part of the set, players that own the Power Chord skin  will be happy to know there’s a new skin style for them.

The Power Chord skin usually has pink hair, a pink arm band, and a pink guitar. However, the newly leaked Rogue skin style gives Power Chord a green or lime look. Both the skin and the Six String back bling have a bright green or lime colour as seen in the images leaked by dataminers below:

In order to get the Rogue Power Chord skin style, you simply need to log-in to Fortnite and you’ll receive a message saying you’ve got a new skin style for Power Chord. If you don’t own the skin, we’ll likely see it back in the item shop soon as any skin that receives a new style makes it’s way back into the item shop within a couple of weeks.