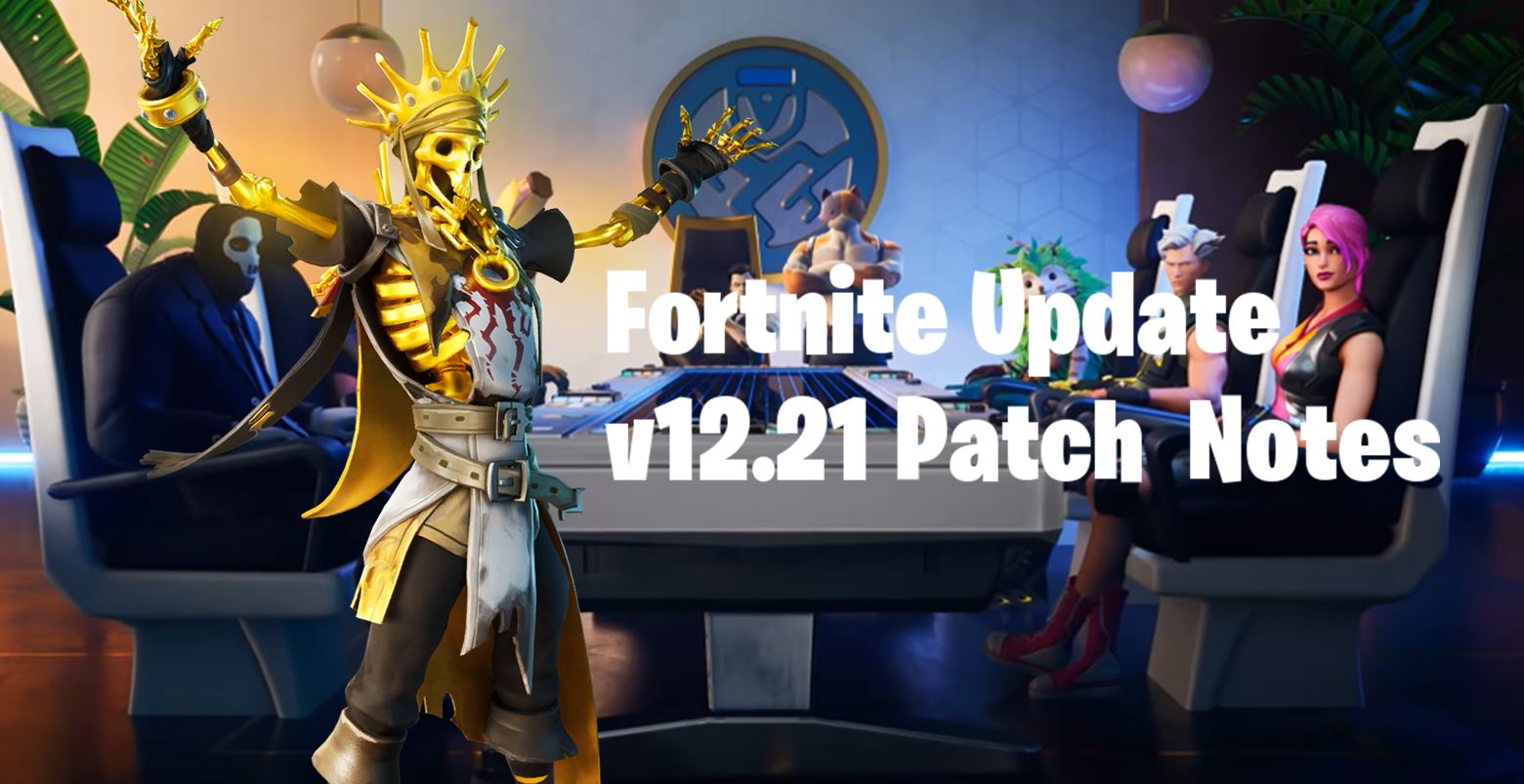 Since the release of Fortnite chapter 2, Epic Games have changed their Fortnite update schedule that they had for the majority of chapter 1. Updates were released every week in chapter 1 with one week being a content update whilst the other week was a major update that included a bunch of new files.

Since chapter 2, Epic usually release biweekly updates, although there were a number of times during season 1 when an update would release three weeks apart from one another. There are no longer any content updates, and at times, the new feature or items that were being added provided no change to the game.

Last night, Epic announced that a new Fortnite update would be coming today, v12.21. It was always likely that this wasn’t going to add anything major and that’s turned out to be the case. Fortnite servers went down much earlier than usual with scheduled maintenance at 6am UTC instead of 9am. Below are the Fortnite patch notes for today’s update.

As expected, today’s update didn’t bring any new item, weapon, or any additional feature. However, there were a number of bug fixes that can be seen below.

There was only one leak but it wasn’t a leak for a new skin or another Fortnite cosmetic. A set of challenges for the Fortnite Oro skin that was leaked last season has been added to the game files which provides players with season XP and the chance to unlock a wrap and pickaxe.