The Fortnite servers are down for scheduled maintenance. Here are the patch notes for today’s v23.00 Fortnite chapter 4 season 1 update released on December 4th, 2022.

It’s been over twelve hours since Fortnite chapter three concluded with the Fracture live event. Players have been unable to play the game with Epic putting up a waiting screen.

However, the Fortnite servers are now down for scheduled maintenance and should be up in a few hours’ time. Just after the event, players could head to the Fortnite chapter 4 website to enter coordinates.

When a correct coordinate was entered, players were shown an outfit, weapon, or another item from the new season. Now that all the objects have been found, players will find a code for a free loading screen which you can read more about here.

With server downtime underway, Epic Games have released the patch notes for today’s v23.00 (3.74) Fortnite chapter 4 season 1 update. Below, you can read and see everything that’s been added or changed to the game.

As you’d expect from a new chapter and season in Fortnite, a lot has changed. Fortnite Battle Royale is now powered by Unreal Engine 5.1 which includes noticeable upgrades to the previous version of the popular game engine.

Natural landscapes will look highly detailed, lumen reflections provide high-quality ray-traced reflections, which leads to beautiful interior spaces. Shadowing has been improved along with high-quality visuals at a high framerate.

Here are some images to show off the new changes: You can read more about everything Unreal Engine 5.1 has to offer in the dedicated post here.

A new chapter means a new map. Chapter three’s finale Fracture live event has formed a new island. Here are some of the locations you’ll find on the map: 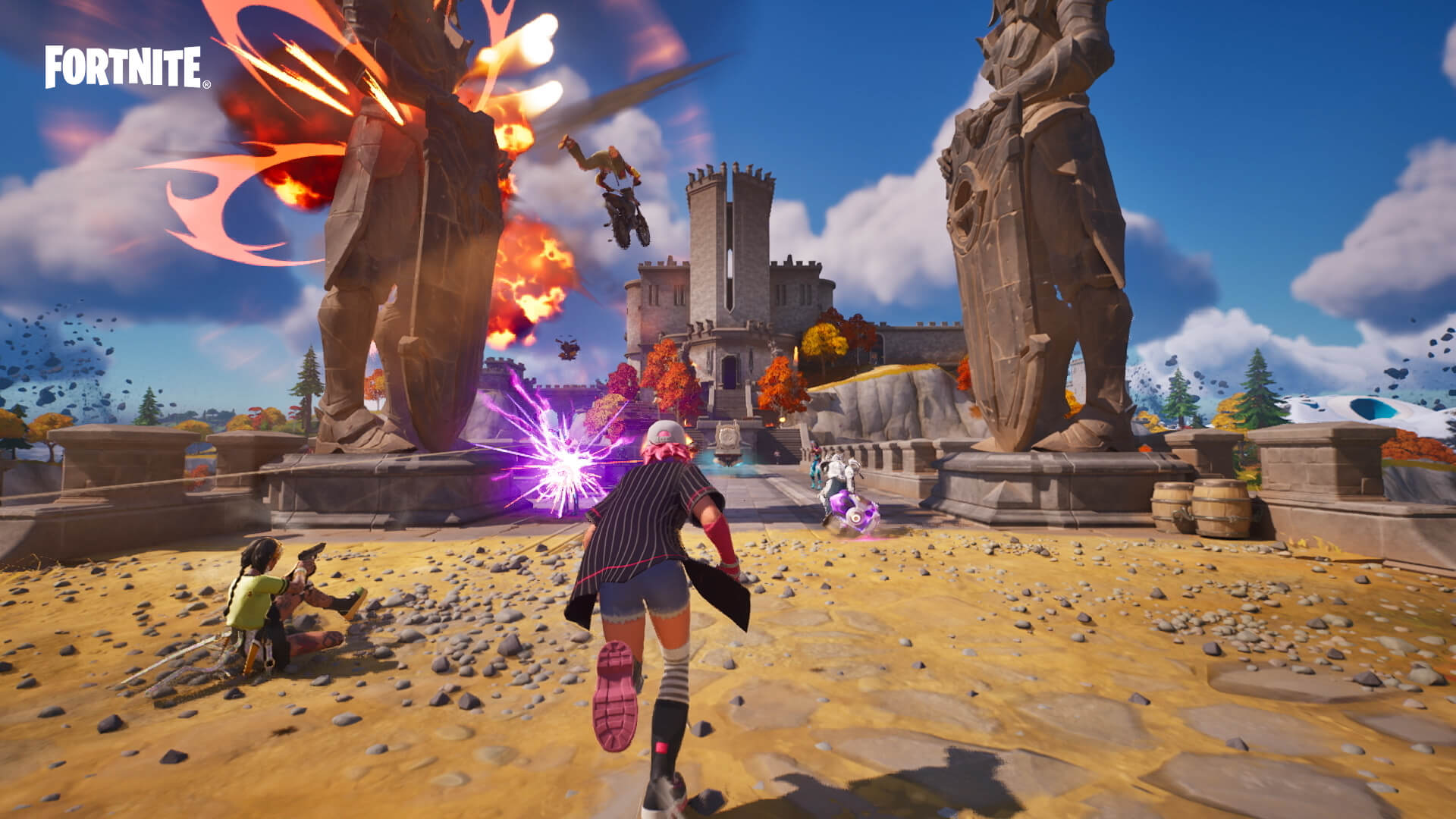 This point of interest is the castle ruled by “The Ageless.” 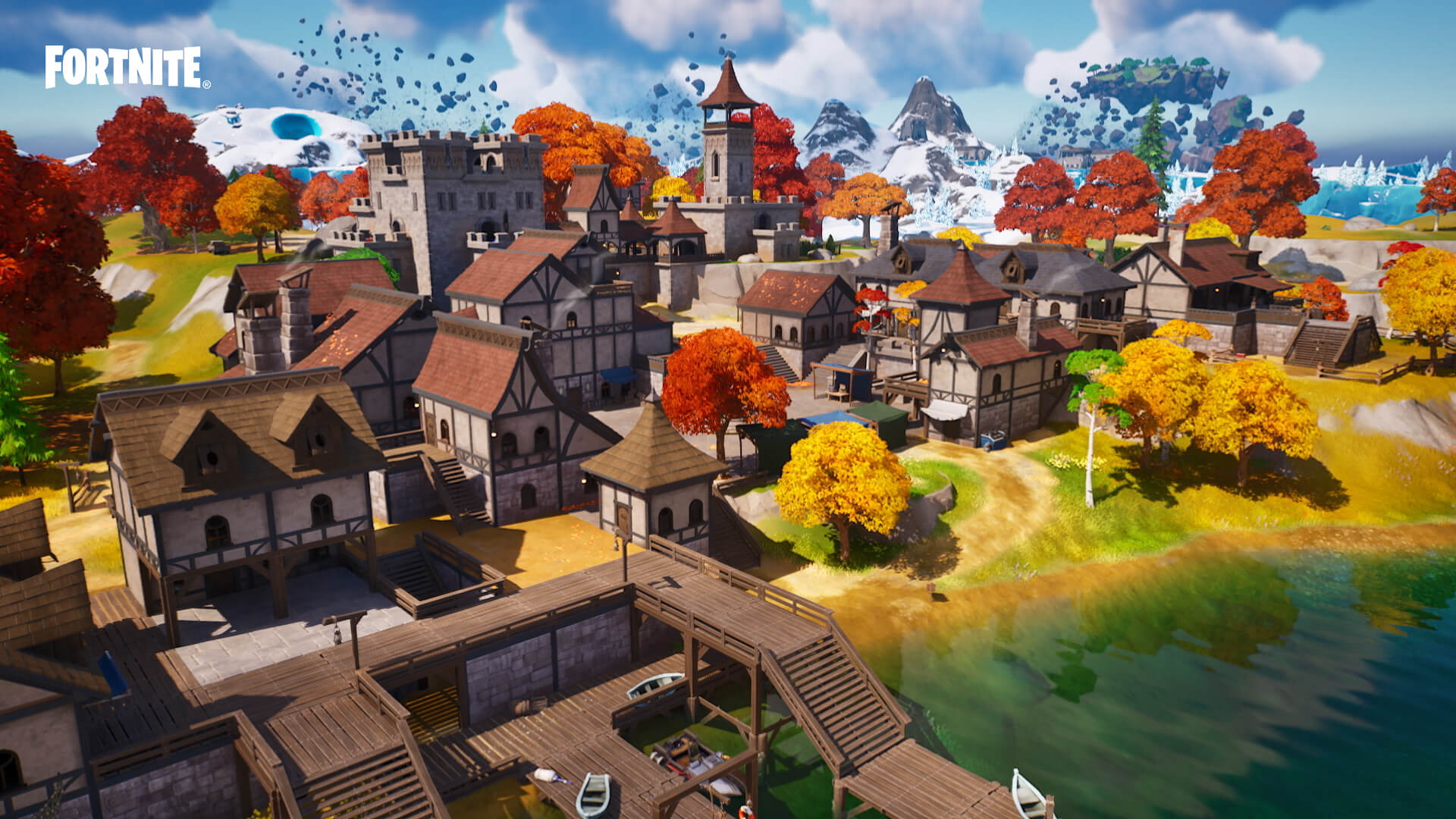 Anvil Square is a peaceful-looking town in the heart of a forest. Emphasis on peaceful-LOOKING. 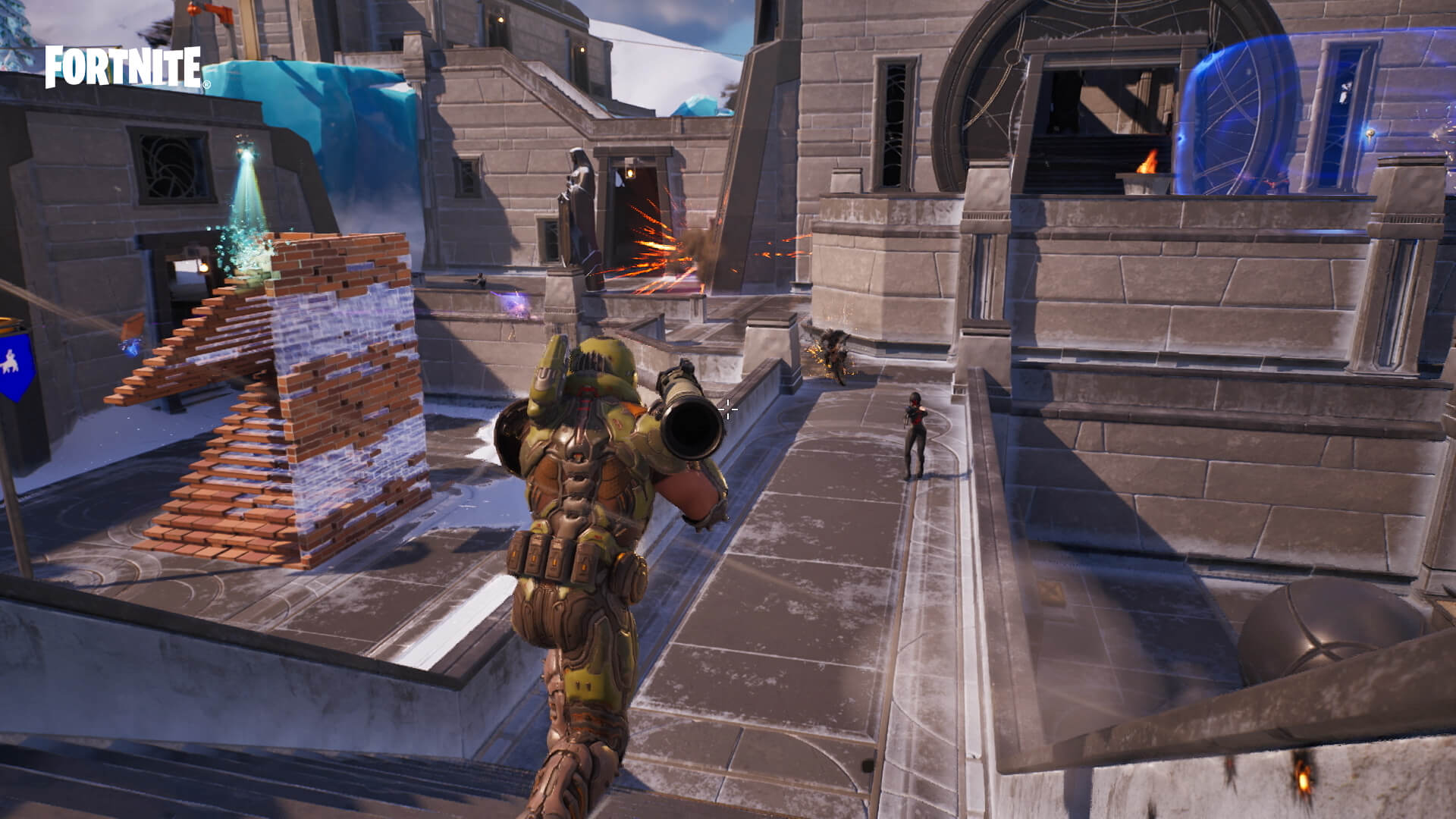 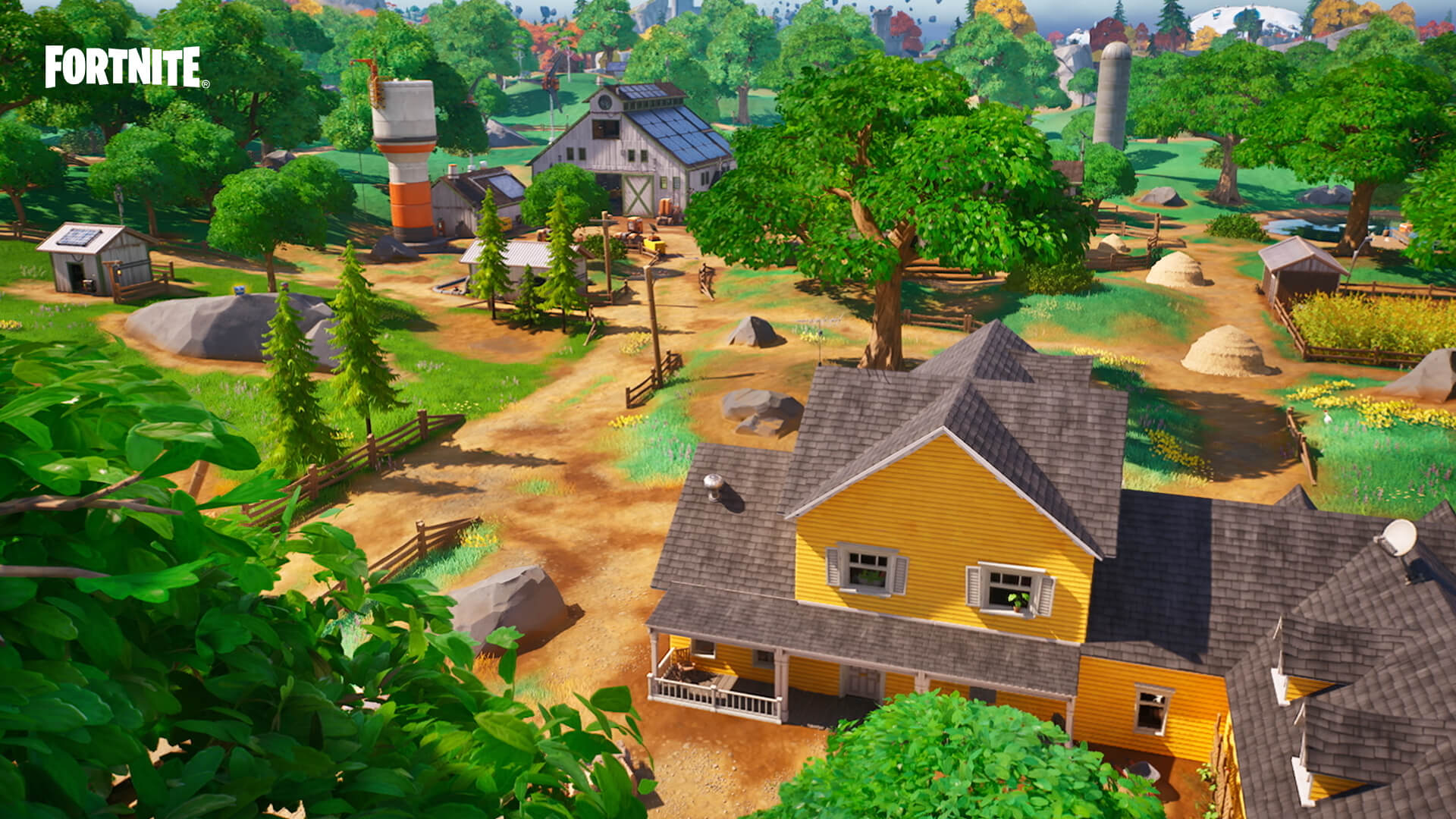 Considering this farm is abandoned, what makes it frenetic are the battles that happen here.

If players head to the Shattered Slabs mining facility, they’ll come across Kinetic Ore which will allow them to pull off physics sorcery to strategically attack opponents.

A few months ago, Fortnite leakers revealed that bikes would be coming to Fortnite. Dirt Bikes are now available in Fortnite that’ll allow you to perform tricks and use weapons as you ride.

Reality Augments are a new addition. At intervals in a match, players will be given a choice of two reality augments. The longer you can stick it out in a game, the more reality augments you’ll be able to get your hands on which will last until the end of the match.

Here are all of the reality augments available at launch:

One of the 22 Day 1 Reality Augments: Aerialist. Grants you Glider redeploy for the rest of the match.

One of the 22 Day 1 Reality Augments: Supercharged. Your vehicles won’t consume fuel and they’ll have increased Health.

One of the 22 Day 1 Reality Augments: Soaring Sprints. While sprinting, you’ll be able to jump much higher — and jump with lower gravity.

If you don’t like the option you’ve received, players can reroll them for a better chance to get a reality augment you like using.

Another new feature is the ability to hurdle forward. If you spring at obstacles in Fortnite chapter 4 season 1, players will now hurdle onto or over them as seen below:

A new season means a new set of weapons. There are a total of seven weapons including two shotguns, a rifle, an assault rifle, an SMG, and a tactical pistol. There’s also a Shockwave Hammer melee weapon that’ll deal damage to an opponent and launch them far away.

The new weapon can also be used to launch yourself and teammates. We’ll be covering all of the new weapons and items in a separate article which we’ll link here.

New weapons are accompanied by new items including slap berries, slap juice, and sky jellies. Flying drones will also be available that will hold high-rarity weapons that can be shot down and used.

On the midnight grind, Massai

In your ultra nightmares, Doom Slayer

With sight beyond, Nezumi

Part of The High Stakes Club with Joni the Red, Helsie

Ruling an Empire, The Ageless

And later on in the Season, you’ll be able to unlock monster hunter for hire, Geralt of Rivia himself.