Fortnite Vehicle HUD Health Bar to be Added After v7.01 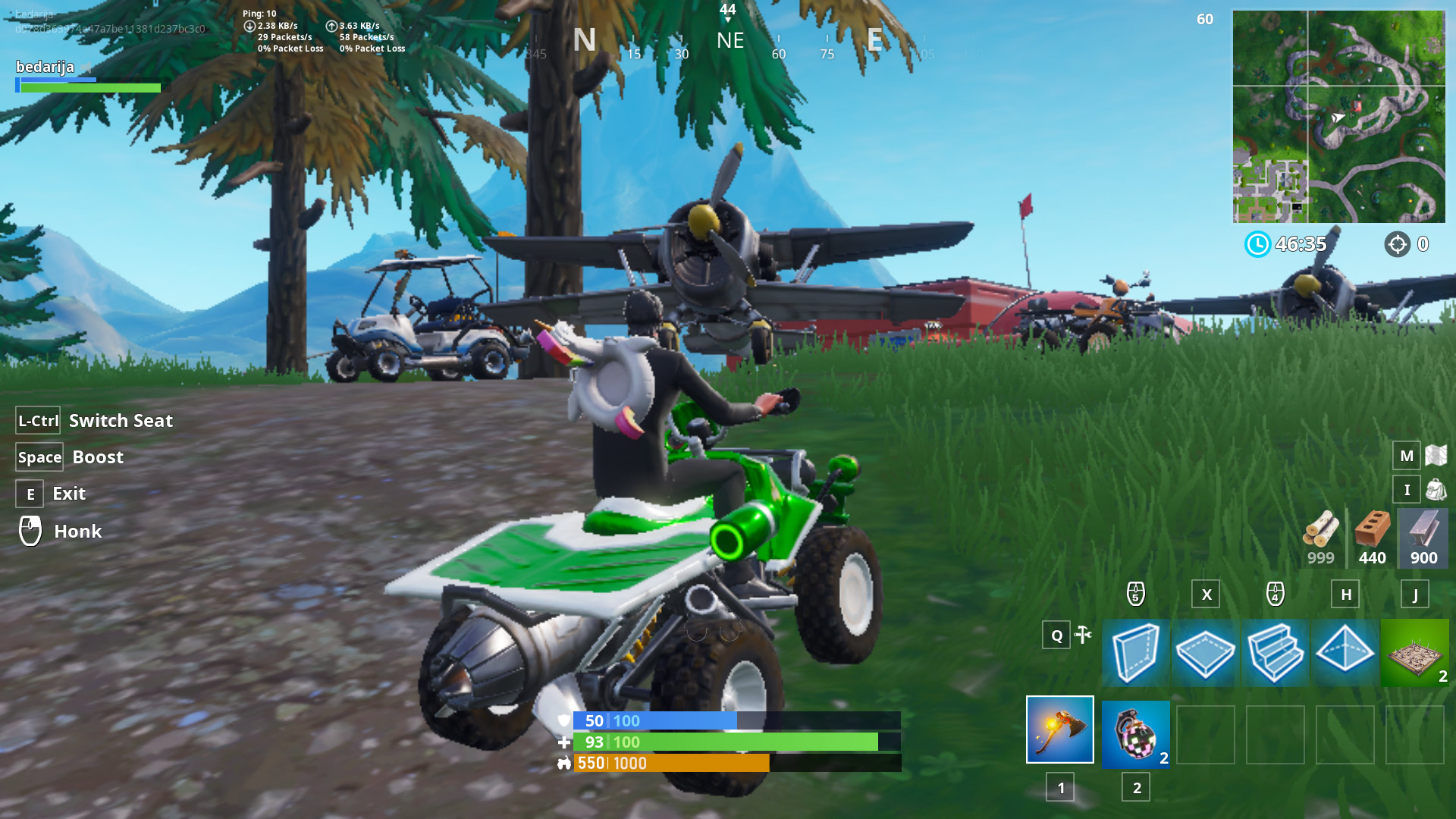 There are quite a few vehicles that are available to use in Fortnite Battle Royale now, with the X-4 Stormwing plane being the latest addition to the game. At the moment, the drivers of the vehicles cannot see the health of the vehicle, especially in the new planes, and so a few members of the community have been calling for this change to be added to the game.

Reddit user bedarija has thought of a way in which the health of vehicles can be tracked in the image below:

He has suggested that there should be a yellow bar added at the bottom of the health and shield bar to show the amount of damage the vehicle can withstand, before being destroyed. This makes it very easy for the driver to be able to see how weak the vehicle is at a glance and can decide to exit the vehicle if the health is too low.

Eric Williamson, Lead Designer at Epic Games, had actually replied to the post before it was removed, with the following:

It seems that Epic were already aware that players would want to see the health of the vehicles displayed and have been working on getting this into the game, but it has just missed the cutoff for v7.01 and will be released in the patch after.

There are also some members of the community that want players to take damage once the vehicle they are on has been destroyed, as there is no other consequence to the players driving the vehicle if is destroyed, apart from being taken off the vehicle. Some players have suggested that the driver should take 50hp damage if the vehicle is destroyed whilst they are still in it. Epic have not commented on whether this will be added into the game, but what do you think about this suggestion?

UPDATE: Sean Hamilton, community coordinator at Epic Games, has posted a pun on the Reddit post that announces the time for the v7.10 update that confirms health bars for vehicles will be available in the update tomorrow.