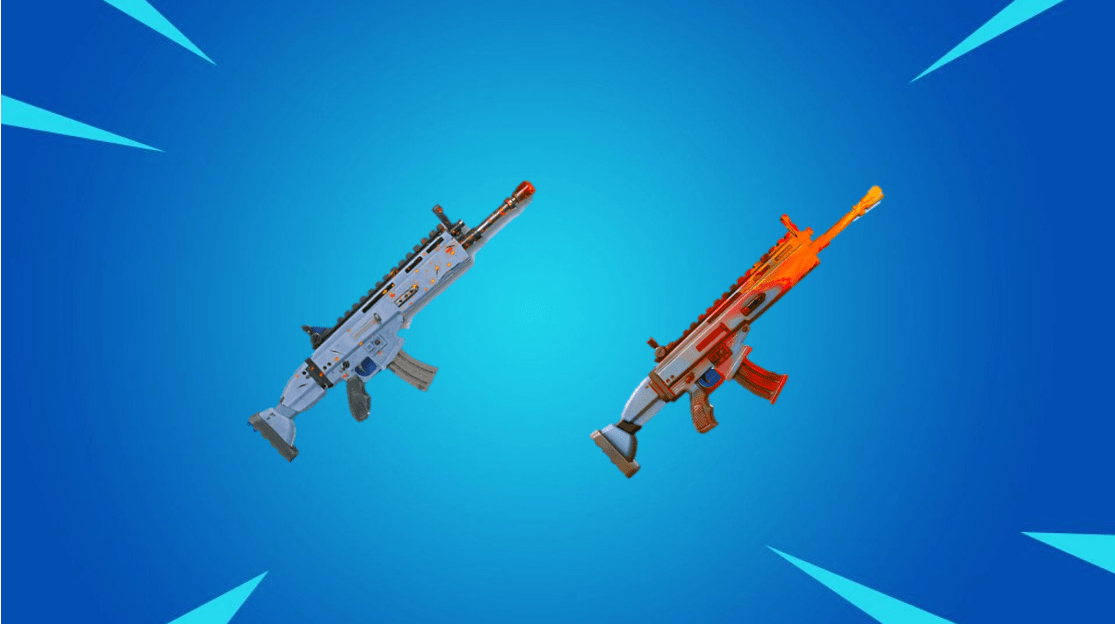 Here is a concept for a Fortnite Weapon Wrap/Skin that could be added to Fortnite Battle Royale.

There are many different cosmetics that have been added to Fortnite Battle Royale, with Weapon Wraps being added in the Season 7 Battle Pass. Wraps were also added to the Item Shop shortly after with the Candy Cane Wrap being the first one introduced.

Since then, there have been many Wraps that have featured in the Item Shop as well as being rewards for progressing in the Season Battle Pass. There have also been some Limited Time Events that come with challenges and completing these will award you with exclusive Wraps.

Reddit User ProKira has come up with a concept for a Reactive Weapon Wrap that could be added to the game. The Wrap would change every time the player gets a multiple of three kills, but the first stage of the Wrap would be basic and would look like there is no Wrap on the weapon, as can be seen below:

As soon as you have three kill, the weapon would turn blue/grey and the muzzle of the weapon will start to flame and you will be able to see the sparks further down on the weapon, as seen below:

Once you have six kills, you will really be able to see the Wrap in full effect the weapon will be covered in animated flames, as shown in the image below:

What do you think about this Reactive Wrap concept? Would you want it added to the game? Let us know your thoughts in the comments section below.