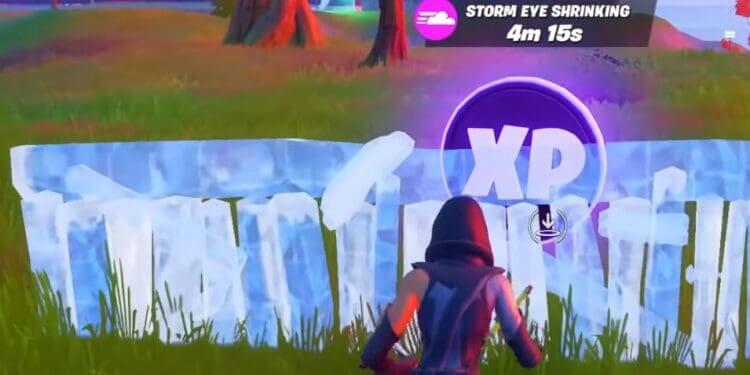 Here are all the Fortnite xp coin locations for week 15 in chapter 2 season 5.

There will also be a chance to watch the Zero Crisis Finale online first, and Epic will provide more details soon as to when and how players can watch the global premiere with everyone.

Although there’s only five days left of Fortnite chapter 2 season 5, we still have the usual seven weekly Epic quests/challenges to complete. The week 15 challenges are straightforward with players being tasked with hiring a character, getting intel from a character, spending bards, sand tunneling within 20 meters of enemies and more.

We also have one final set of xp coins for week 15 to help players progress their Battle Pass and level as much as possible before the season ends.

As usual, we have a total of four green xp coins, three blue, two purple, and one gold coin. Here’s the breakdown for how much XP you get from each coin:

As usual, all of the blue coins will be found in the water around the map. The purple xp coins still break into smaller coins, and you’ll need to collect them all before they disappear. The gold xp coin can be found south of the desert biome.

We’ll likely release a post on the weekend outlining all of the Fortnite XP coin locations in chapter 2 season 5 to help you collect them all before the season ends.