Fortnite where to find and spray a Green, Yellow, Blue, Red, or Purple Steel Bridge Locations 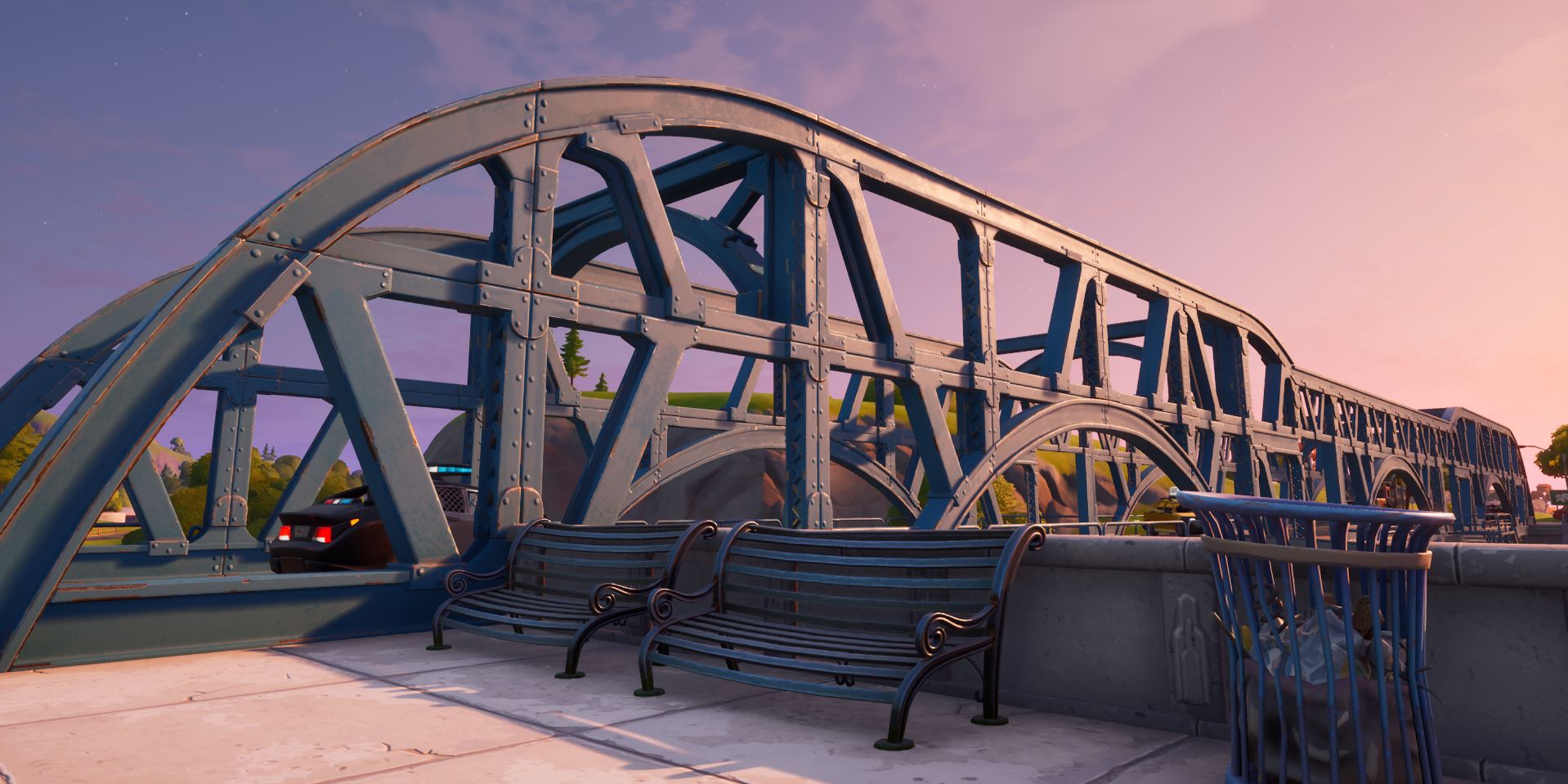 The Alter Ego challenges each consist of three stages. The stages are requiring players to reach a certain level in the Battle Pass followed by completing a certain amount of missions entirely, and finally to perform a certain action in-game with the skin you want to unlock a style for.

In this article, we’ll be covering a guide on how to unlock the style for the Cameo Fortnite skin called Chic. In order unlock the style, players need to have reached level 80, completed seven missions fully, and then will need to spray a green, yellow, blue, red or purple steel bridge whilst wearing the Cameo outfit. Here’s the location of those steel bridges.

In order to unlock the Chic Style for the Cameo skin, players will need to jump into a game and spray one of the steel bridges. Here’s the locations of the all the bridges.

Remember, you only need to spray one of the steel bridge locations marked on map below:

Simply walk up to a steel bridge and spray it with any spray you want. Just be sure to be wearing the Cameo outfit!