Fortnite: Where to Visit Mighty Monument, a Seven Outpost, and Sanctuary Locations 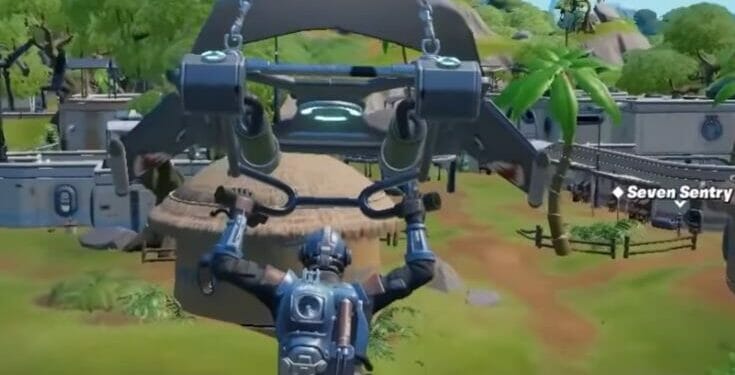 Here are the locations of Mighty Monument and a Seven Outpost to visit for one of the Foundation quests.

The Foundation cosmetics will be available to unlock today at 9 AM ET / 2 PM GMT. There’s a total of eight different cosmetics and a few styles for the outfit including stealth, and one for the rocket wing glider.

Where is Mighty Monument in Fortnite

The Mighty Monument is a location that’s been in Fortnite chapter 3 season 1 since the start. It’s the statue of The Foundation, which can be found on the east side of the chapter 3 map on the small cluster of land.

Here’s the exact location of where you can find Mighty Monument in Fortnite chapter 3 season 1:

Funnily enough, the statue had issue after the 19.20 update with players finding a glitch where you can move the Foundation statue by throwing off-road tyres at it. It would then make the statue either fall straight down or hover in the air. For some people, it sent them across the map and to their death.

Thankfully, this issue has already been fixed, so there shouldn’t be any issues completing this part of the challenge. 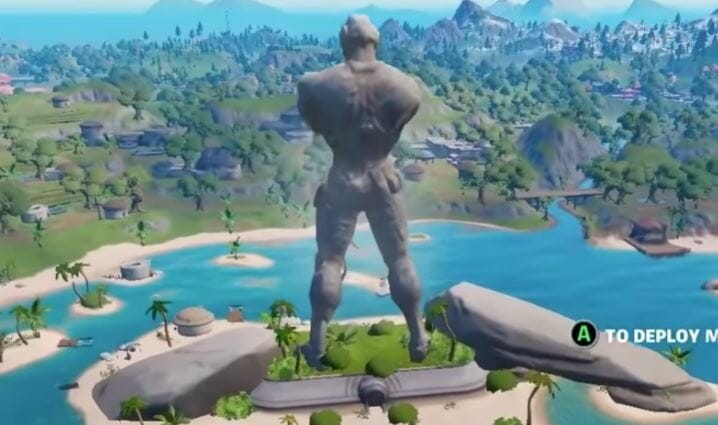 Thankfully, there’s a seven outpost right next to Mighty Monument. You can see the location of the closest Seven Outpost in the map image we have above.

The easiest and quickest way to complete this challenge would be to first go the outpost because it has some rifts around the small island. By using the rift, you can then fly to Mighty Monument. At that location, you can use the statue as it’ll make you float up, which will allow you to them glide over to the Sanctuary to complete the challenge.

Once completed, you’ll have unlocked The Foundation not to secret Battle Pass skin for chapter 3 season 1.