Fortnite Witch Broom: Where and how to find and travel 100 meters on a Witch Broom 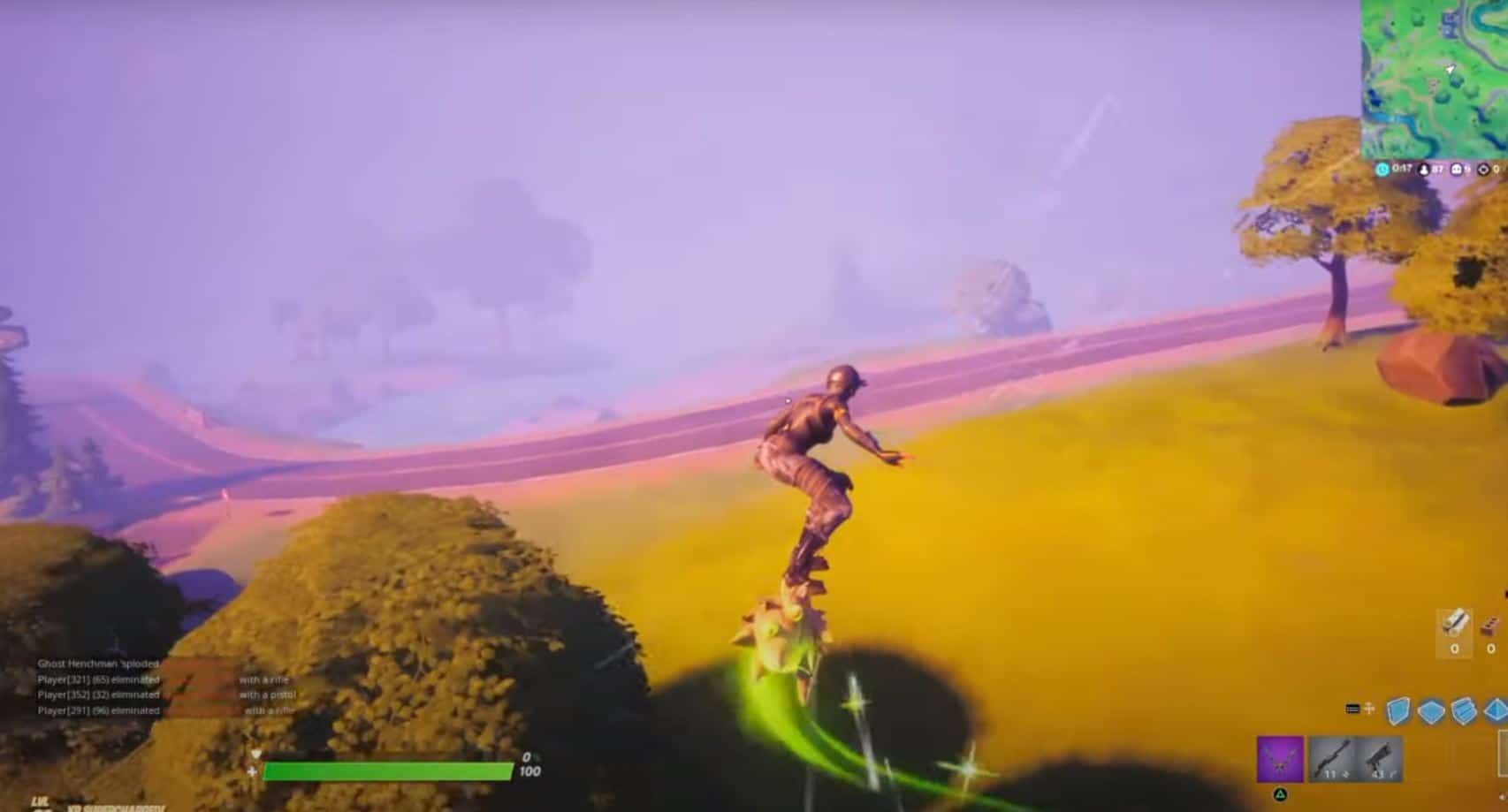 Here’s everything you need to know about the Fortnite Witch Broom including where and how to find it as well as how to travel 100 meters on it.

Fortnitemares 2020 is here ahead of schedule. For the past 2 years, We’ve seen Epic Games release the Halloween-themed Fortnite event a couple days prior to Halloween. This year’s event is called Midas’ Revenge who features as a boss in the normal Fortnite game modes.

As is the norm with holiday events, players have the chance to complete challenges in order to get themselves free Fortnite cosmetics as well as some XP, which will help players looking to get the different foil variants for the Battle Pass skins.

One of the Fortnitemares 2020 challenges requires players to travel 100 meters on a witch broom in Fortnite. Here’s everything you need to know in order to complete this challenge as quickly as possible.

Where can you find a Witch Broom in Fortnite? (Spawn Locations)

Players can find witch brooms around the Fortnite map. However, you can’t actually find them in normal chests or as floor loot. Instead, players will need to find a wooden barrel that will contain a witch broom in Fortnite similar to the barrels that contain fishing rods.

It appears as though players can find and get a witch broom at Witch shacks which are located all around the Fortnite map, Outside a shack you should find a wooden barrel contained the brooms.

There’s a Witch Hut players can find north west of Lazy Link and near the Sentinel Grave and Gorgeous Gorge. If you’re near the zipline near Gorgeous Gorge, head east past the river and you’ll see a shack as seen below:

On the left of the shack in the image above, there’s a wooden barrel outside that’ll contain a witch broom. The witch brooms spawn locations are at every witch shack you find which all look similar.

How to travel 100 meters on a Witch Broom

Finding the witch broom in Fortnite isn’t hard, but it’s the hardest part of the challenge. Once you have a broom, you just need to interact with it when you’re wielding it in your inventory and you’ll be sent flying through the air.

The broom acts the same was that the silver surfer board does and there’s a cool down of 20 seconds. It’s pretty straightforward to then travel 100 meters of the witch broom in Fortnite.