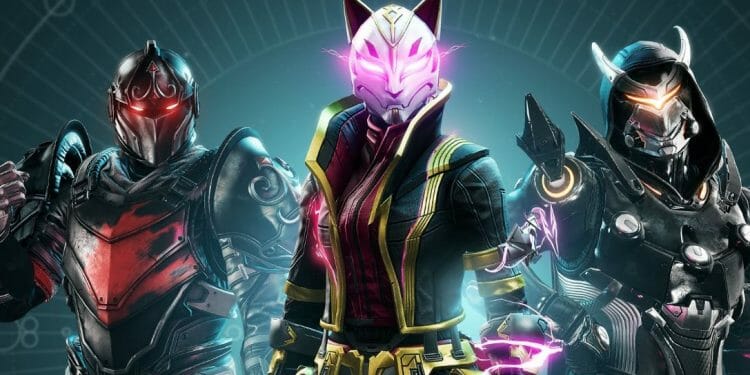 A Fortnite x Destiny 2 collab crossover is coming soon. Here’s everything we know so far thanks to leakers.

Epic Games are continuing to expand its metaverse. We’ve already had Darth Vader and Indiana Jones skin and matching cosmetics, both of which are available in the chapter 3 season 3 Battle Pass.

Last week, the Dragon Ball Super x Fortnite collaboration went live, one of the biggest we’ve seen for a couple of years. Not only did we get Dragon Ball cosmetics in the item shop, but we also got mythic items, Dragon Ball-themed POIs, and challenges with free rewards.

With just under a month to go until the launch of Fortnite chapter 3 season 4, we knew we would be getting another collaboration before the current season came to a close.

A few days ago, Fortnite leakers released information on the next Fortnite crossover collab, Destiny 2 x Fortnite. Information regarding what Fortnite skins would make the crossover was revealed, and we now know which Destiny 2 skins will be in Fortnite.

Epic Games have made an official announcement regarding the Fortnite Destiny 2 crossover collab including what skins and other cosmetics will be available to purchase in the item shop.

Here are all the cosmetics that will be available:

Vanguard of the Titan class and overall Vanguard commander of the Last City, this Awoken Guardian will be available in the Fortnite Item Shop with these related items: 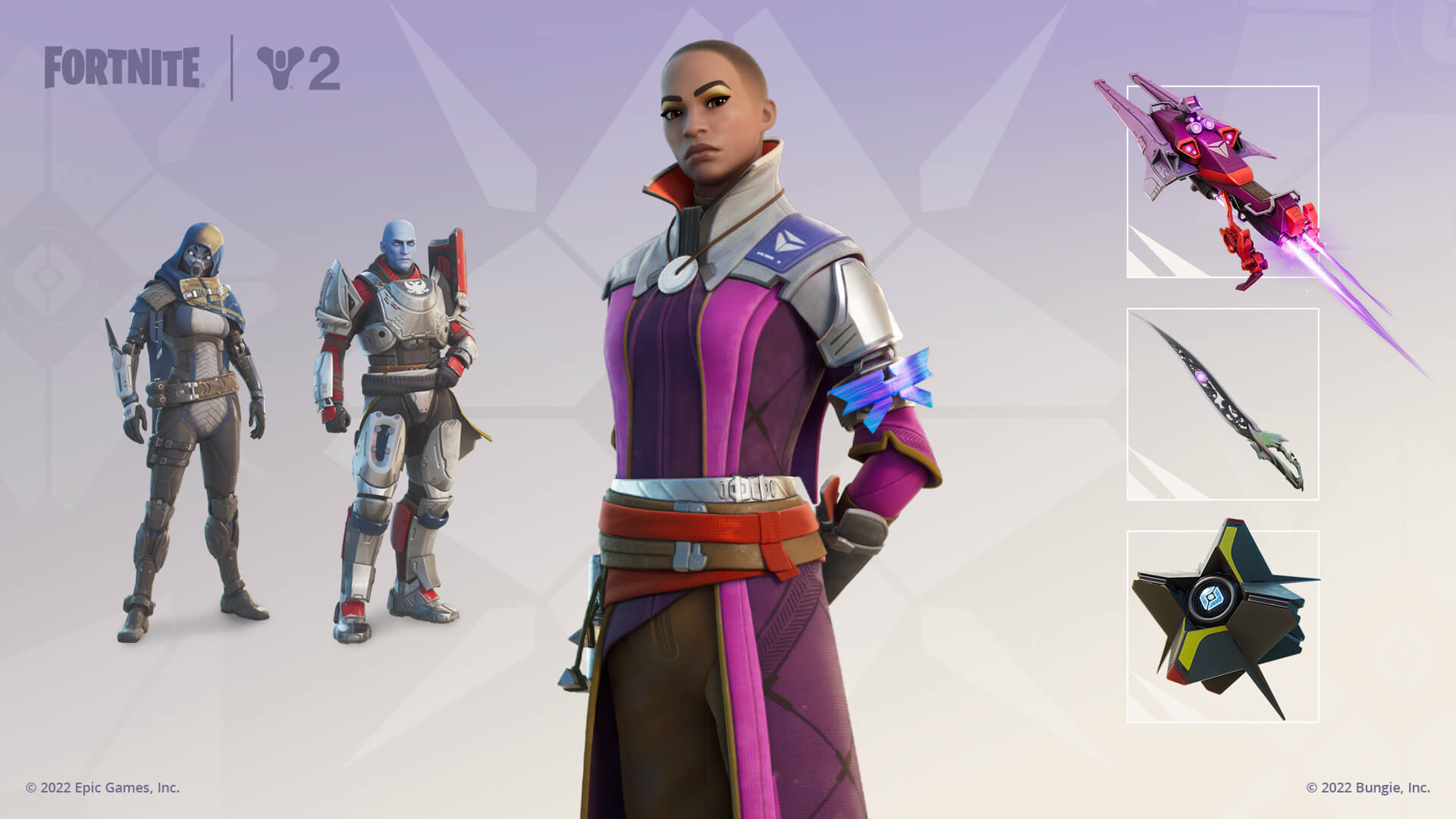 Vanguard of the Warlock class and the greatest Crucible champion the Last City has ever known, this successor of Osiris will be in the Fortnite Item Shop with the following related items: 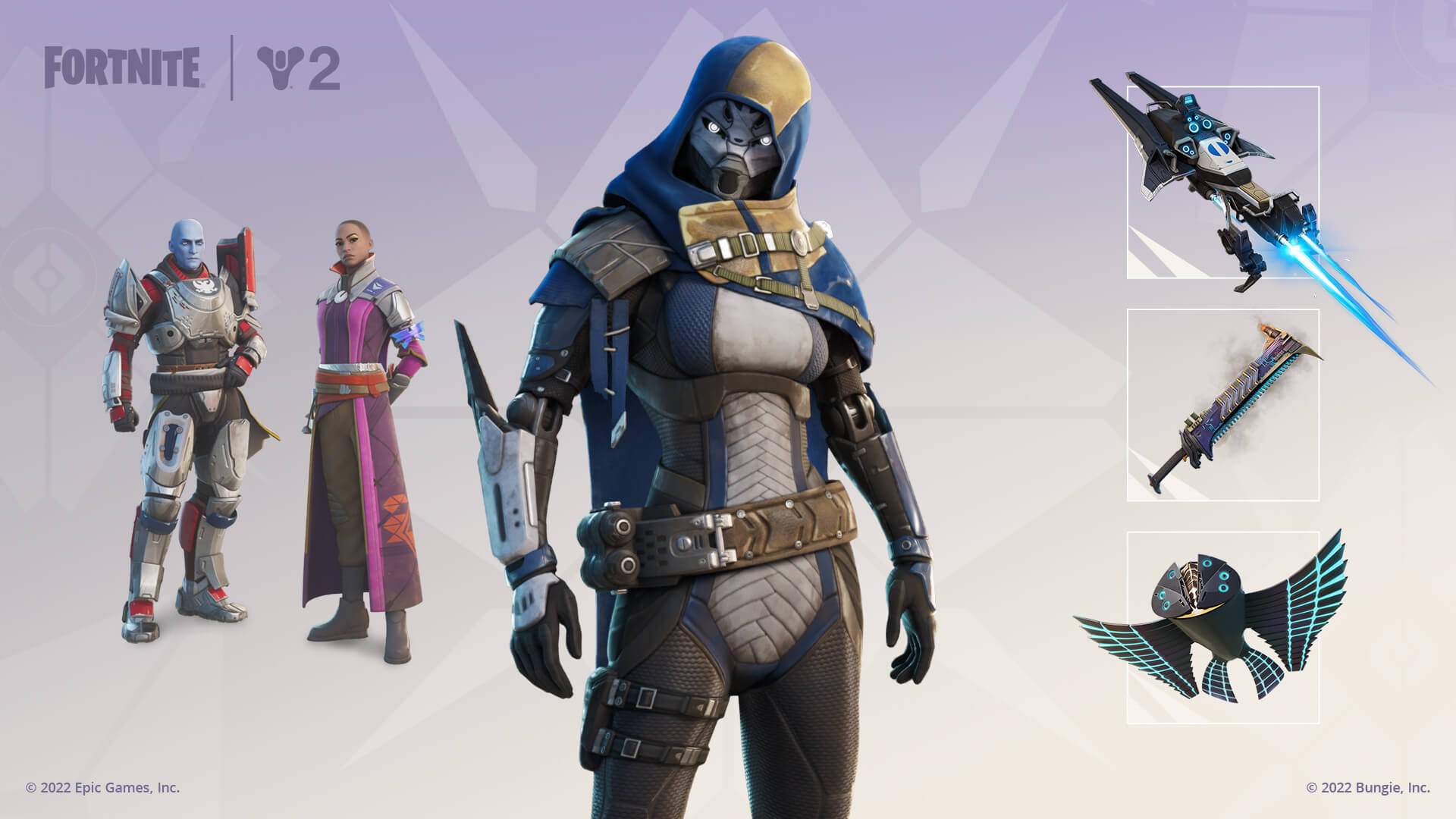 Also known as Elisabeth Bray, this legendary Exo trapped in a time loop is determined to save her sister from the Darkness. Exo Stranger will be available in the Fortnite Item Shop with these related items:

There’s also an Investigate Emote that’ll release as part of the Destiny 2 x Fortnite collaboration that you can see in action below:

The Destiny 2 Fortnite skins will be available today, August 23rd, when the item shop resets.

The Fortnite-themed skins that’ll be in Destiny 2 were leaked by data miners a few days ago. The character models for the skins are Omega, Drift, and Black Knight. Here’s a look at those skins: 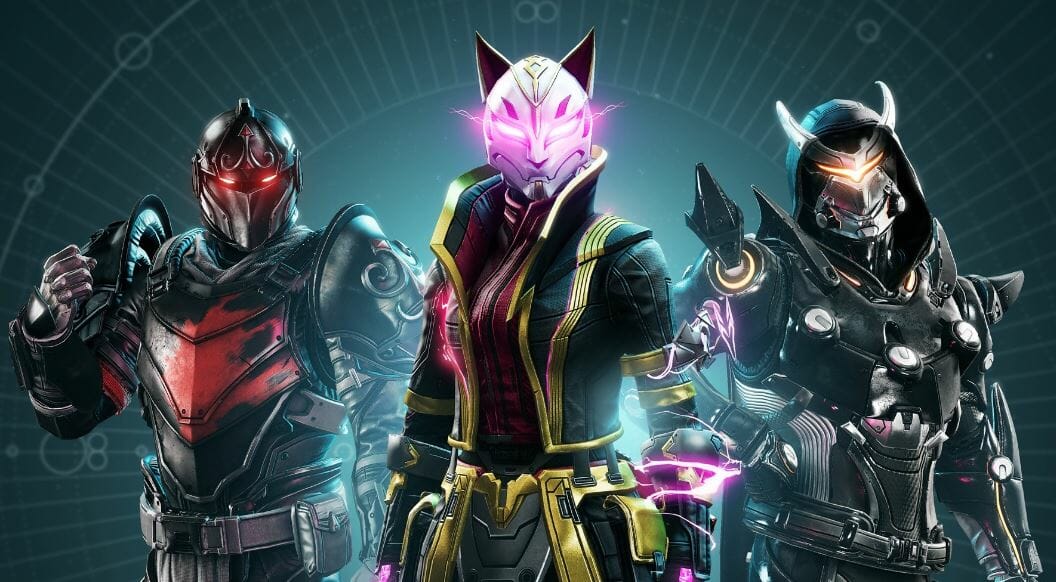