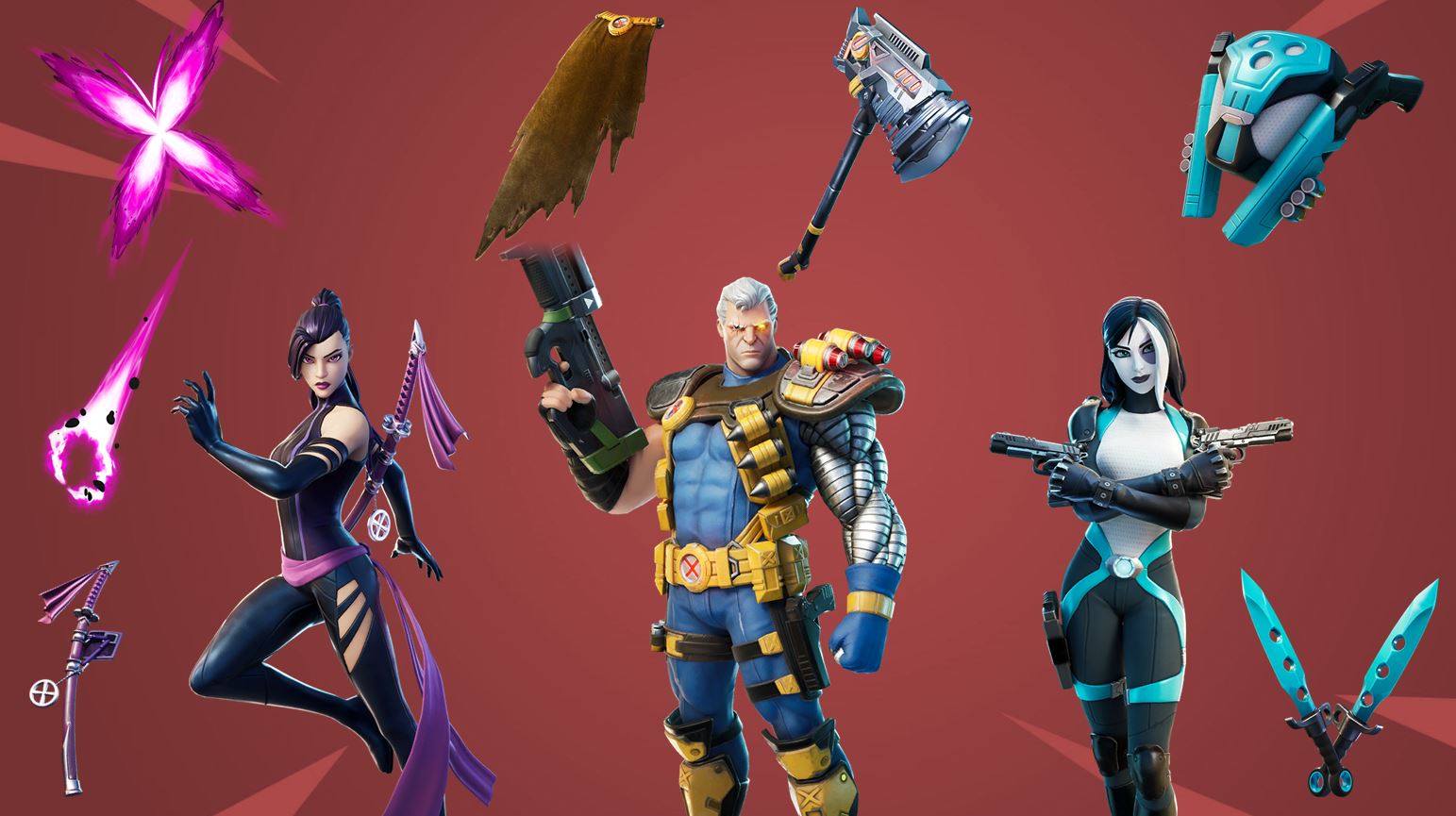 We’ve seen a number of different Fortnite packs/bundles released over the past year and it looks like we’re getting another one. Epic Games have secured a large number of collaborations over the past couple of years for Fortnite, one of which is with Marvel.

Epic originally collaborated with Marvel for the release of Avengers: Infinity War and again last year for End Game. This season, Epic Games and Marvel have yet again teamed up to deliver players the Deadpool Fortnite skin as part of the Battle Pass. Players simply need to complete the week 7 Deadpool challenges in order to unlock the skin.

However, the Marvel X Fortnite collaboration for this season doesn’t end there. According to leaks from data-miners in today’s v12.40 Fortnite update, we’ll be getting a Fortnite X-Force skin pack/bundle. Here’s everything we know so far about the bundle.

X-Force is a team of mutants that deal with covert black-ops missions. X-Force like X-Men is marvel owned, but differs from X-Men as the characters in X-Men are more heroic whereas X-Force is made up of anti-heroes and are more aggressive and lethal.

We know that the Fortnite X-Force bundle will include three skins, three pickaxes, and a glider. Here’s the skins, pickaxes and gliders below.

X-Force was created by Cable, the half-cyborg mutant. The Cable skin is probably my favorite out of the three skins and the description of the skin reads, “Seasoned soldier and master battle strategist”. Here’s a look at the Fortnite Cable Skin:

It’ll come with the Cable Cloak back bling:

Domino was the result of a government program to develop the perfect weapon. She was the only test subject to survive. The description of the skin reads, “Make your own luck”, likely due to one of her powers being a telekinetic act that affect probability in her favor by making improbable things to occur within her line of sight. This causes her to have “good luck” and her opponents to have “bad luck”.

Here’s a look at the Domino Fortnite skin:

As is the case with the Cable skin, Domino will also have a back bling called “Domino Pack”.

Psylocke has the power of telekinesis and can man move, control, immobilize, and levitate objects on a sub-atomic level. Her telekinetic powers are strong enough to move large objects and fly or levitate at high speeds.

Using her telekinetic powers, she can create a number of things including but not limited to force-fields, blasts, weapons and a katanta blade made of raw psi-energy. The description of the skin reads, “Telekinetically enhanced master martial artist”. Here’s a look at the Psylocke Fortnite skin:

She too has her own back bling called “Shurayuki”:

The Unstoppable Force Fortnite pickaxe belongs to Cable. The description reads, “Whatever it takes to survive the fight”.

This pickaxe belongs to Domino and the description of the pickaxe is “Beat the odds”.

In my opinion, the Psi-Rider looks like it’ll be one of the best gliders in the game. The description of the glider is “Harness the power of telekinesis”. Take a look at the Psi-Rider glider below:

We won’t know the price of the X-Force Fortnite bundle until it’s seen in the item shop or leaked by one of the platforms. Again, we’ll update this as soon as the pricing for the set is released.

We’re not sure if the skins, pickaxes, and glider will be available separately, but we’ll keep you updated with the latest information.