On April 22nd, Epic Games revealed that a new five-issue comic book series would be coming to the game, Fortnite x Marvel: Zero War. They will be available for print at comic stores as well as digitally.

Digital copies will be available on the Marvel Comics app and Marvel unlimited. Each issue will include a code for a brand new exclusive Fortnite cosmetics that can be redeemed on the redeem section on the Fortnite website found here.

The first issue of Fortnite x Marvel Zero War will be available tomorrow, June 8th, 2022, and will include a Spider-Man-based outfit that has recently been revealed.

For players that redeem all five cosmetic items, you’ll unlock an additional Fortnite skin that won’t be exclusive with an item shop appearance happening at some time in the future, likely after the final issue has been released.

Epic Games have revealed the first cosmetic that’ll be available, and it could be one of the best cosmetics you’ll be able to get from the Fortnite x [email protected] Zero War comics, a Spider-Man outfit.

The outfit is called Spider-Man Zero and will release tomorrow, June 8. 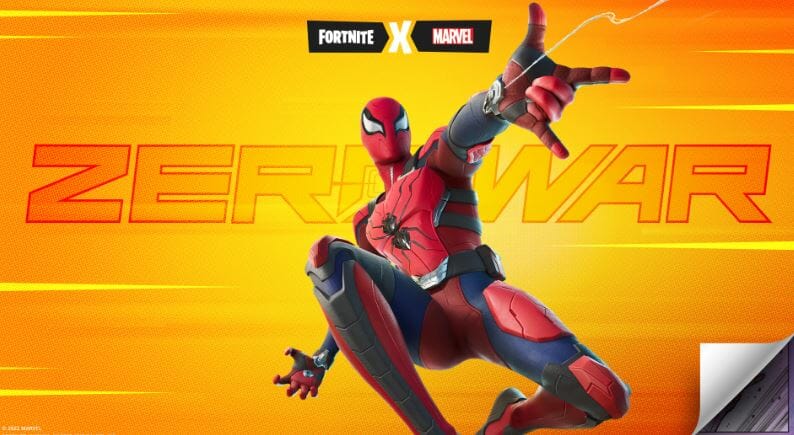 We’ll likely get the reveal of the next comic book cosmetics a couple of days before it’s set to release. Issue #2 is scheduled to release on July 13, 2022. We know it’ll be an Iron Man-based wrap, but we’ll get an image of the cosmetic before the comic book release.