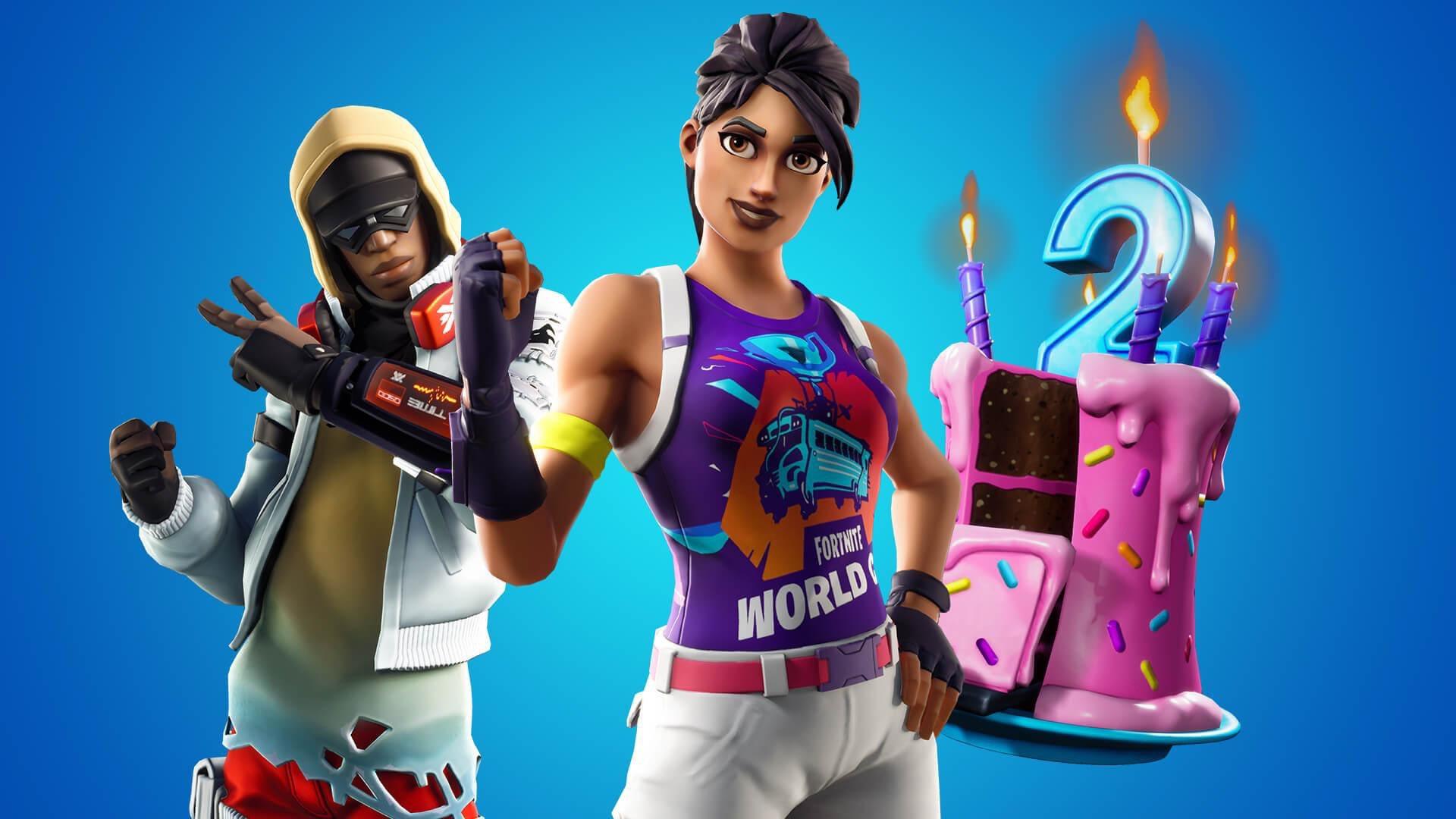 Epic Games have announced an event for Fortnite’s second birthday, which will begin on Thursday, 25th July.

Last year, Epic created an in-game event for Fortnite’s 1st birthday, which included a few challenges along with rewards for completing the challenges. There were also a few cosmetic changes to the map including decorations and birthday cakes. The Battle Bus design and music was also changed for the occasion.

In last week’s v9.40 update, dataminers leaked a bunch of new content that would be coming to the game including the event for Fortnite’s second birthday. The leaks confirmed Epic will be releasing challenges, which upon completion will reward players with cosmetic rewards including a pickaxe, wrap emoji and music pack.

The event will take place on Thursday, July 25th and will end on Wednesday, July 31st. The challenges for the event have already been leaked by data-miners and can be seen below:

All of the rewards you can earn from this event have also been leaked and can be seen below:

Epic recently released a blog post containing all the details for Fortnite’s 2nd birthday event, which can be seen below:

Time flies when you’re having fun, two years in fact. The Fortnite Birthday Celebration kicks off this week starting Thursday, July 25 and runs until Wednesday, July 31. We’re celebrating all over the Battle Royale map with present supply drops, birthday cakes and a gift item you’ll be able to toss to your squad. The Battle Bus will have a music track and be thematically skinned just in time for the party. Additionally, you’ll have the opportunity to earn a Pickaxe, Wrap and more cosmetics over the course of the celebration.

The Birthday Event is already live in Save the World! Complete Birthday Celebration Quests to earn Summer Tickets and unlock the new festive Hero: Birthday Brigade Jonesy. Don’t forget to grab Year 2 Birthday Llamas as they are filled with the “greatest hits” schematics from the past year of Fortnite. The party continues in the store on the 25th with a free Year 1 Birthday Llama… On us!