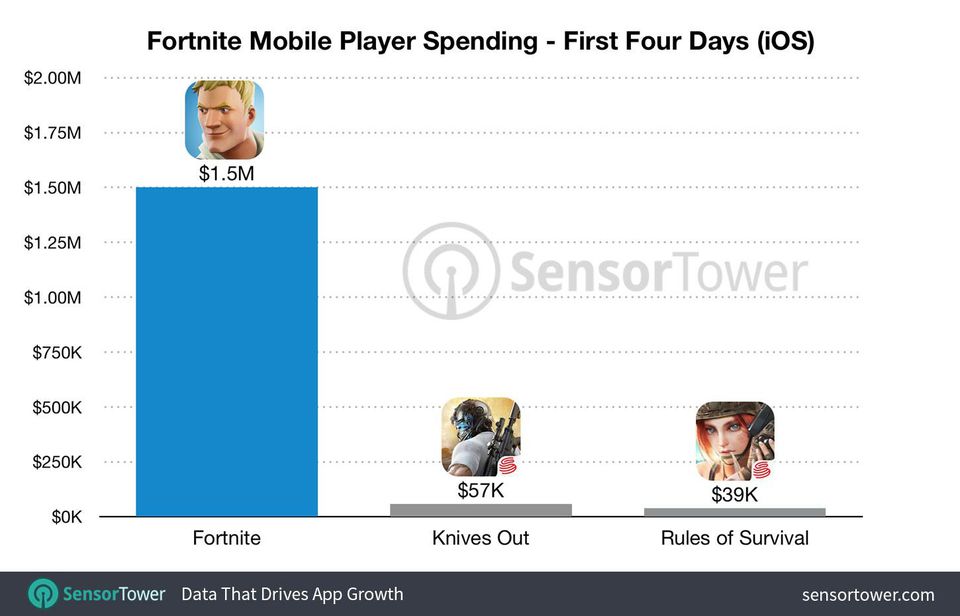 Sensor Tower has released the first revenue estimates for Fortnite Battle Royale on iOS, and it looks very promising. Even though Fortnite is currently only available on an invite only basis, it has topped the download charts in over 40 countries.

Sensor Towers states that Epic has made $1.5 million from Fortnite on iOS so far, with $1 million of the revenue coming within the first 72 hours. The revenue generated from Fortnite on iOS exceeds that of “Knives Out” and “Rules of Survival” over the same period by a substantial amount. Fortnite’s revenue is impressive to say the least, with the game grossing on third as much as Pokemon Go did in it’s first four days, which seems all the more impressive, given the invite only release.