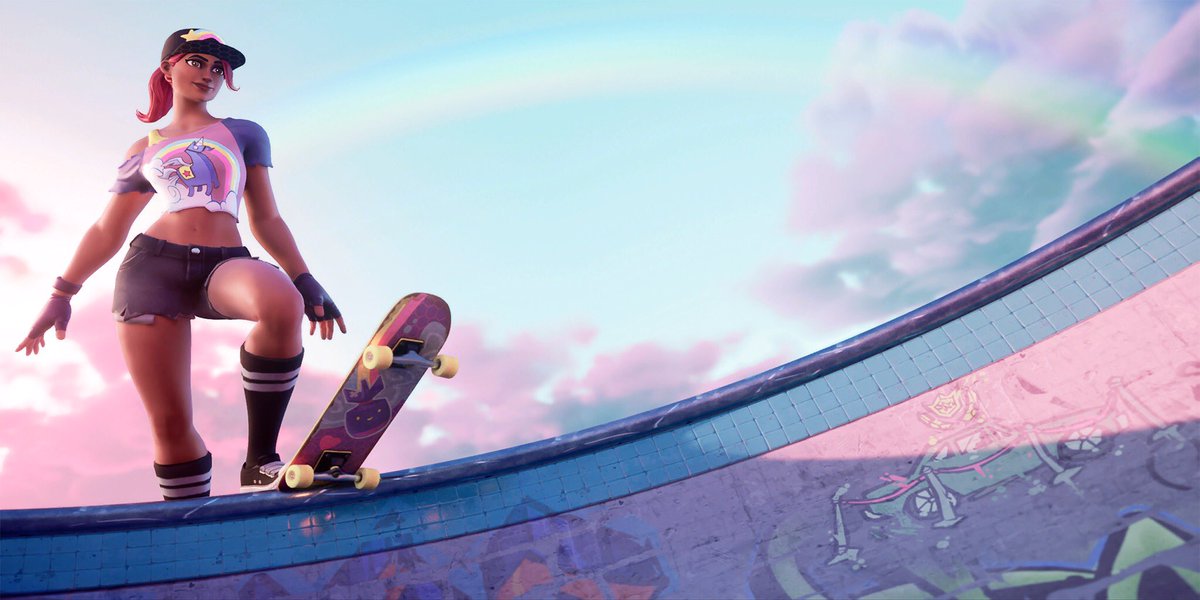 Here’s the location of where to find the Season 9, Week 9 hidden/secret Battle Star for the Utopia Challenge, which is provided by the loading screen.

Fortbytes have been introduced to Fortnite in Season 9 and the loading screen that does not give a clue for where a hidden Battle Star can be found is actually used as a Fortbyte challenge instead.

Once you have completed nine weeks of challenges, you will unlock the following loading screen.

In this loading screen, you can see the leaked Brite Bomber Skin skateboarding. At the time of writing, this skin has not been released yet in the Item Shop but will be seen before the 14 Days of Summer Event ends.

This loading screen does contain a clue as to where a hidden Battle Star can be found, as you can see a car on the bottom right with the Battle Star on top. We have highlighted the clue in the image below if you are struggling to see it.

This car is located at Mega Mall and isn’t too difficult to locate. Once you enter at the entrance of Mega Mall walk to the fountain and then go to the room on the left. Turn right and you should see the car behind the wall and the Battle Star will be on top of it. Here is the car you will be looking for.

We have also highlighted the location of the Battle Star on the map below. Remember the Battle Star will only appear once you have unlocked the loading screen above so make sure it is unlocked before looking for the star.

We have published this article before the official release of the Season 9, Week 9 Challenges, but as the loading screen was leaked beforehand, we know the location of the Battle Star. If for any reason the Battle Star is not here, we will change the location accordingly.

Have you been collecting all your Battle Stars?