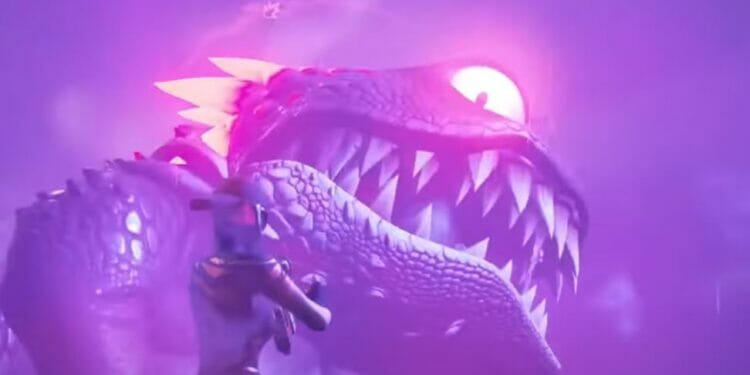 Players are wondering if you can kill Klombo and how much health he has in Fortnite.

We had a major patch update yesterday with the release of the v19.10 patch update. Alongside the return of the chapter 1 favourite named location, Tilted Towers, a new dinosaur was added to the game, Klombo.

Klombo is a large dinosaur that has several spawn locations, with only a few spawning in each match. Players can use the blowhole on the top of his head to get out of tricky situations, or to simply use it as a way of rotating if you don’t have the Spider-Man mythic item.

There’s a challenge in week 7 that requires players to essentially feed a Klombo, and although everyone loves the new wildlife addition, players are wondering how much health Klombo has in Fortnite and whether you can kill him. 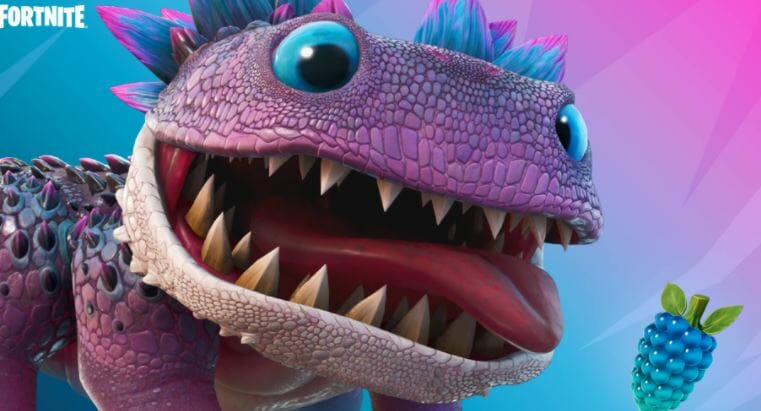 Thankfully, we know the answer to these questions thanks to data-miners and YouTubers spending time to figure out the questions to these answers.

Klombo has 2,000 health according to Fortnite Wiki. However, this information hasn’t come from data-miners, so we’re not sure how accurate this is. We’ll update this if there’s any update regarding how much health Klombo has in Fortnite.

Can you Kill / Eliminate Klombo?

If you’re wondering whether you can kill Klombo in Fortnite, the answer is no. You’ll have noticed that each shot you land on the monster will only deal one damage no matter what weapon you’re using or whether you pickaxe him.

However, some players have reported that they have managed to deal 2 damage on him at times, but this is a rare instance. We know for certain that you cannot kill Klombo in Fortnite as we’ve seen several videos of players trying, but failing.

Popular Fortnite YouTuber, Tabor Hill, who has also leaked data on new seasons accurately, posted a video of 100 players all shooting at Klombo in order to kill him and failing. Every player was consistently shooting at the monster for more than five minutes and still didn’t manage to kill him. 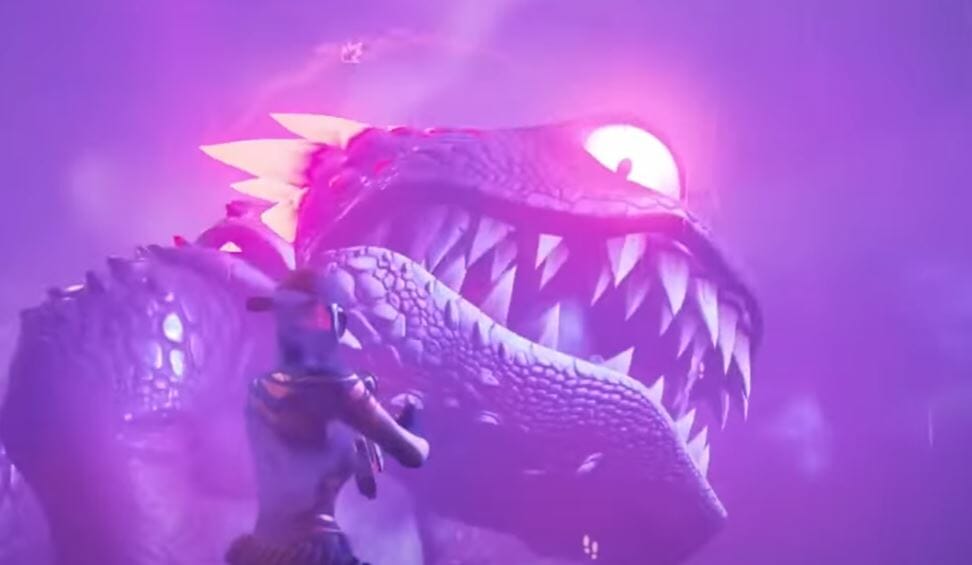 Instead, Klombo managed to eliminate every single player and if he didn’t, the players eventually died to the storm. It was assumed that the eyes were a weak point and would help kill the monster, but that doesn’t appear to be true and there’s definitely no way you can eliminate him.

We do not recommend bothering trying to kill Klombo because ultimately, you’ll be wasting your time. Whether this changes in the future is yet to be seen. There are already rumors that there’s a global health bar and when players deal enough damage in multiple games, the new dinosaur will die and Tilted Towers will be destroyed.

Makes absolutely no sense, but there have been stranger things that have happened in Fortnite. Anyway, don’t touch Klombo, he’s a gem.