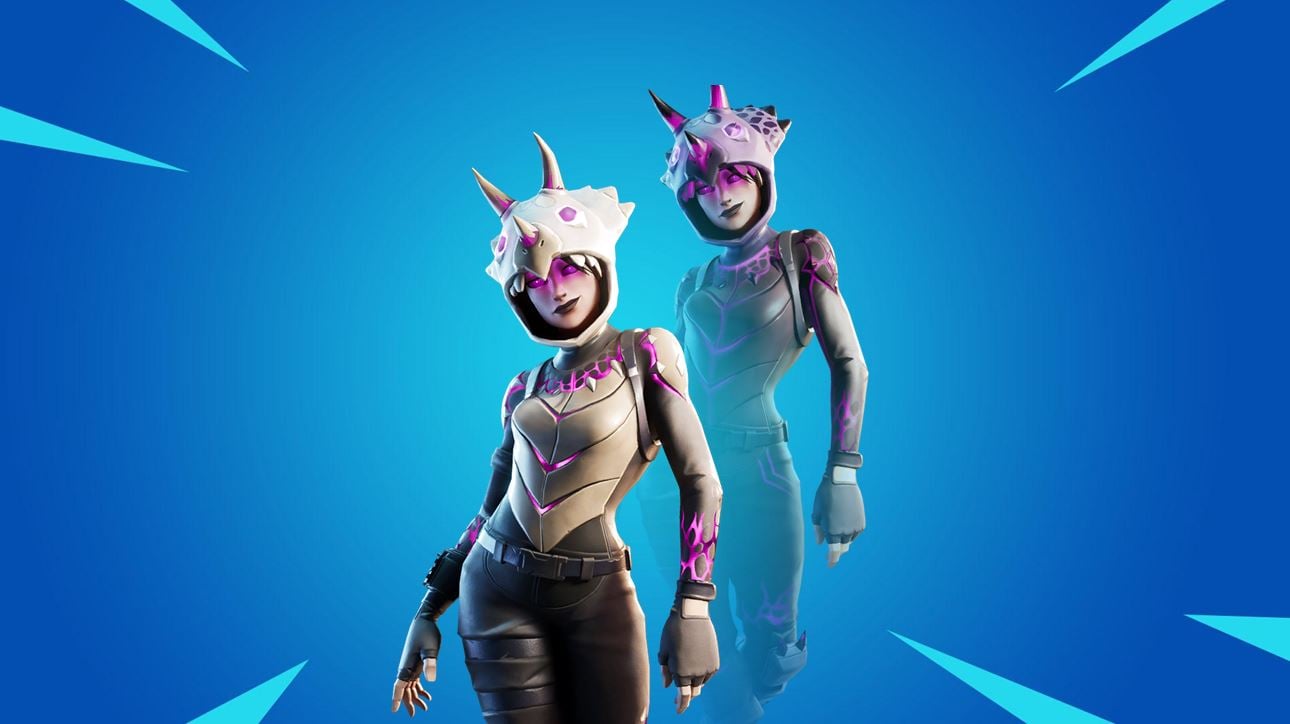 Here’s how Nintendo Switch players can get the leaked Dark Tricea Ops Fortnite skin for free.

Dataminers leak new Fortnite cosmetics in every patch/client update including skins, pickaxes, emotes, wraps, and more. Not all of these skins are available in the Fortnite Item Shop as some of the skins are part of bundles or packs. The latest packs added to the Fortnite store are the Wavebreaker and the Final Reckoning.

In the v11.01 and v11.10 updates, there were a number of new Halloween-themed cosmetics, most of which have been released in the Fortnite Item Shop. Some of the skins released during Fortnitemares include Hemlock, Peely Bone, Haze, Wrath, Delirium and more.

One of the skins that has yet to be released is the Dark Tricera skin. This is a Halloween-themed reskin of the Tricera Ops skin. Dataminers assumed that this skin would be available in the Fortnite Item Shop similar to how the Peely Bone skin, which is a Peely reskin, was available to purchase in the shop.

However, it seems players in Japan can get the Dark Tricera Ops skin for free along with other cosmetics. Here’s how to get them.

How to get the Dark Tricera Ops Fortnite Skin For Free

In order to get the skin for free, you’ll need a Nintendo Switch. You’ll then need to participate in the “Switch Cup Japan”. You can change your region to Asia in the Fortnite settings in order to see the tournament in your playlist.

You’ll then need to earn 20 points in order to get the Dark Tricera Ops skin for free. Players can also get/unlock other cosmetics for acquiring 1, 10 and 20 points in the tournament.

There are two event dates for the Switch Cup Japan. The time for the second and final tournament begins at 10pm PT and will end at 12am PT.

There’s no information regarding whether the Dark Tricera Ops skin will be available to purchase in the Fortnite shop. If for whatever reason Epic decide to keep it as an exclusive for the Japan Switch Cup, it will be one of the rarest skins in the game.