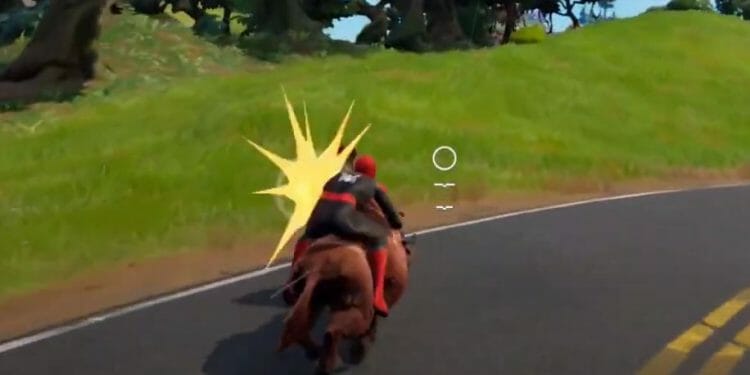 Players are tasked with headbutting an opponent for one of the week three Fortnite chapter 3 season 3 challenges. Here’s how to do it.

It’s been a couple of weeks since the launch of Fortnite chapter 3 season 3. Since launch, we’ve had a content update that introduced the Grapple Gun to the game alongside some weapon balancing changes to the Combat SMG, Striker Burst Rifle, and more.

This week, the first major update of the season was released, v21.10. The patch added Darth Vader as a boss with his lightsaber being the reward for defeating him. It works the same as the other lightsabers that have been in the game in the past, the only difference is you’ll be able to throw it.

The E-11 Blasters were added back to the game which can be found in Imperial Chests at Vader landing sites. The super level styles for five of the Battle Pass skins were also added and are available to unlock. Malik, Evie, Adira, Sabina, and Stormfarer are the outfits that players will be able to unlock the Platinum Rift, Lapis Slurp, and Auric Blaze styles for.

The new patch added the weekly challenges for week 3 and week 4. One of the week 3 challenges requires players to headbutt an opponent while riding a boar, and here’s how to complete the challenge.

How to Ride a Boar in Fortnite

The ability to ride wild animals was added with the release of Fortnite chapter 3 season 3. In order to ride a boar, players need to jump on a boar’s back to tame it.

Where to Find Boars

The locations where you can find boars in Fortnite are quite random. However, it seems like you have a better chance of finding them in certain locations which we’ve listed below:

Headbutt an Opponent With a Boar in Fortnite