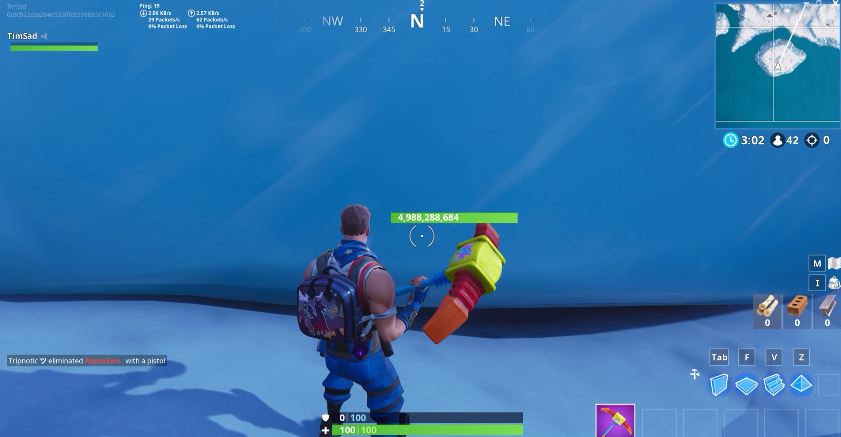 Seems like a new bunker will be uncovered soon, as the health of the ice boulder is depleting.

There are a lot of files added in the v7.20 update and it appears there have been a few changes made around the map including a change being made to the iceberg located south west of the map.

Reddit user TimSad has gone to the ice boulder and as you can see in the video below, the health bar on the boulder shows that it is decreasing slowly every second.

The ice boulder on the island next to Happy Hamlet has an expiration (health) bar. from FortNiteBR

You can cause damage to the ice boulder by hitting it and the health is decreasing as players all over are hitting the boulder. Players have previously been able to be see under the ice boulder, which shows that there is a bunker located underneath. When the health is depleted, it is possible that the bunker will be accessible, but it is not yet known what this will reveal.

It will take a while for the health bar to go to zero, but we will keep you updated with any changes with the ice boulder.

UPDATE: The ice has broken. Click here to see the in-game footage.