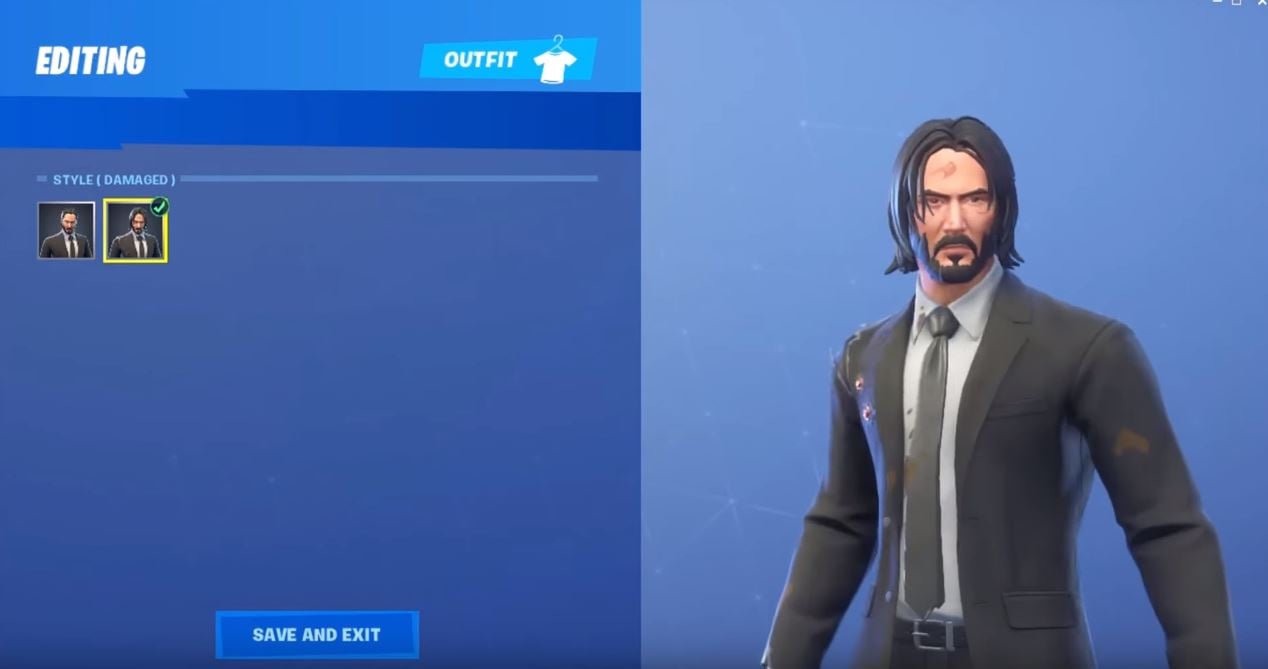 In today’s v9.01 update, dataminers leaked the upcoming John Wick skin that’ll be available to purchase in the Fortnite Item Shop along with the Back Bling reward. Here’s footage of the leaked skin in-game.

Today’s v9.01 Fortnite update, Epic nerfed the Drum Gun by reducing the base damage from 26/27 to 22/23. The Baller also received a nerf with the health being reduced from 200 to 150. The Compact SMG was vaulted to make way for the new Tactical Assault Rifle.

During downtime for today’s update, dataminer Lucas7Yoshi_ was the first to leak the John Wick skin. The full image of the skin along with the “damaged” additional skin style was then leaked by several other dataminers along with the Back Bling, which will be a reward from the Fortnite X John Wick “Wick’s Bounty” limited time mode.

Whilst the John Wick skin will be available in the Item Shop, the Back Bling will be rewarded to players who complete a Wick’s Bounty LTM challenge.

Here’s a close up of the John Wick skin:

The John Wick, Chapter 3 – Parabellum movie releases on Friday, May 17th in the United States and Europe. We’ll likely see the Wick’s Bounty LTM go live then, but nothing has been confirmed.

Epic released a teaser image for the Fortnite X John Wick collaboration through the in-game news feed, and we could see another one released tomorrow along with a confirmed release date and time.