Is Fortnite Down Right Now April 19 2022? Fortnite Server Status – When Will the Servers Be Back Up? 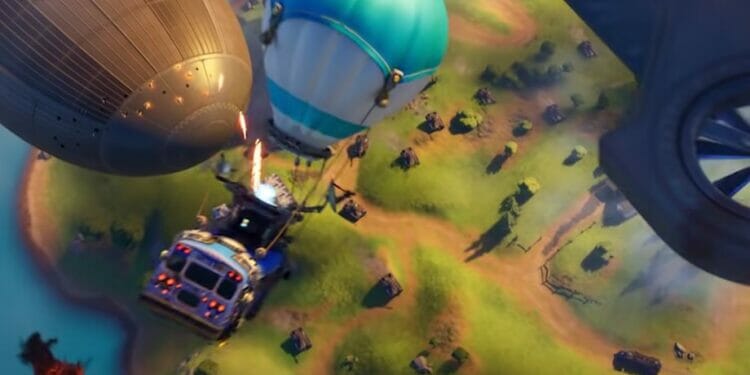 When there’s scheduled maintenance for an update, the Fortnite servers always go down in preparation for the new update. here’s the current server status on April 19th, 2022.

It’s been a month since Epic Games released Fortnite chapter 3 season 2. The new season introduced two new mechanics to the game, tactical sprint, and mantling. However, the updates that have followed haven’t provided anything major.

The addition of the two new movement mechanics provided Epic with a chance to temporarily removed building in order to get players to test out mantling and tactical sprint.

Building has since returned to the game after a delay pushed back when it was added back to the game. Originally, data-miners confirmed that building will return nine days after the season launch, which meant it would come back last Tuesday.

Building has since been added back into the game following a delay. Initially, data miners confirmed that the building would return nine days after the season’s launch, which meant it would return on a Tuesday. However, it was actually added back on Saturday, April 2nd, 2022.

The season got off to a great start with a large number of players from chapter 1 returning to see how the game plays without the building mechanic. Although building is back in the core game modes, there’s a Zero Build permanent LTM where wins will count, unlike other limited-time modes.

We had the first major Fortnite update of the season two weeks ago, and Epic Games have announced the release of the second one along with downtime for the new patch. Here’s everything you need to know about downtime.

Every time a new patch is announced for Fortnite, it’s tweeted on the official Fortnite status Twitter account. The announcement will always include the time the servers will go offline for scheduled maintenance, and today is no different.

The Fortnite servers are currently down and will remain down for at least two hours, which we’ve based on the downtime duration from previous updates over the past few months. The current Fortnite server status today (April 19, 2022) can be seen below. 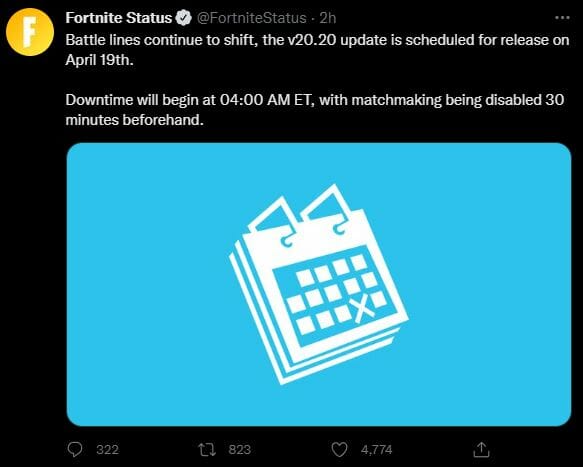 The Fortnite servers ARE BACK UP on April 19th, 2022. We’ll update this as soon as they’re back online. In the meantime, why not try our Fortnite edition of Wordle over HERE.