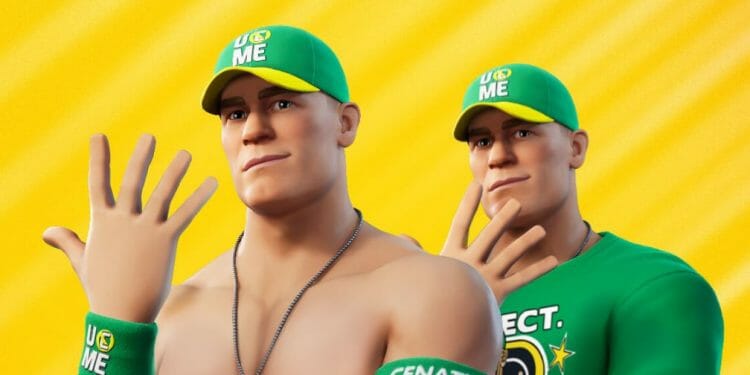 Epic Games have announced that a John Cena Fortnite skin will be available to purchase from the item shop soon.

Epic has made it clear they are focusing on building out their metaverse. From the first collaboration way back in chapter one season four to the current season that includes cosmetics that are part of a collaboration.

Both Indiana Jones and Darth Vader are in chapter 3 season 3 Battle Pass, and we’ll likely get more cosmetics this season with more than six weeks to go. We’ve had seasons in the past that are all a collaboration, namely chapter 2 season 4.

That was a Marvel-themed season that not only included a Battle Pass full of Marvel-only cosmetics but there were a number of mythic items and named locations that were Marvel-themed, some of which came later on in the season.

Although we haven’t had a repeat of chapter 2 season 4, we always get collaboration cosmetics followed by further cosmetics that are available during the season that are released in the item shop.

We should be getting a Dragon Ball Z x Fortnite collaboration, which judging by the leaks, could be the biggest collaboration we’ve had to date in terms of challenges and items that’ll be added to the game.

Epic have also recently confirmed the next collab skin, John Cena x Fortnite. Here’s everything you need to know about the upcoming collaboration including the release date, all the cosmetics that’ll be included, and more.

The Fortnite John Cena skin will be available to purchase in the item shop along and will include two different outfit styles, Entrance Gear, and Ring Gear. The John Cena set will also include the WWE Championship Title Back Bling, the open-hand Five Digit Slapper Pickaxe, and the U Can’t C Me Emote.

Here’s a look at the skin and cosmetics: 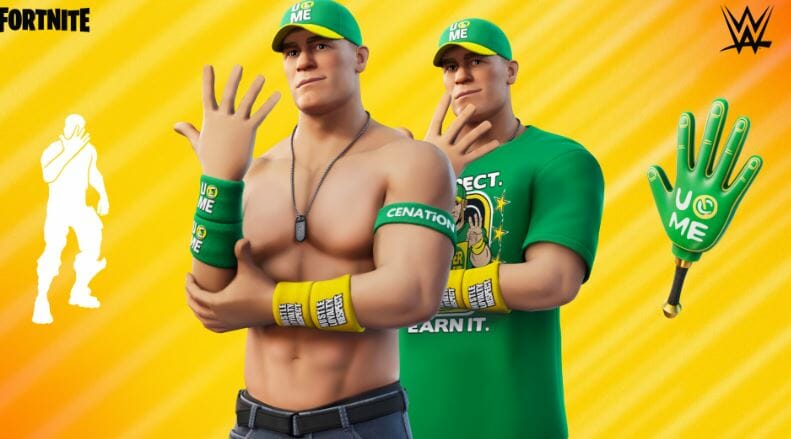 John Cena will be available to purchase in the item shop starting July 28th, 2022, at 8 PM ET. There’s no information on how much the skin will cost or how long it’ll be available in the shop.