Jump Through Flaming Rings in a Vehicle All Fortnite Locations 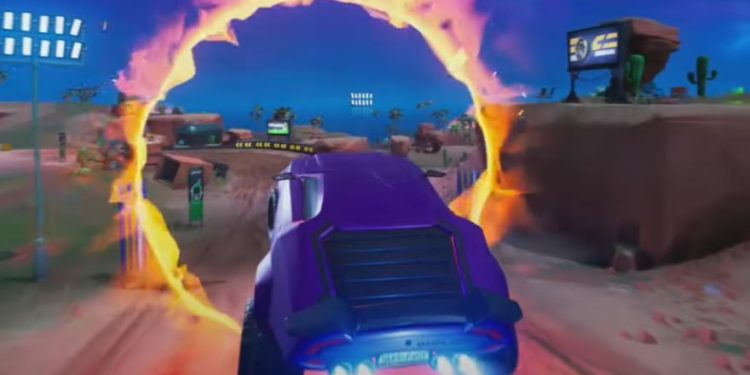 The locations in Fortnite chapter 3 season 1 of where to jump through flaming rings in a vehicle.

We’re finally in Fortnite chapter 3 season 1 although some players are having difficulty logging in. Epic Games have placed most players trying to log in into a queue. However, once they’ve reached the estimated time that they’ll be a in queue, they aren’t able to log into the game anyway.

For those lucky enough to get in. You can jump into a game and check out the new map, sliding and camping features and purchase and unlock the season 1 Battle Pass.

A new season always brings new challenges and chapter 3 season 1 is no different. We have the same challenges system to last season and there are several different types of challenges players can complete.

One of the week 1 quests require players to jump through flaming rings in a vehicle and here is how and where to complete the challenge as quickly as possible.

The Battle Pass trailer showed a race track in the desert biome which is where you’ll find the flaming rings. The race track in chapter 3 is called Chonker’s Speedway and is located on the south side of the map.

Here’s the exact location where you’ll find it:

You’ll find a vehicle at the start line as seen in the image below: 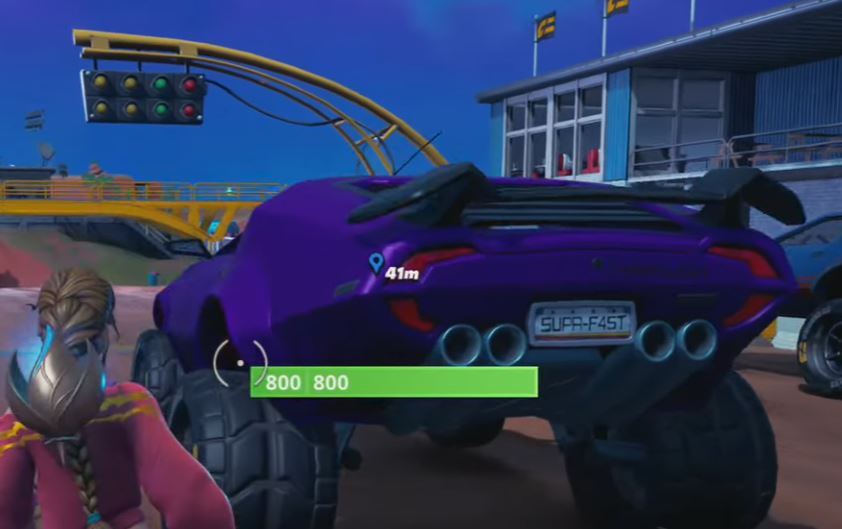 Get into the vehicle and go towards the right side, you should find a flaming ring to jump through and if you keep following the track around, you’ll find another ring.