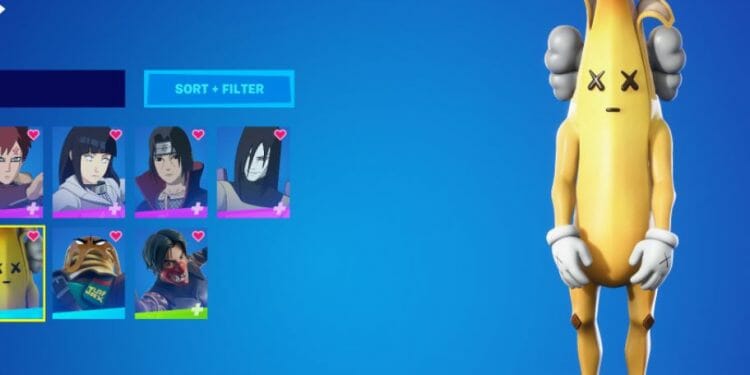 Epic Games are constantly expanding their metaverse. From the first collaboration back in chapter one season four to outfits and cosmetics available in the chapter three season three Battle Pass including Indiana Jones.

Most Fortnite collabs only include cosmetics that are available to purchase in the item shop. However, some collaborations include a cup that allows players to earn the skin for free before they make their way into the item shop.

Other collaborations include an event or concert along with challenges. Part two of the Naruto x Fortnite collaboration includes a bunch of Nindo challenges that provide players with some free cosmetics including a glider and wrap. 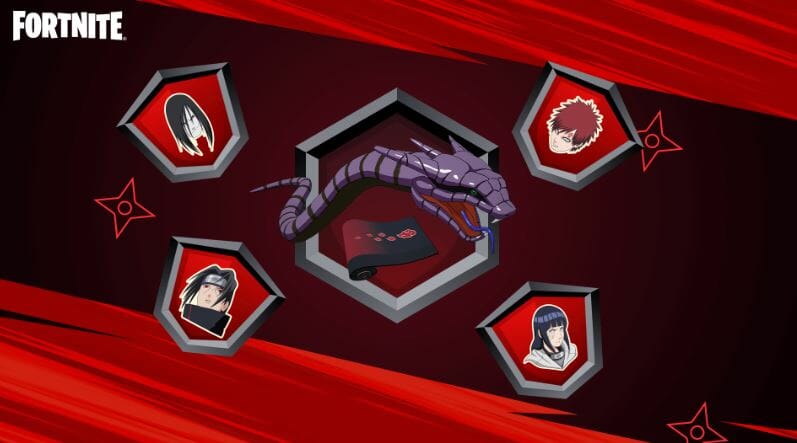 Fortnite leakers posted information regarding an upcoming collaboration with a well-known artist. Kaws, an American artist, posted a teaser an hour later that confirmed another Kaws x Fortnite skin would be coming to the game.

An official announcement is expected from Epic Games through a blog post on the official site, but data miners have leaked the cosmetics that’ll be available in the set.

The collaboration will include the Kawspeely bundle being available to purchase in the shop. Here are all of the cosmetics that are in the set:

Here’s a look at all of the cosmetics that’ll be available: 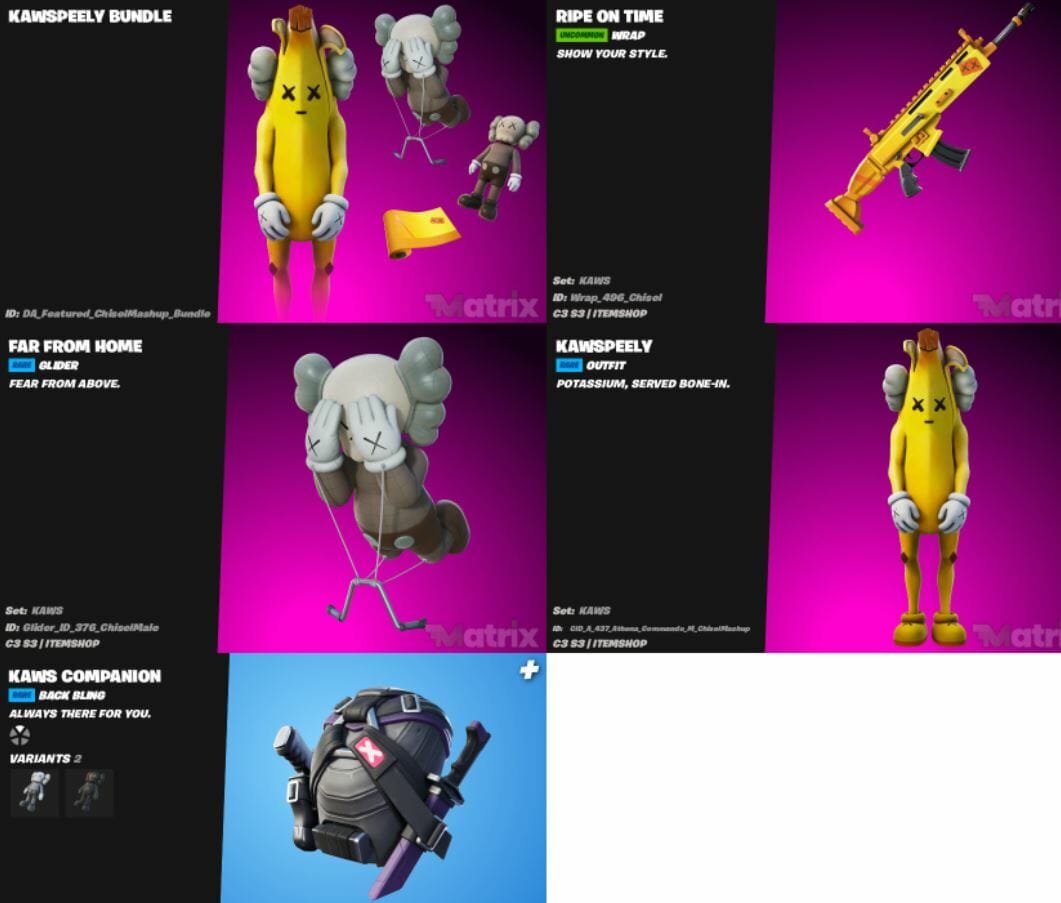 As already mentioned, there’s been no official announcement from Epic Games regarding the Kaws x Fortnite collaboration. However, as soon as the blog post is released, we’ll update this with the release date for the Kawspeely skin set. We expect the skin to release this weekend.