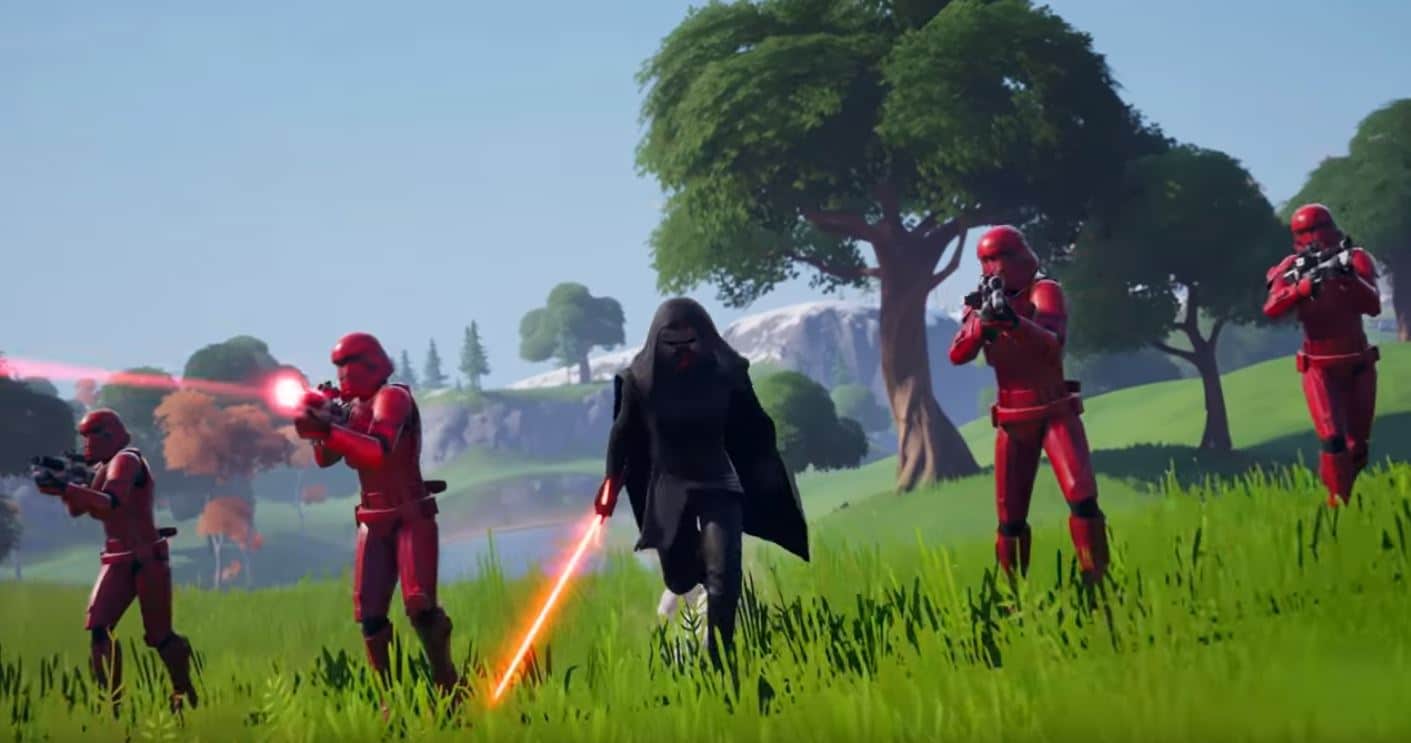 Epic released three Fortnite Star Wars skins prior to the live event that took place last week. Finn, Rey, and Sith Trooper were all available along with the Riot Control Baton and Rey’s Quarterstaff pickaxes and the First Order TIE Fighter Glider.

There’s also three cosmetics available upon completing all of the Fortnite Star Wars challenges. After the event concluded, dataminers leaked two skins that were previously encrypted.

If you haven’t yet seen the Kylo Ren skin that was leaked by dataminers as well as being teased by Epic Games in the Fortnite X Star Wars gameplay trailer, you can take a look at it below:

The leaked pickaxe for Kylo Ren that was leaked today has no name or description, so we’ll have to wait and see what the details are when it’s released in the Fortnite Item Shop. Here’s a look at the pickaxe:

As well as dataminers leaking the Kylo Ren skin, the Zorii Bliss skin was also leaked.

Along with the Millennium Falcon glider that was leaked, which is available for free in a present from the Winterfest Cabin, the glider for Zorii Bliss, Y-Wing, was also leaked:

When Will They Be In The Fortnite Item Shop?

Obviously there’s no guaranteed date when the Kylo Ren and Zorii Bliss skins will be in the item shop, however, with Star Wars: The Rise of Skywalker premiering today in a large number of countries, it’s likely we could see the skins in today’s Fortnite Item Shop.